WHEN Alice Ballinger decided to take the plunge and undergo weight loss surgery, she couldn't wait to feel more confident about herself.

But the 39-year-old was left devastated when two years after the operation her teeth started to fall out. 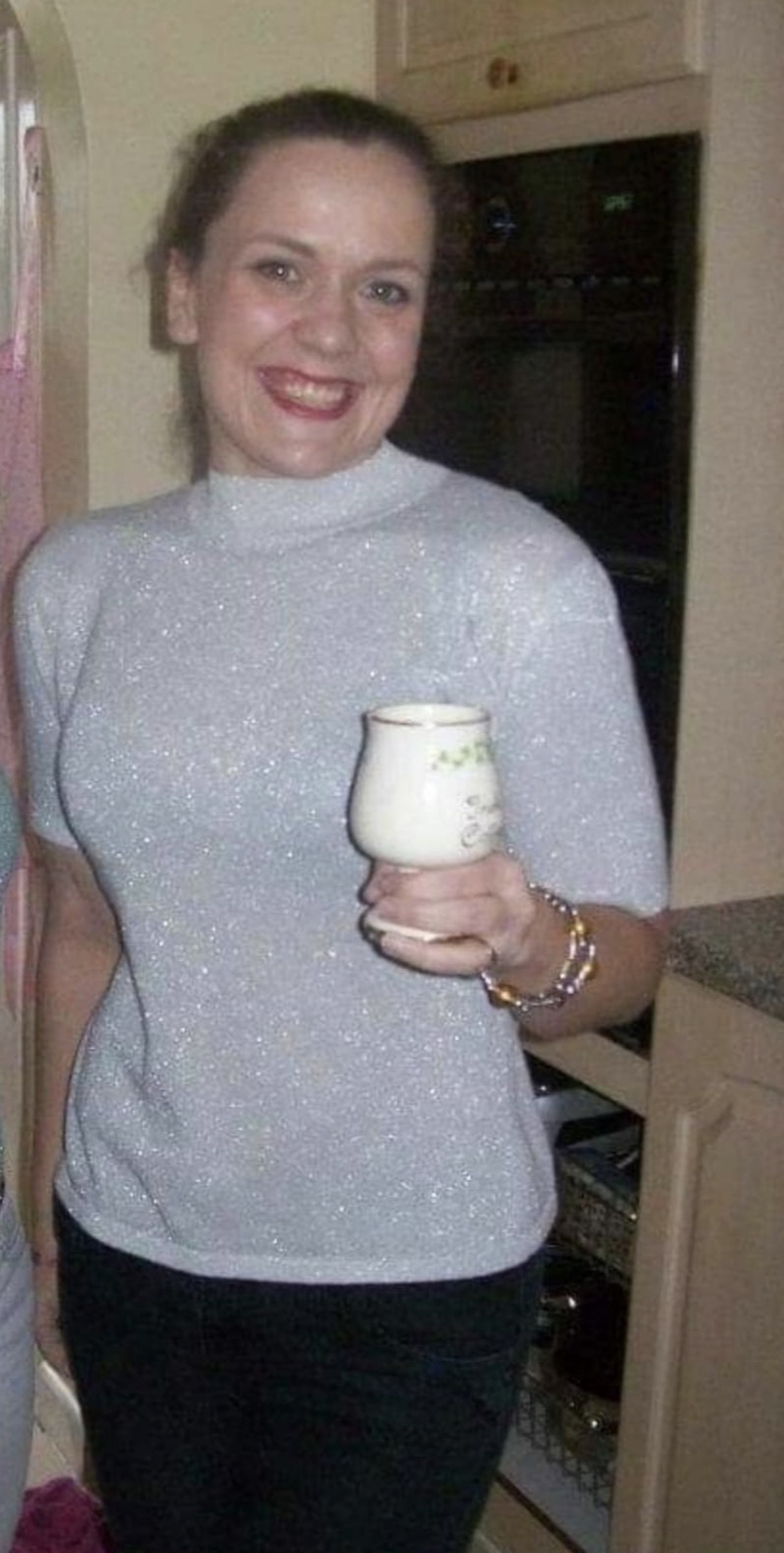 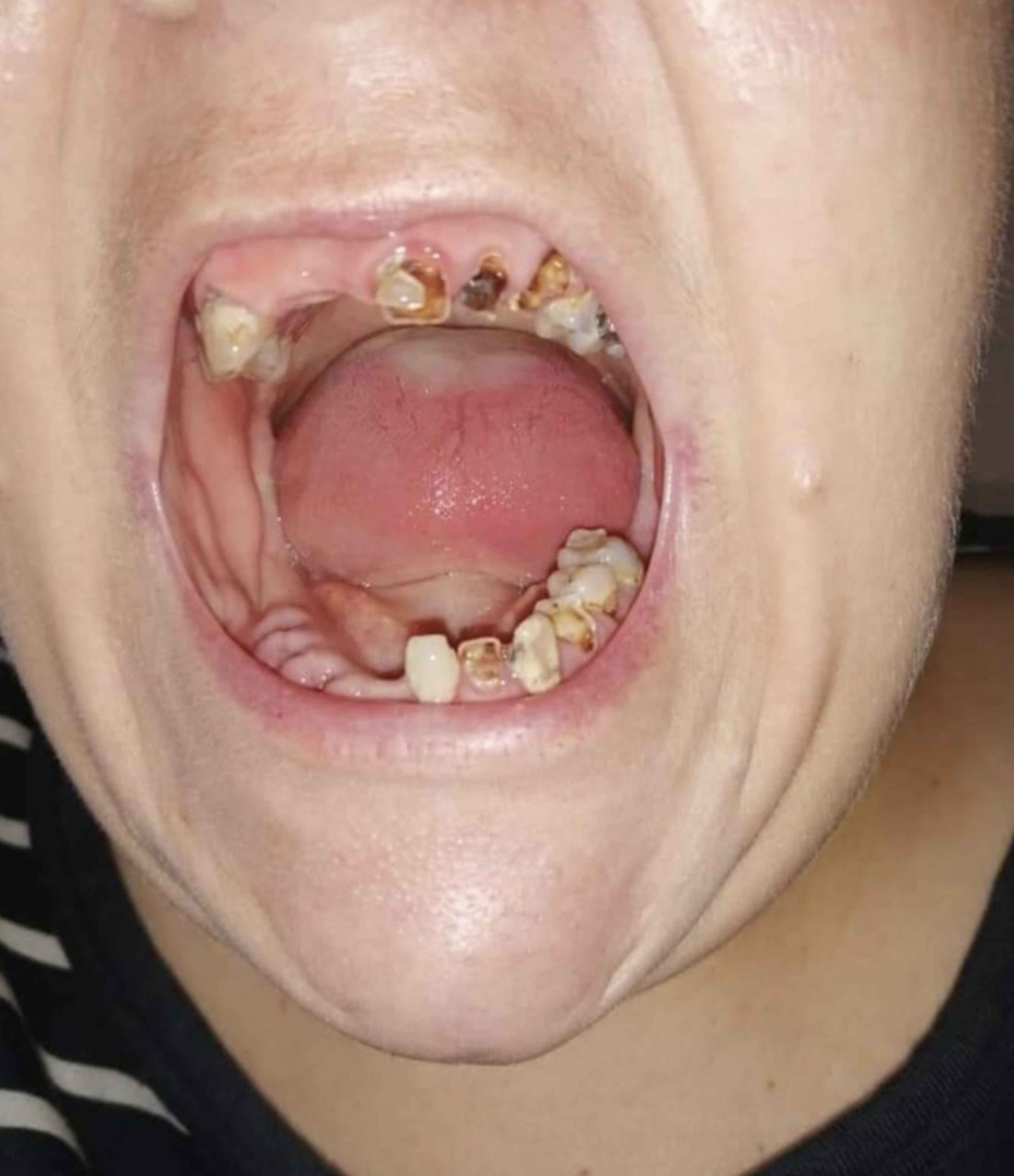 Alice, from Malton, North Yorkshire, weighed 22st 4lbs when her GP advised her to consider having a gastric bypass in 2012.

In less than a year, the former data analyst went from a size 26 to a size 8 and dropped a whopping 13st.

She was initially ecstatic with the results, but then her health took a drastic nosedive.

Alice said: “I thought my life would be all sunshine and roses but it is the complete opposite.

“The bypass completely destroyed my body as my muscles began to wear away.

“My hair was falling out and my straight, white teeth started to crumble.” 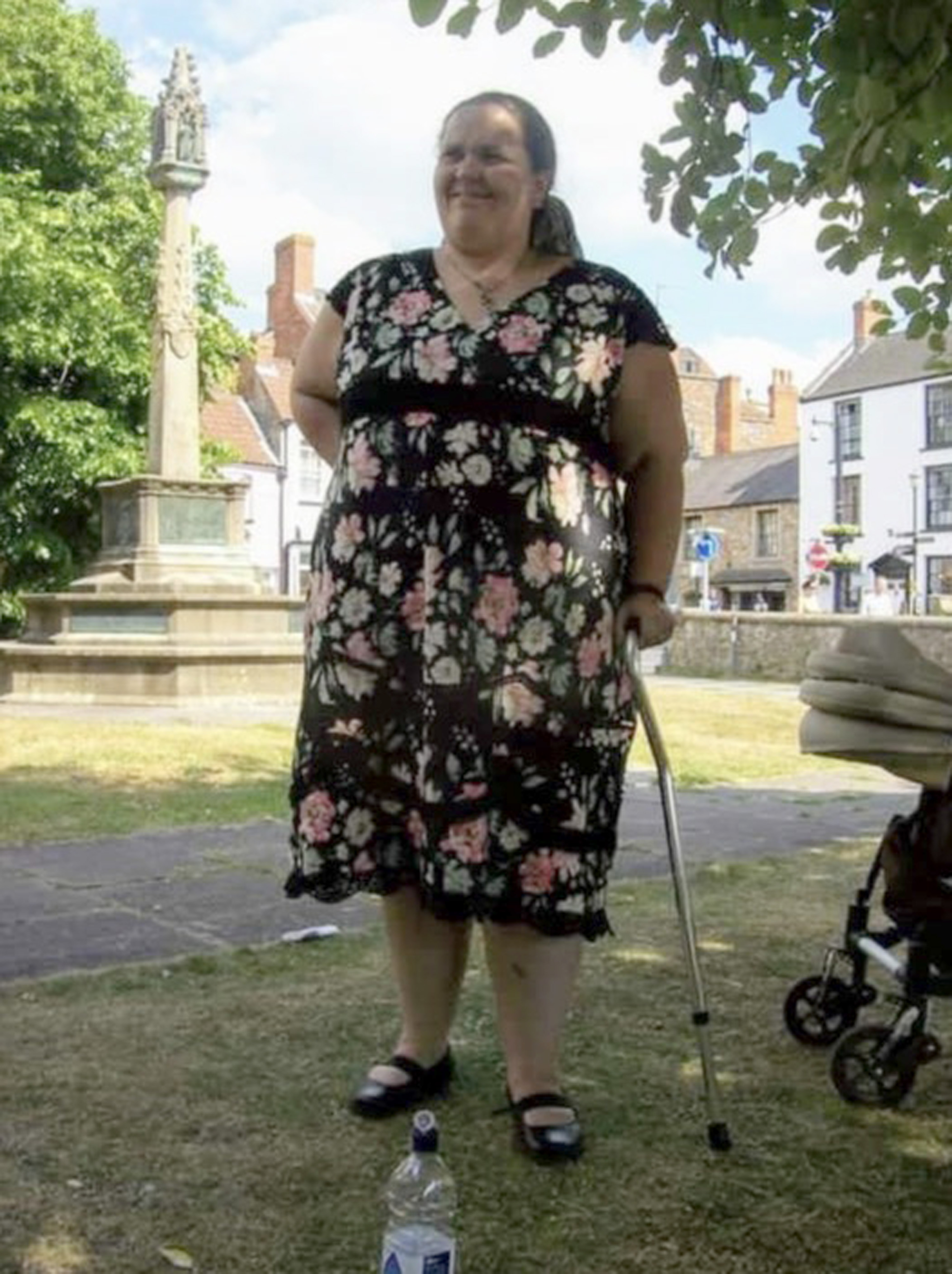 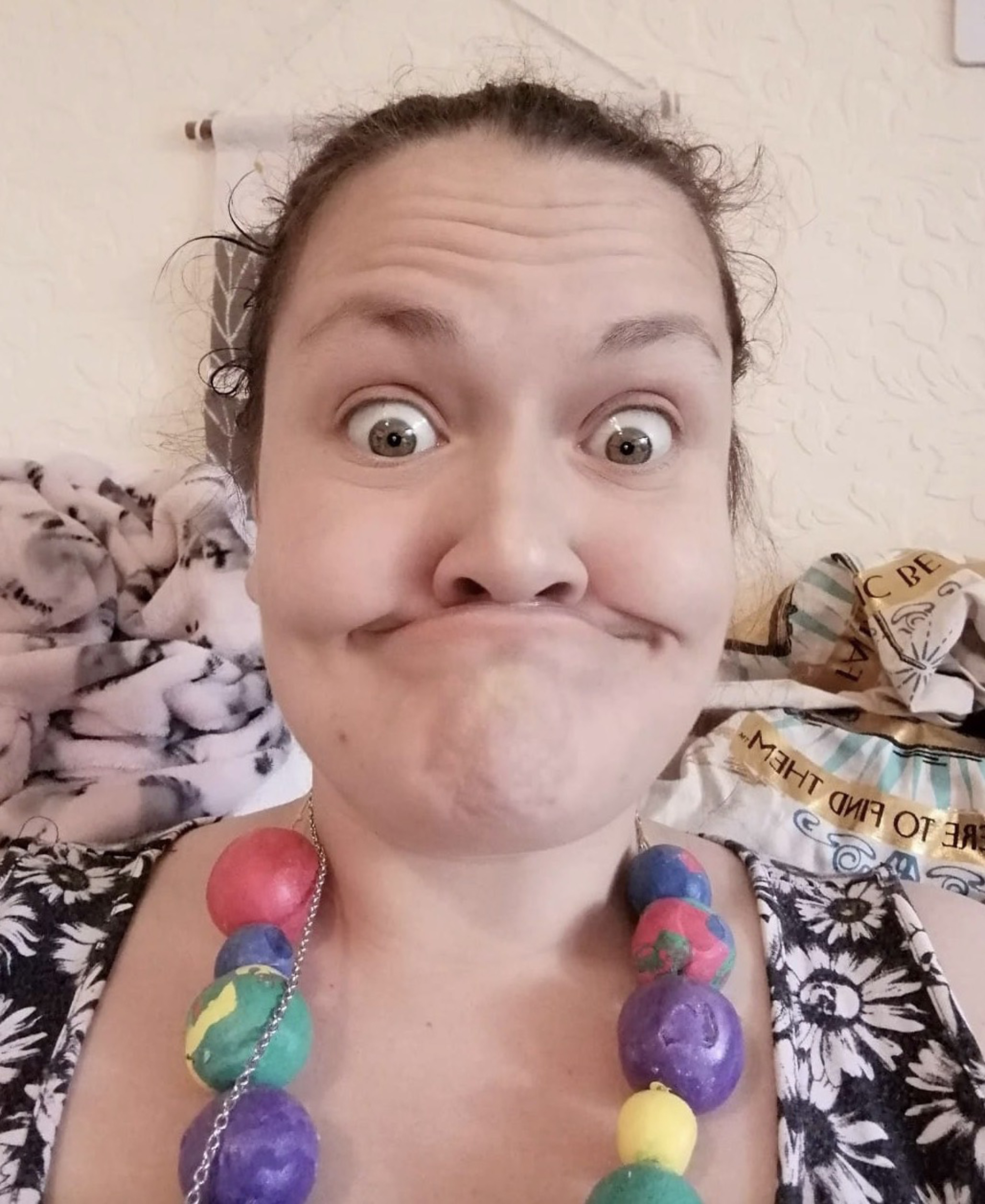 Alice said she was baffled as she didn't smoke and had never even had a filling before.

She said: “I wasn’t told about the side effects of a gastric bypass – it all sounded so great."

She said: “My teeth were breaking and then getting infected. I was so shocked and confused.

“I was eating a goat cheese panini and half of my wisdom tooth fell out in 2012.

“Followed by my other three wisdom teeth which were removed immediately.

“My teeth kept rotting regardless of how many times I brushed them.

“I’d wake up in the morning and spit parts of a tooth out.

“I had massive holes in my teeth and was prone to abscesses." 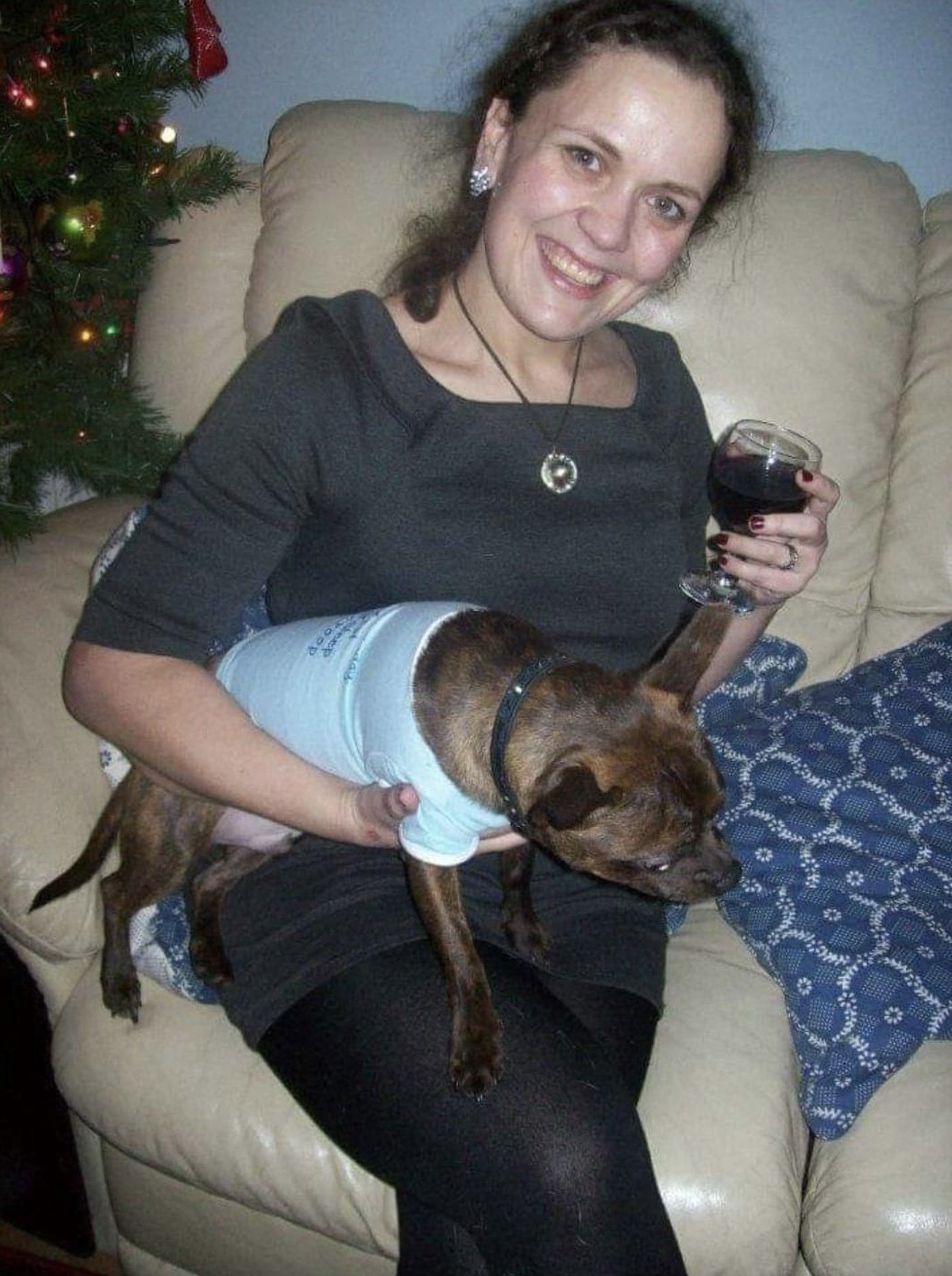 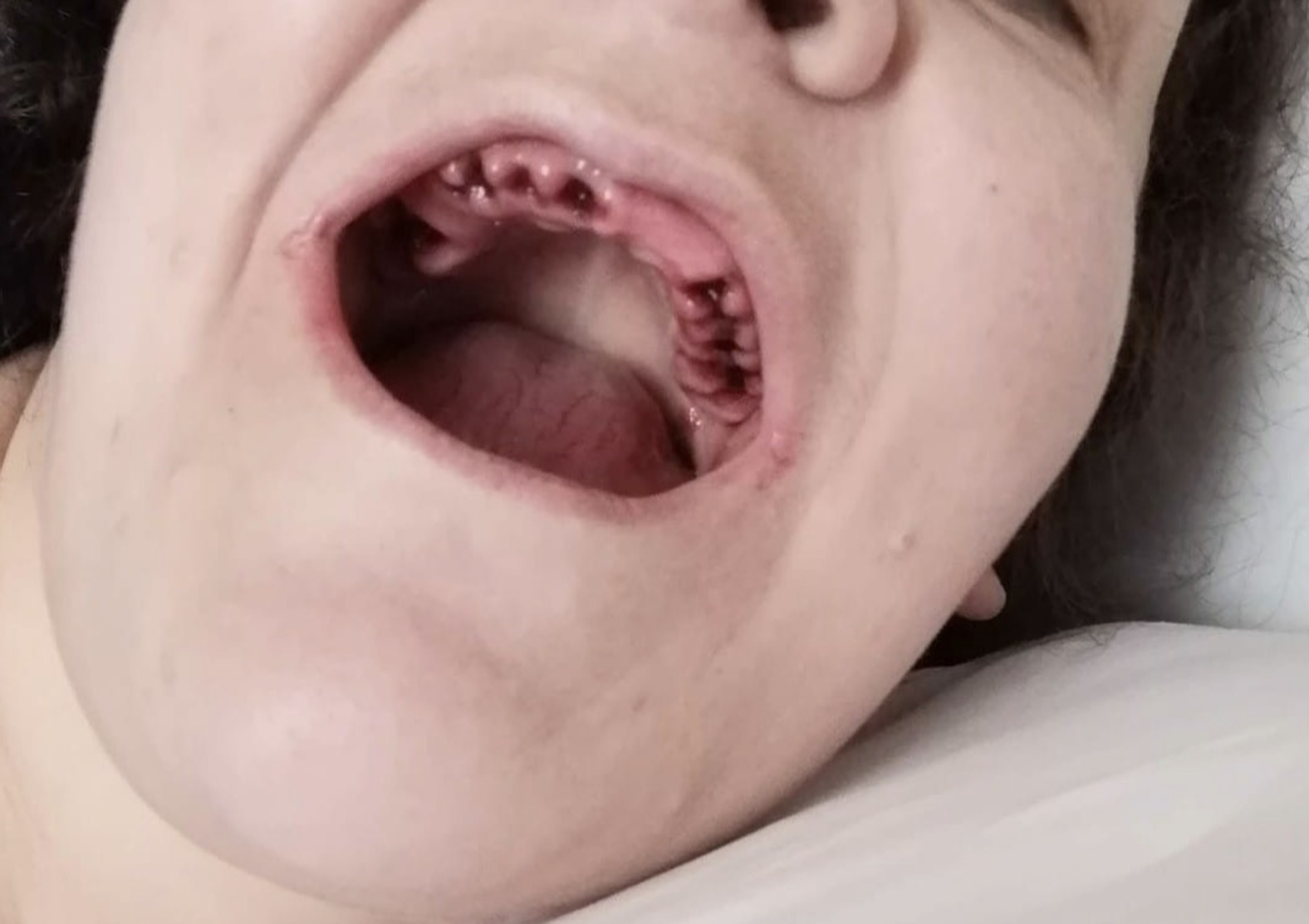 Alice went to see a dentist who suggested it could be a side effect of the weight loss surgery as it can cause acid reflux which leads to tooth decay.

She suffered with reflux for some time and recalls "choking during the night and gasping for air".

In 2015, Alice was diagnosed with Ehlers-Danlos Syndrome – a condition that causes very flexible joints and stretchy and fragile skin.

She said: “The bypass sped up all the symptoms of EDS.

“It disabled me more than the condition as I rapidly lost weight and then my muscles began to disappear.

“My joints were so weak and even getting out of the bath would cause my hip to dislocate.

"I've been taking liquid morphine for to ease the pain which has a high sugar content." 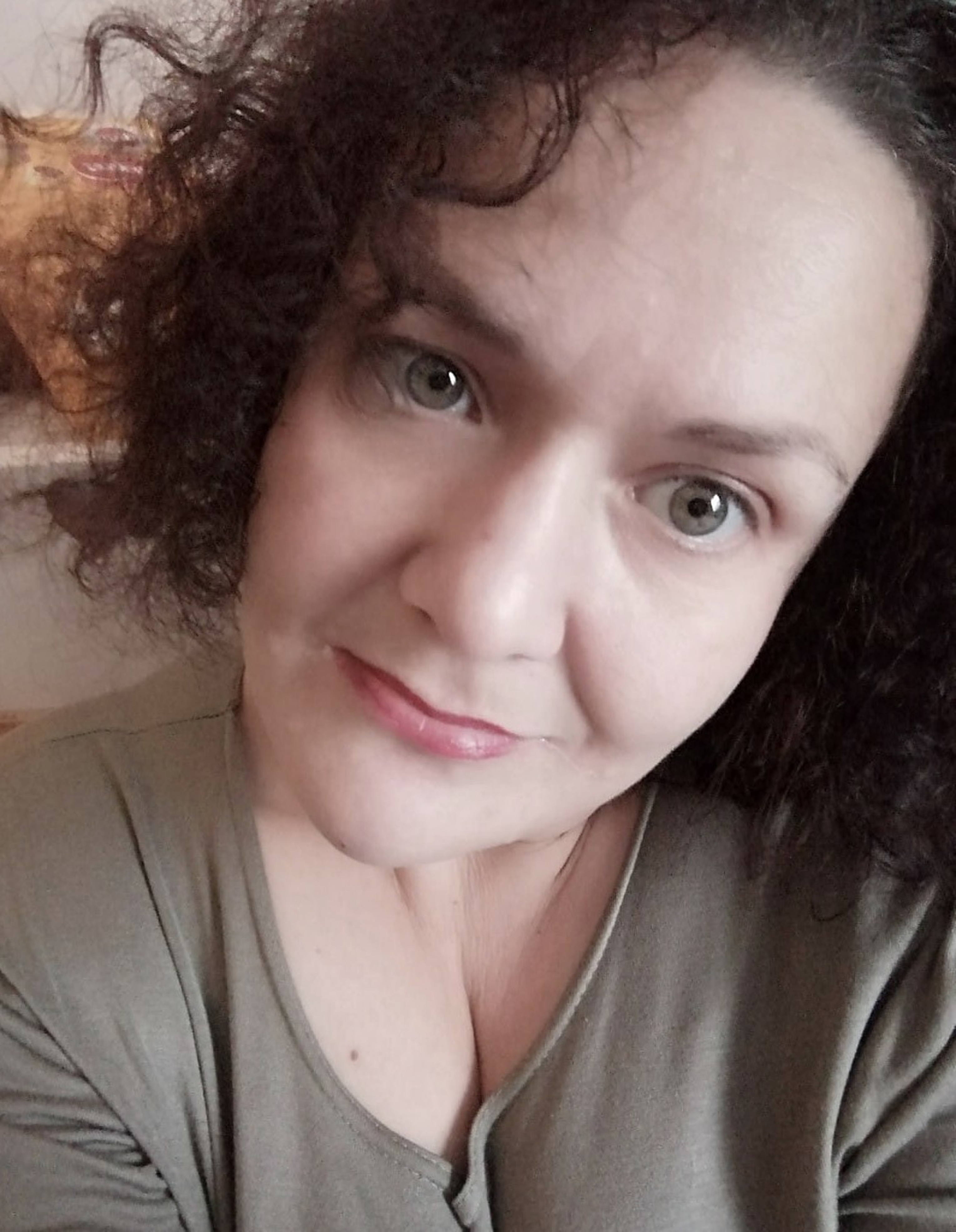 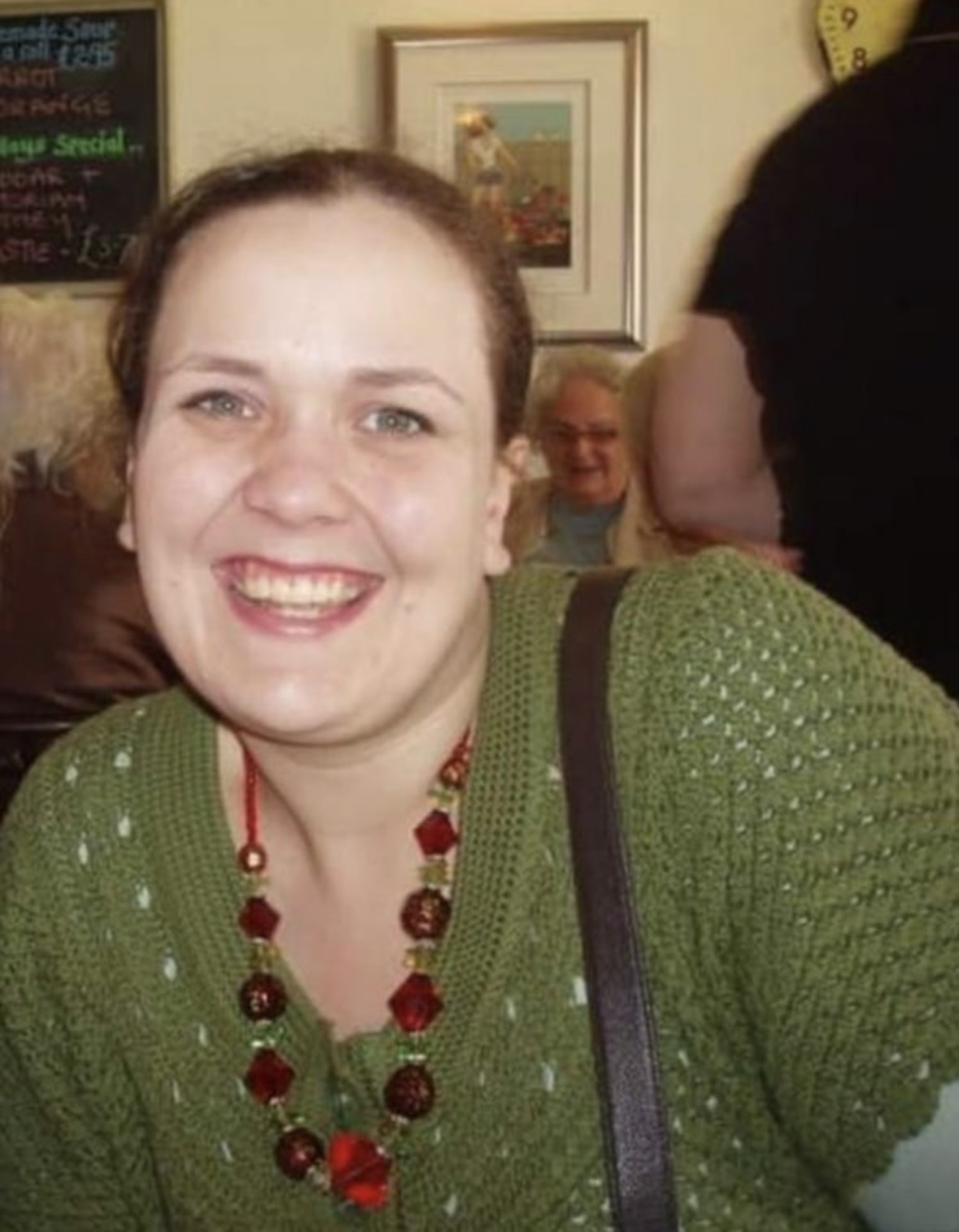 The definite cause of her tooth loss remains unknown, but Alice blames the bypass.

She had 76 fillings and four extractions before having some of her teeth removed in 2017.

Eventually, Alice – who is almost 40 – decided to have the rest of them extracted in September this year.

She says people treat her as if she is double her age, adding: “I used to be really cheesy and smile all the time but now I can’t.

“I’ve been given some dentures on the NHS but they are far too big.

“Everything to do with dentures is aimed at the elderly.

“Friends have sent me GIFs of old women with their teeth falling out which is really hurtful. 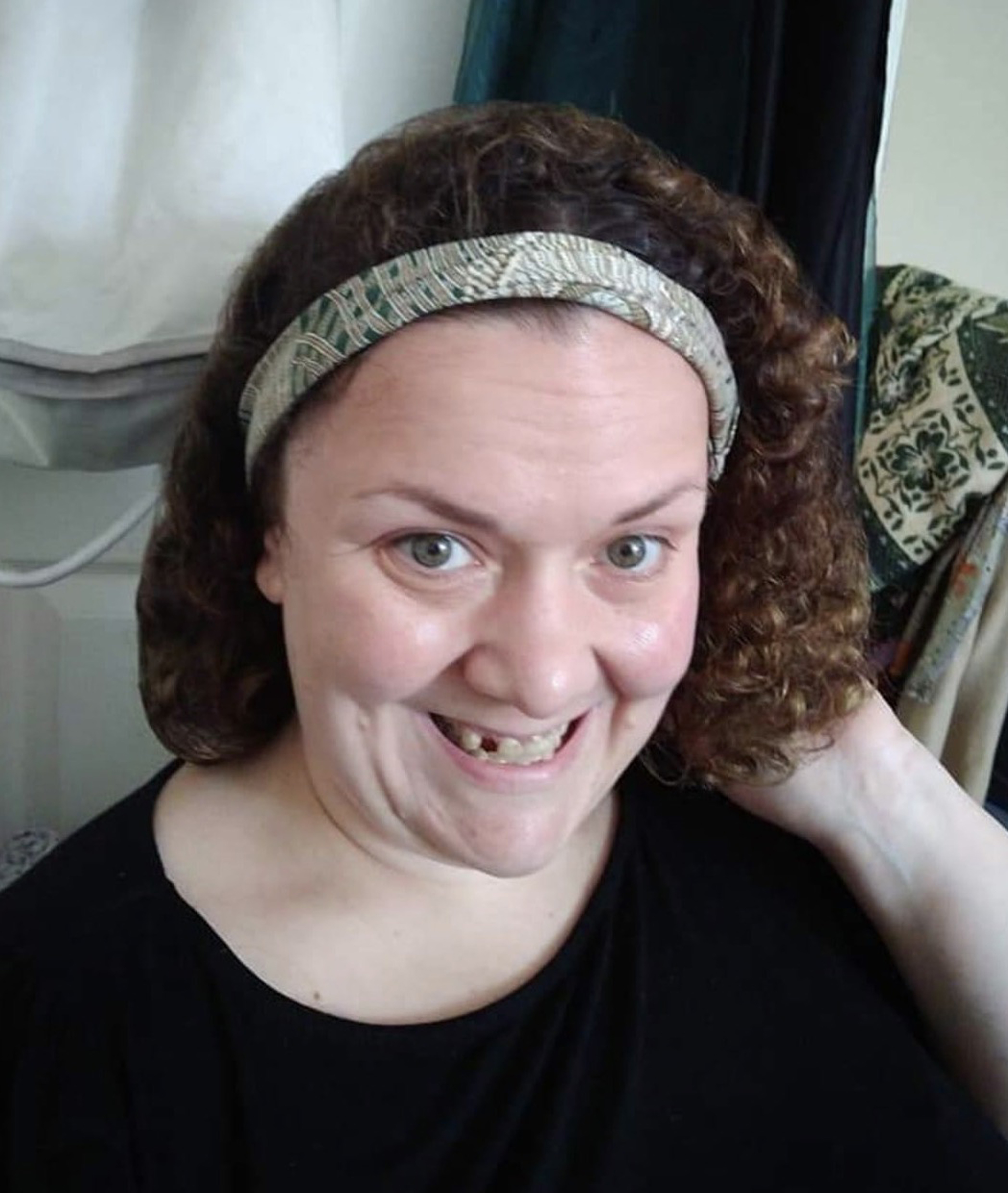 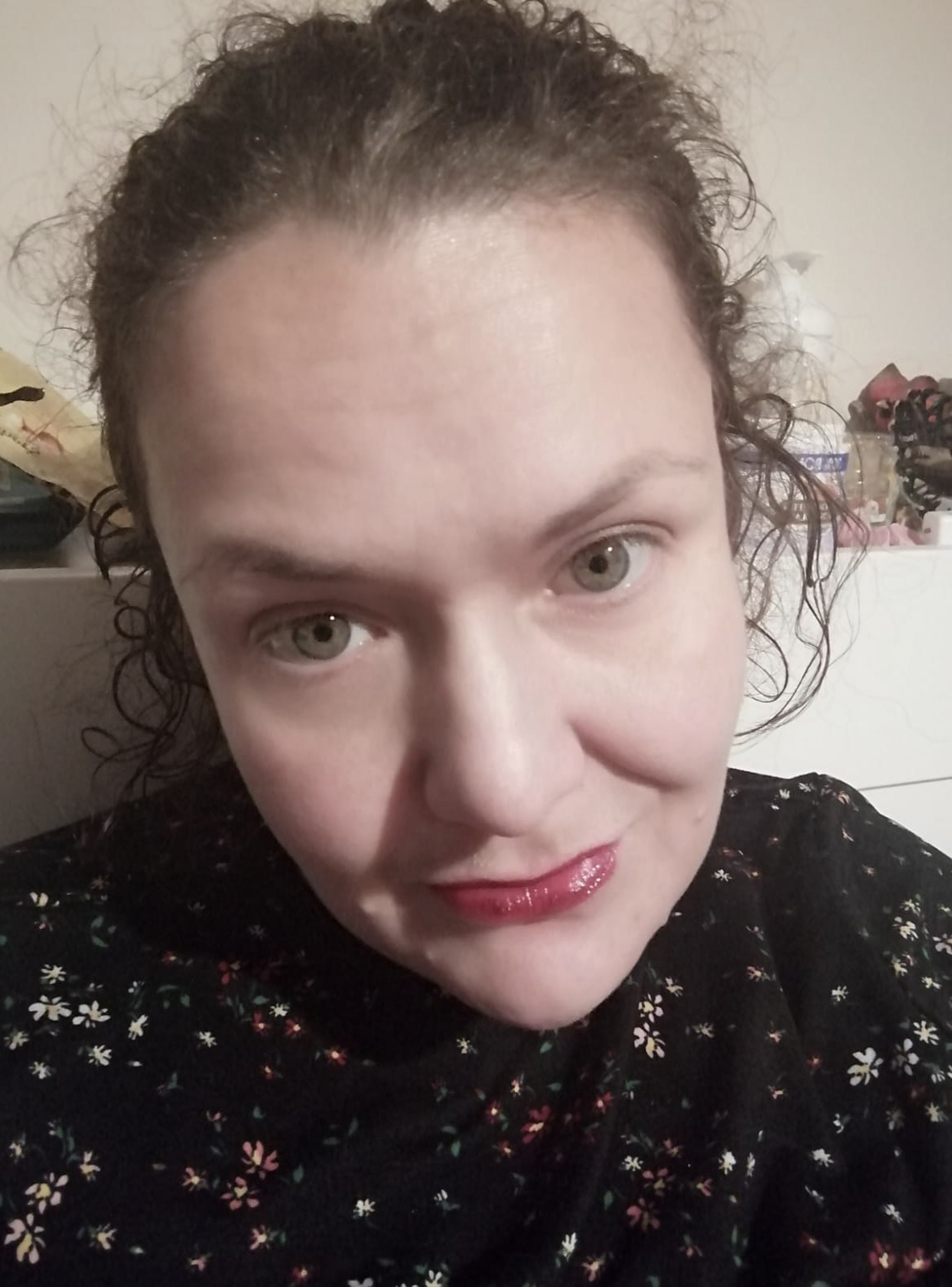 “I don’t want adult tooth loss to be stigmatised.

“There is more to life than shiny teeth – I am still a decent human.

“It is horrible without them but I try and stay positive.

“I wish I was told about the side effects of a bypass – I have warned other people against them.

“My dream is to one day get implants but they are so expensive.”

What are the side-effects of gastric bypass surgery?

A gastric bypass is where surgical staples are used to create a small pouch at the top of the stomach.

The pouch is then connected to your small intestine, missing out (bypassing) the rest of the stomach.

This means it takes less food to make you feel full and you'll absorb fewer calories from the food you eat.

What are the side effects?

Gastric bypass can causee some bruising, pain and swelling of the skin around the wounds, but it shouldn’t last too long.

Some people may feel sick, or even be sick after eating. This is because after surgery you’re only able to eat a small amount of food at a time. This should get better as eating habits change.

After surgery, some people can get an unpleasant sensation called dumping if they eat too many sugary foods.

This can make people feel sick or faint, or result in tummy pain and diarrhoea.

It can be reduced by eating small amounts of food more regularly, eating less sugar and resting for an hour after meals.

Peter Dyer, the chair of the British Dental Association’s chair of hospital dentists, said: "Dentists are concerned that patients who have bariatric surgery are not given enough information about the potential for a rapid decline in their dental health.

"The British Dental Association (BDA) is constantly attempting to raise awareness of how much oral health impacts upon the entire body.

"Bariatric (or “gastric bypass”) surgery results in a smaller appetite: the stomach simply has less capacity.

"Patients are prone to suffer from gastric reflux or vomiting: the acid from this can wear away the enamel on the teeth.

"The dental risks associated with bariatric surgery are clear, but they’re not inevitable.

"Patients need to be informed on the protective measures they can take – healthier dietary choices and good oral hygiene."