FORCED to work from home due to the Covid pandemic, one woman was so sick of trying to work around her husband and kids, she turned her bathroom into a home office.

Wanting some privacy, Niamh Sproul, 44, set to work setting up a make-shift desk above the toilet and while some have called her new office space gross, she loves it. 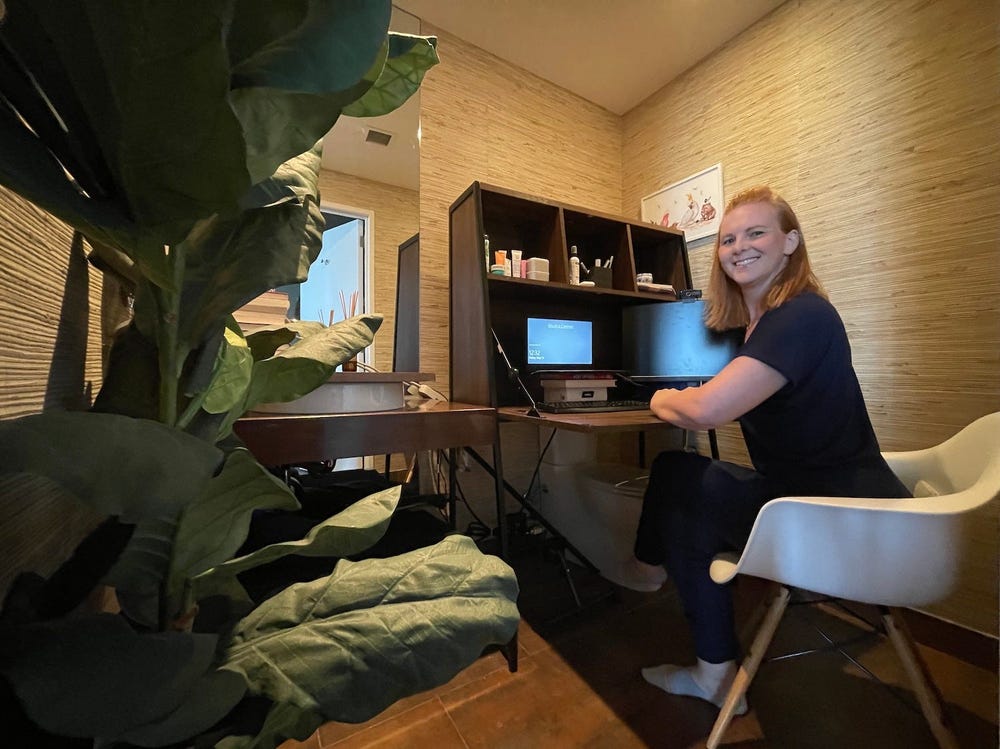 The mum, who lives in Brooklyn, New York and works as a HR leader for a financial firm, had originally been working alongside her husband in their bedroom.

However, she soon realised that their working situation wasn't working, as both would regularly have to leave the room to take private calls, but there was nowhere to go as their children were using the living room to virtually keep up with their school work.

Speaking to Insider, Niamh explained that the family's apartment has two-and-a-half bathrooms and the half bathroom quickly started to serve as a "dumping ground" to store things like bikes and buggies instead of a guest bathroom when the pandemic hit.

Deciding to turn it into a home office instead in April 2020, Niamh said: "Everyone had to make major adjustments to their life and this was a quirky, on a whim, random idea that I had… and it worked." 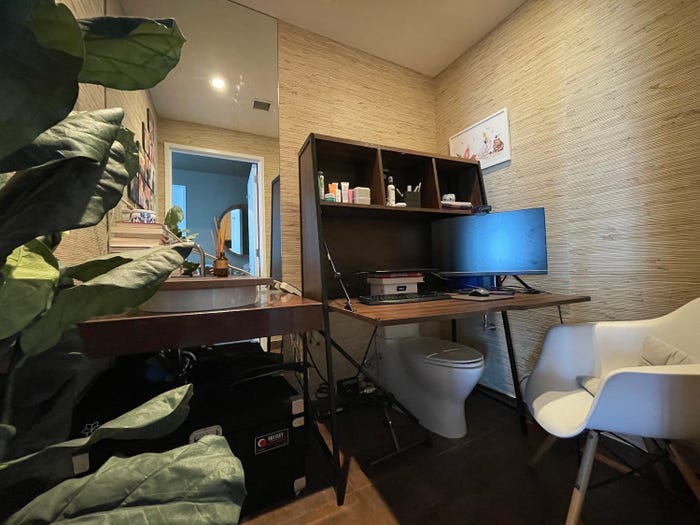 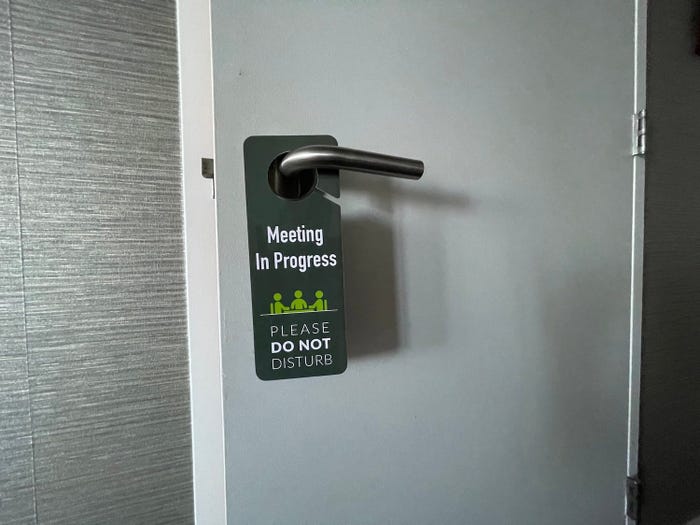 The entire transformation took an hour to put together, with Niamh fitting a desk above the toilet that still gives her enough leg room to sit comfortably around the loo.

She set up her computer on the desk and tried to mask the fact the bathroom was a bathroom by dressing it up with more office-like decor, including plants, books, candles and framed pictures.

Others noticed the change in her background on work video calls and Niamh admits the reaction to her make-shift office has been divided.

I'm not grossed out by it… there's no smell, it's actually quite pleasant

Some people have even said they find the setup "gross".

People were concerned it would smell, but Niamh insists she loves her new office space.

"I'm not grossed out by it. It's not a functioning bathroom. There's no smell. It's actually quite pleasant," she insisted.

Niamh did reveal, however, that the only downside to the bathroom-turned-office is that there is no "natural light" inside the room.

It's not enough to put her off using it, though, and she's been happily working from her loo for a year now – even after her children have gone back to school.

Meanwhile, the British gran, 81, wed to Egyptian toyboy, 36, reveals how he cuts her toenails, carries her up stairs & is her best sex ever.

Plus, one teen reveals how she discovered she was pregnant at 43 WEEKS while still a size 6 – and is embarrassed she had no idea.

And this girl, aged12, completely transformed her family home for £50 in seven days & she’s a dab hand with the power drill too.