THIS mum who hates her home being cluttered has BANNED family and friends from buying Christmas toys for her children this year.

Alexandra LaPointe has already been enforcing the idea of family gifting activities or money for the kids' birthdays instead of presents they don't need, after working hard on de-cluttering her home. 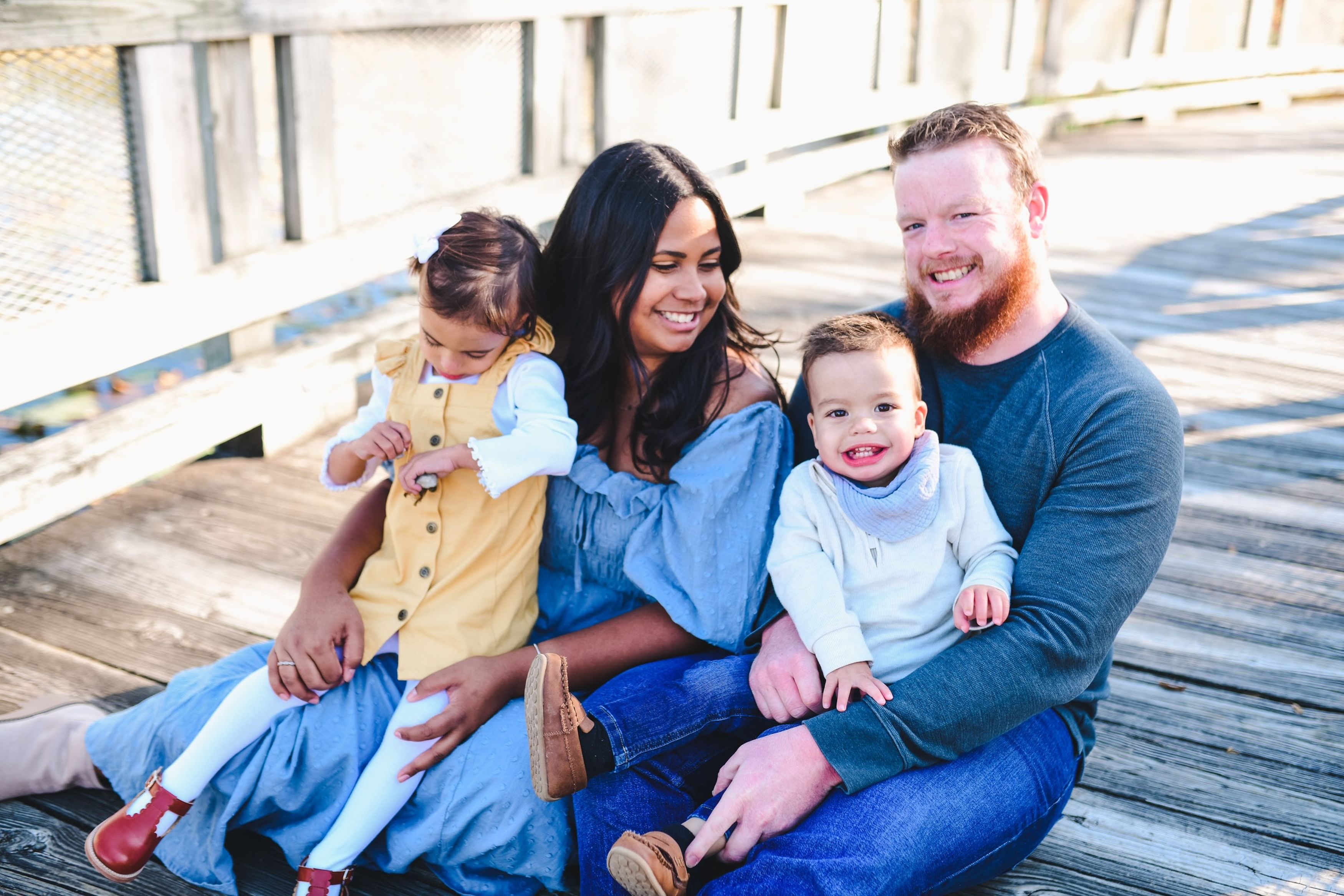 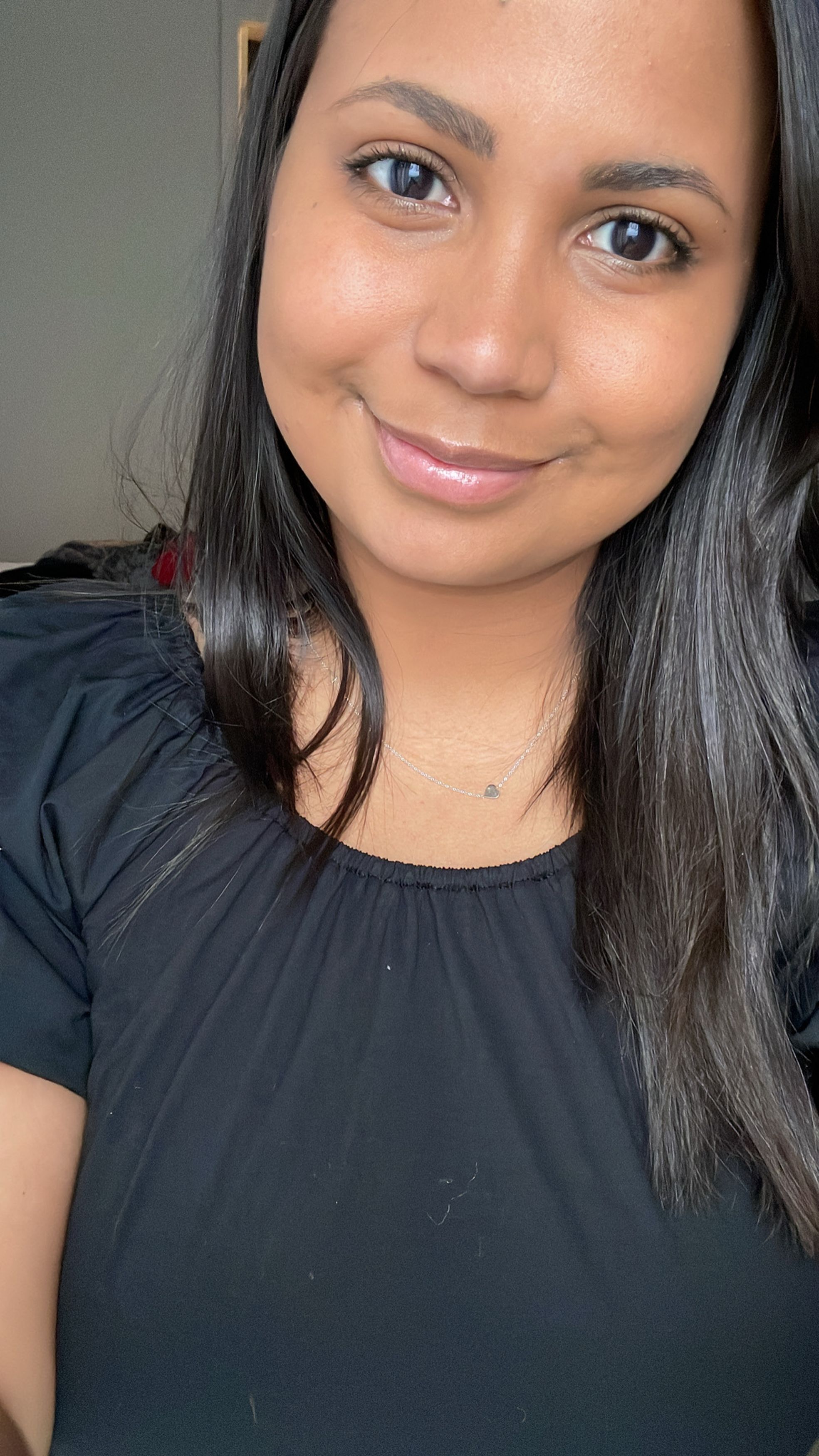 The 28-year-old said that it's enabled her family to make new memories and spend quality time together – without the hassle of having to stash away unwanted toys at the end of the celebrations.

Given it's been such a big hit, the mum-of-two has done the same this Christmas to avoid the tantrums that ensued last year when her little ones became so overwhelmed unwrapping the 40 or so presents they received.

The former professional organiser claims it has many benefits from her kids developing a healthy savings stash for later on in life to them also hopefully growing up placing less emphasis on material possessions.

The stay-at-home-mum regularly posts about her 'less is more' approach to her 46,500 TikTok followers but claims she's had a mixed response to her new 'rule' on social media. 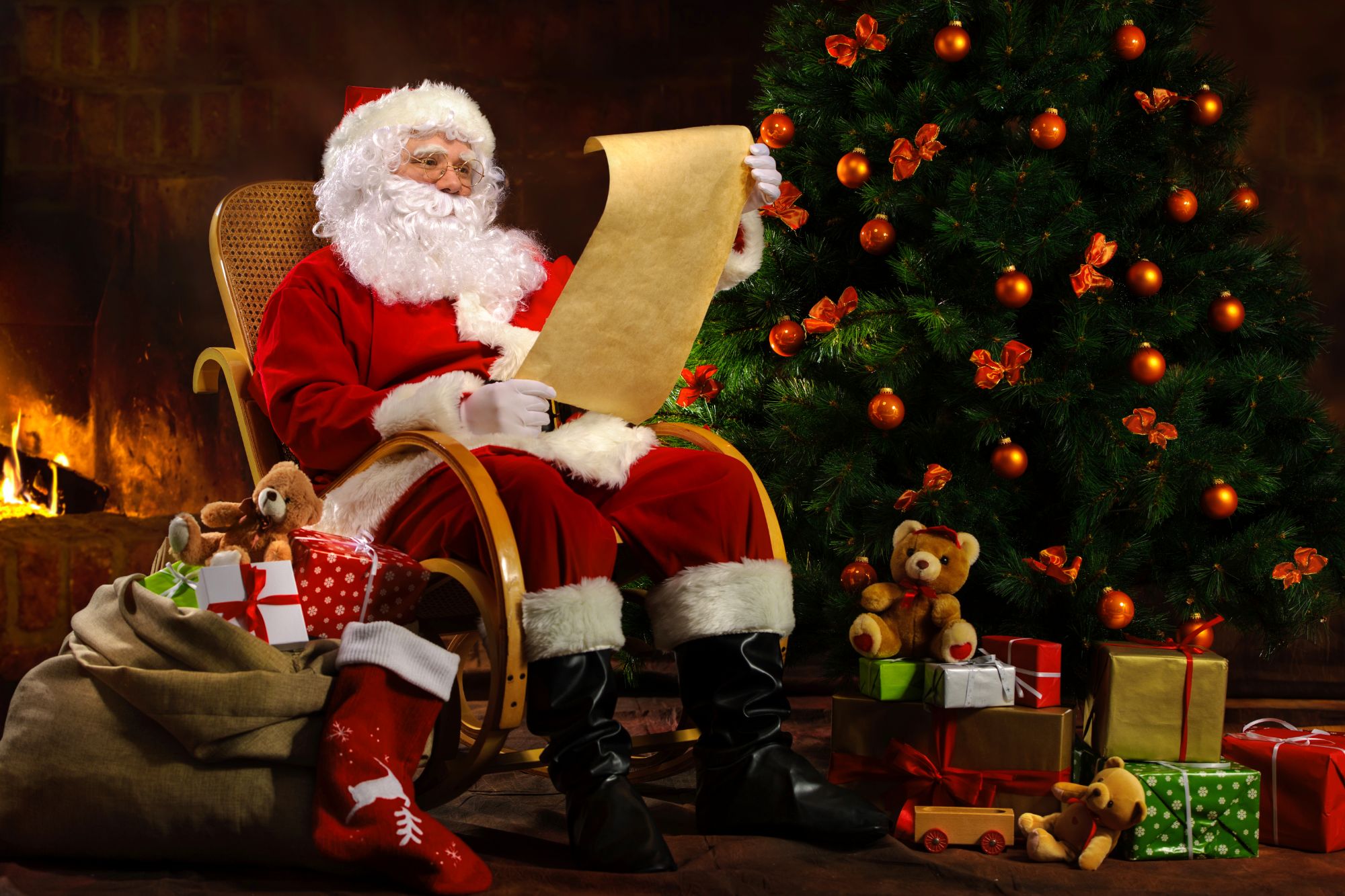 Little boy’s savage letters to Santa have people in stitches

While she's been overwhelmed with positive comments about empowering other mums to ask for what they need, be it nappies or pricey medical equipment, she'd also been told she can't instruct people 'what to do with their money'.

The home proud mum is keen to urge other parents not to be afraid to ask for what they want and genuinely need – given as long as they explain and do it nicely, they should have a positive response.

Alexandra, of Indianapolis, Indiana, US, said: "It all started because of clutter and over stimulation.

"Since I became a stay at home mom and am in the house more instead of out working, I just think that everything overwhelms me more, and also with two little kids. 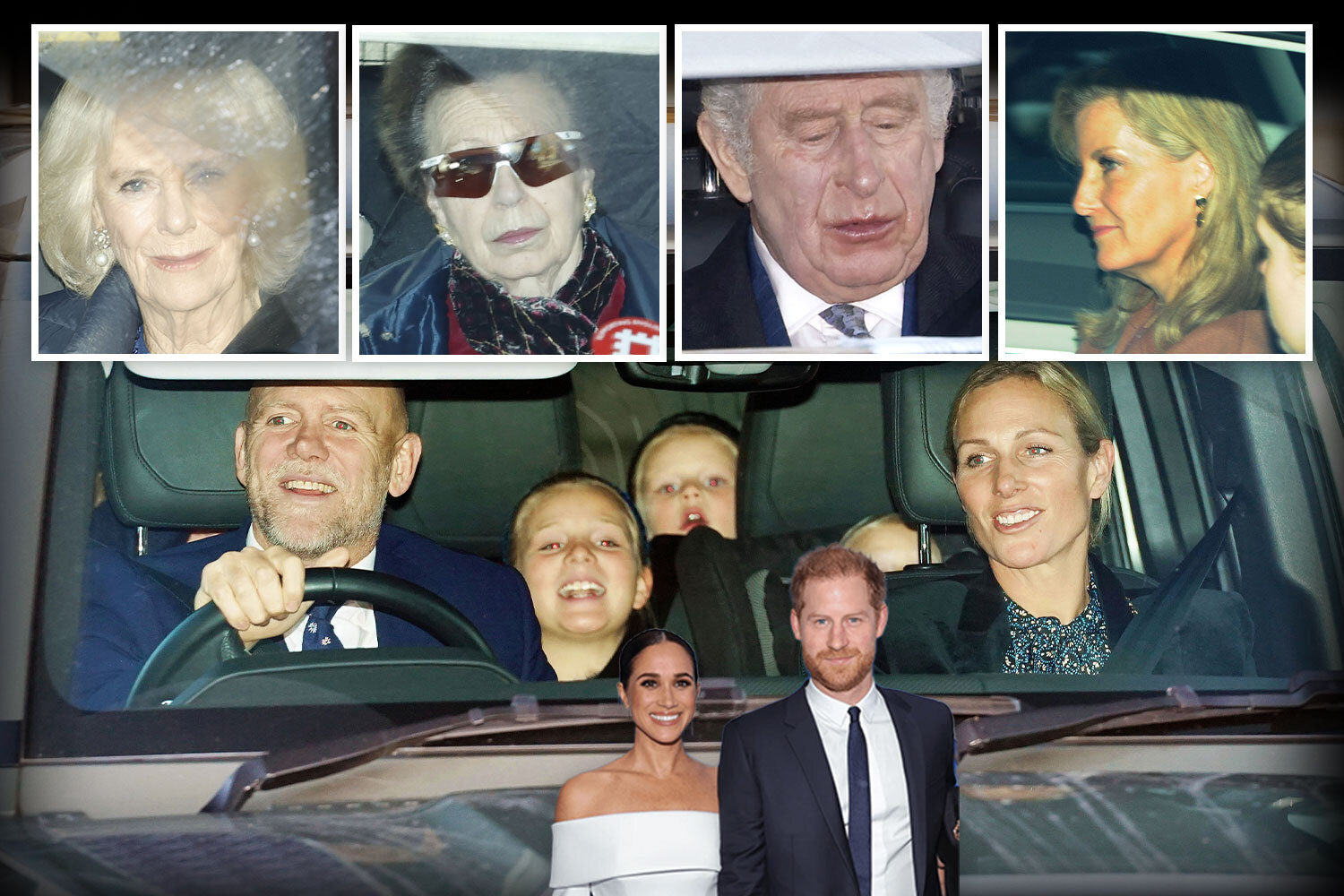 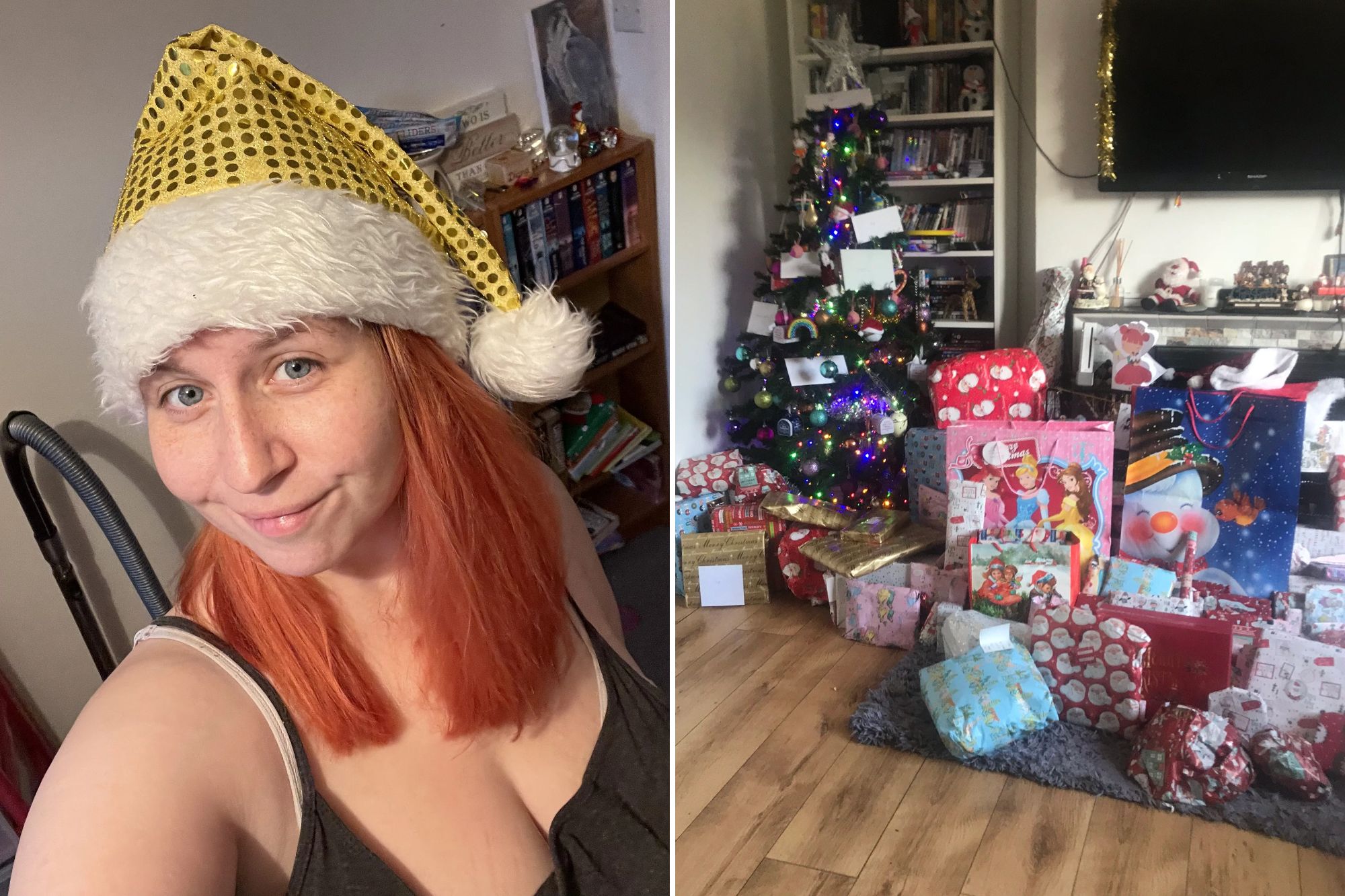 "I just have been decluttering everything throughout the house and trying to simplify the home.

"I for sure think that less is more when it comes to kiddos, for adults too, but for them I think it helps them to have less toys out.

"And then I also like having experiences and making memories with them.

"I love it. I think mostly because they're also pandemic babies. We were stuck in the house for so long and if we get a chance to go and do an activity together, it's so fun living through their eyes, they love it and get so excited.

"My daughter was born three months early and we were in the hospital for a long time so now I'm just kind of in this era of life is so short, let's go and make memories and go and do things if we can, as long as it's safe.

"And if they do end up gifting them money, then we are investing that and by the time they go to college or university they'll have money for that, or if they don't want to go that route can use the money for a house later or to travel the world."

The mum said that not prioritising physical gifts is also handy for her family who live in Puerto Rico, given they already send her children birthday cards.

Alexandra said: "I just put a note [on invitation] and said 'she has more than she needs. If you really want to give her something we'd prefer toddler activity gift cards or a contribution towards our savings account'.

"And then everybody just bought cards with money and then we invested that for her.

"Everyone just took it so well and at the end of the party I was thinking, 'oh gosh, this is so nice, I don't have a million toys to clean up and put away now'.

"That went well for her birthday and so I tried it for another in September and it was great as well, so thought I'd try it for Christmas because last year we didn't have that rule and ended up with like 30-40 toys.

"And the kids were just so overwhelmed. At one point I just put away some of the toys without them even opening them and hid them in a closet and thought 'ok, I'll just wait until they come down and they're not as over stimulated'.

"And throughout the weeks I'd just bring a new toy out.

"For birthdays I do a little note on the invitation and for Christmas I just talked to my mom and sister and explained I was like 'remember last year, how overwhelmed I was for Christmas? They were crying and there were lots of tantrums. Well I want to give this [family not buying gifts] a try and see how it goes'.

"So for my inlaws, I just sent them a text and said 'the kids don't really need anything, if you want we can make going to the museum of art the gift'."

Alexandra said that last Christmas she was gifted a zoo membership which they visited at least once a month.

She said that her children will always get Christmas presents, she's just aiming to reduce the amount and this year they'll be having four each, instead of the 30-40 they received last year.

Alexandra said: "I think a lot of people, particularly on social media, are like 'how can you do this to the kids? Especially for birthdays, how can you do no gifts?'

"And they [children] don't know any better and for birthdays they're like 'oh, we'll just have cake and hang out with our friends and family', so maybe when they're older it may be different.

"But I'm hopeful that we can teach them that it's not all about things and we can do things together, and spending time with family is what matters.

"Some positive comments have been that mums feel encouraged to ask for things that they actually need.

"For one mum, her kiddo needs medical equipment, a wheelchair and other items, and she was like 'I'd rather my family gift me money to help buy this expensive medical equipment than be given toys that he's not really going to play with'.

"One of my friends said 'what I really need for Christmas are diapers, groceries are expensive' and that makes so much sense to me.

"I love that they're feeling empowered to set boundaries and ask for what they want and need, instead of just going with the flow because someone told them that they have to need toys.

"So I think some mums have felt encouraged by it so I'm getting more positive comments but I've also had negative ones like 'how could you do this to your kids?', 'I bet you're fun at parties' and 'you can't tell me what to do with my money'.

"Sometimes I just think 'it's not your house and they're not your kids'. There's parents that do want gifts for their kiddos and I'm like 'yeah, if that's what you want', I think that their moms and dads should get to decide."

Alexandra, who's always had a knack for organizing and is passionate about the life-transformative impact of decluttering, has amassed more than 566,000 likes on TikTok.

Alexandra said: "Please don't be afraid to ask for what you want and what you need, and I feel like it's your home, they're your children and it's ok to set boundaries.

"And I feel like just ask nicely, they will probably be fine, and I feel like that's a big part of it – asking nicely and explaining why you're doing it.

"I explained to my mom and sister, 'my kids get overwhelmed, it's too much for them and I just want to to give it a go' and they want what's best for the kids so are like 'ok, we'll give it a try, even though we like to buy them a lot of gifts'.

"As long as you ask nicely, don't be afraid to ask."

One mum said: "I'd rather have ten toys than to have to fit another activity into our schedule. Pls don't do this to a family that has two working parents."

Another commented: "SAME. I spend so much time cleaning: cluttering/organizing and ultimately tossing or donating these toys or games! Take my kid to get an ice cream cone."

Another agreed: "Yesssssss. We told family we want experiences and memories, so help us take the kids to do something fun. I’m sick of toys that don’t matter."

Another said: "Ugh when I tell them not to get big sh*t cause our apartment is small a*. I’ve gotten rid of three bikes." 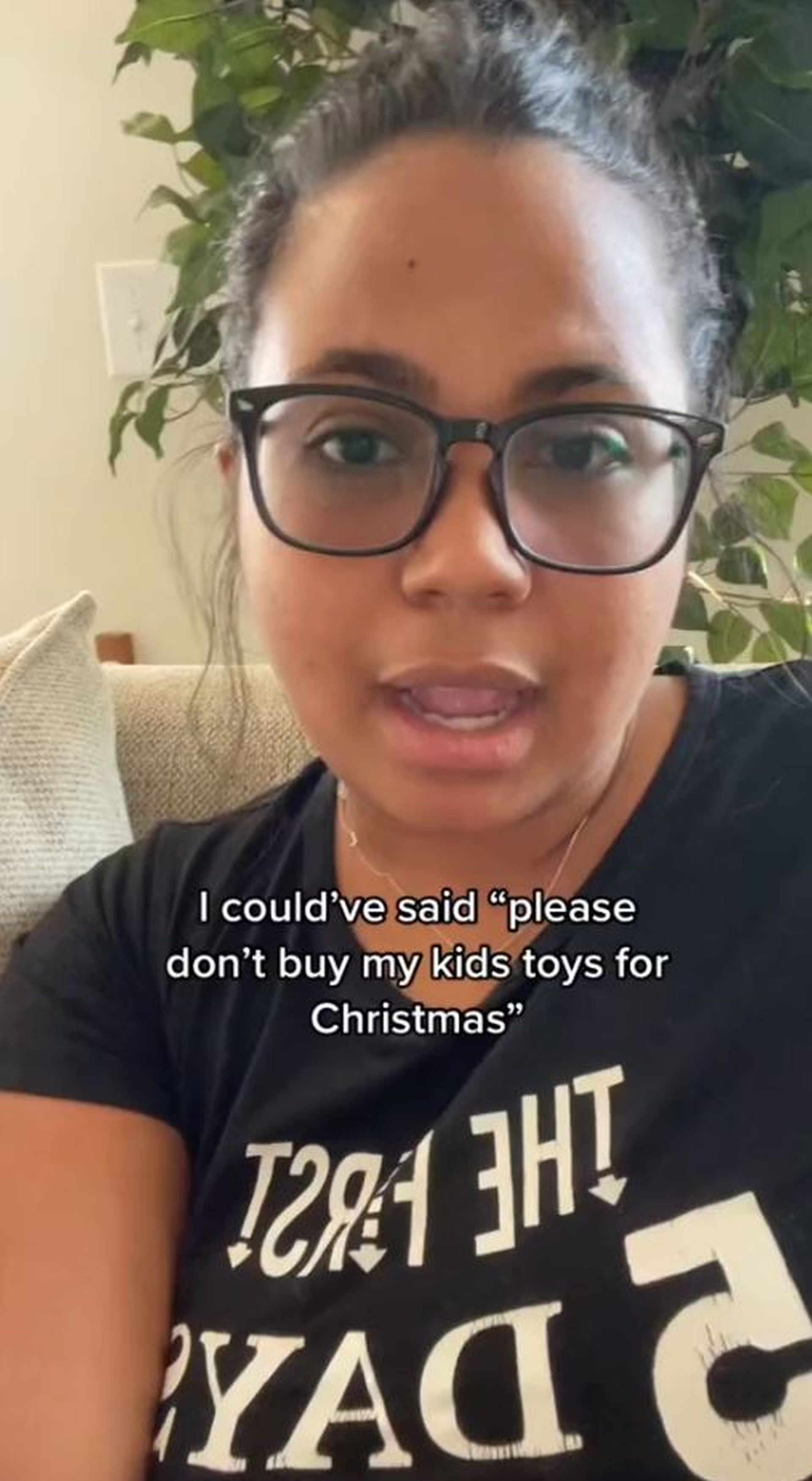 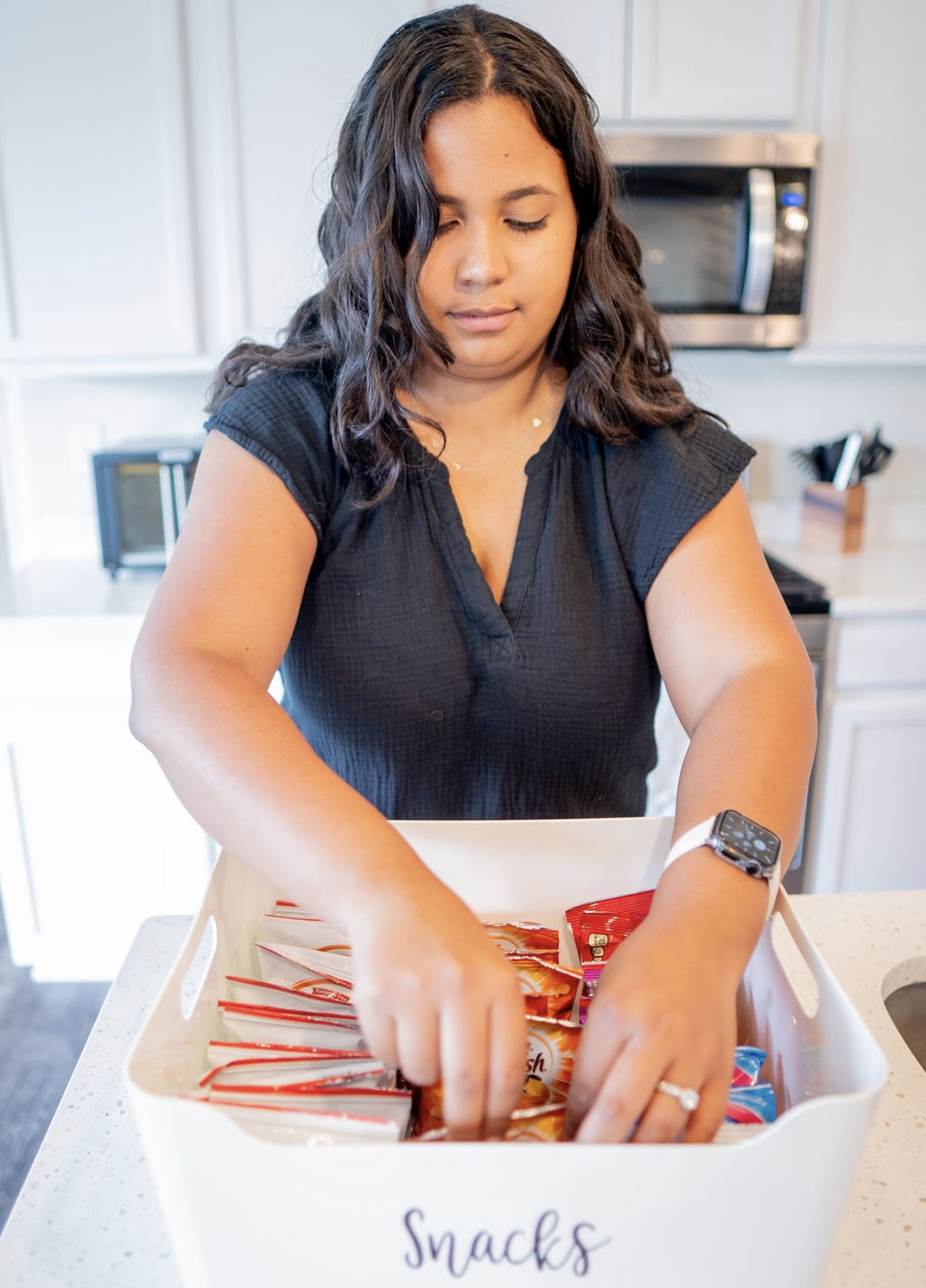