A PETRIFIED mum watched in horror as her 18-month old daughter suddenly crashed backwards into a gas fireplace, her skin MELTING as she endured horrendous burns.

The mum, named only as Crystal, left the room for mere seconds to get the toddler's bedroom ready for a nap, leaving baby Skylah "playing quietly". 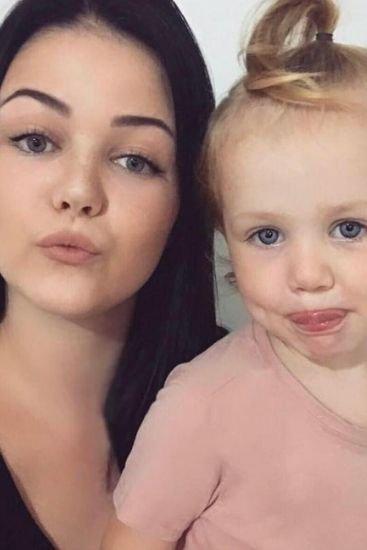 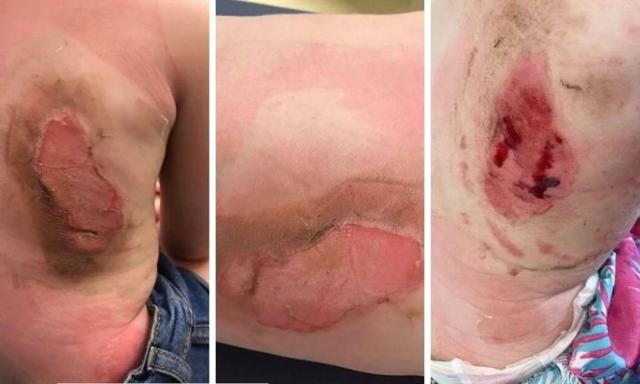 “When I came back a few minutes later, Skylah was jumping on the lounge next to the freestanding gas-heated fireplace and fell backwards onto it just as I screamed ‘No!’,” mum-of-two Crystal told Kidspot

The "incredibly hot" fireplace was a fixture of the home she was renting and a guard that she'd installed for safety had been temporarily removed while she was re-arranging furniture, leaving the little girl in harm's way.

“Her skin had stuck to it," a panicked Crystal recalled, "[and] as I pulled her off, it melted into the glass."

“She was screaming hysterically as I ran her to the sink to run her under cold water.”

Frantically, her partner raced home so that the pair could nurse their distressed toddler.

"The hospital made me strip her off and hold her in a cold shower for 30 minutes,” Crystal recalled. 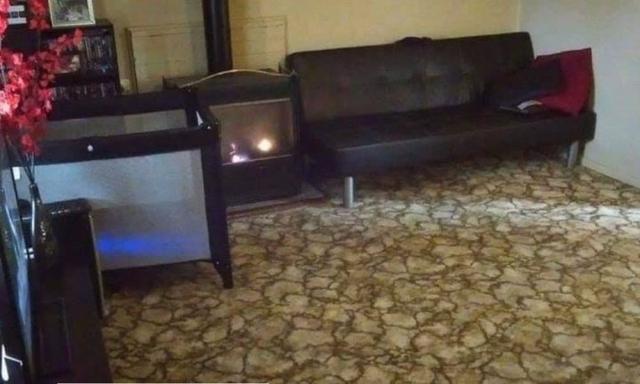 “The screams were horrific but I knew I had to do it. The burn was so bad that the hospital contacted Westmead [a specialist children’s hospital] to ask for advice on what to do.

Skylah was left with a huge second-degree thermal burn covering most of her back, which needed to be wrapped in special silver dressings.

For six weeks, Crystal was unable to give her daughter a bath and instead had to take her to the hospital weekly to replace her bandages.

She was unable to remove the pre-installed fireplace from her rental home, but that proved unnecessary – the toddler was so traumatised by her burns memory that she "never went near it again".

"I never thought something like that would happen," she revealed of the lightning-fast injury.

"We had taken safety precautions but when it did happen, it happened so quickly."

“I walked into one room and laid my sleeping newborn down and walked out to her falling.

“No matter how safe you think things are – accidents can happen in seconds whether you teach your children or not.”

This article first appeared in Kidspot.com.au and was republished with permission.