A WOMAN has revealed she broke her tailbone giving birth and she would like a surrogate for her next baby.

TikTok user @sharminbrunelll uploaded a video about her postpartum journey, and said she was forced to breastfeed on her side as it was too painful to sit down. 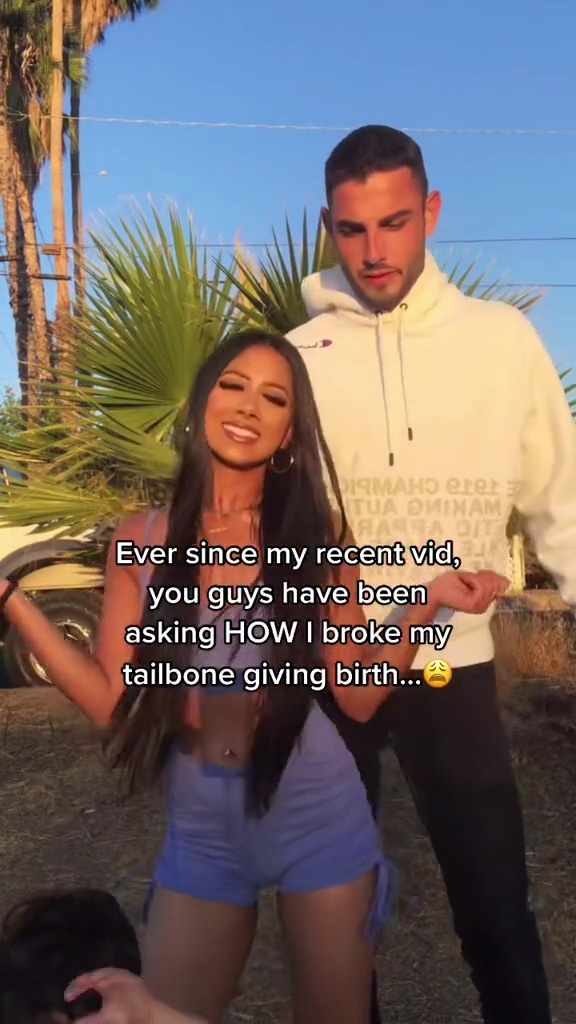 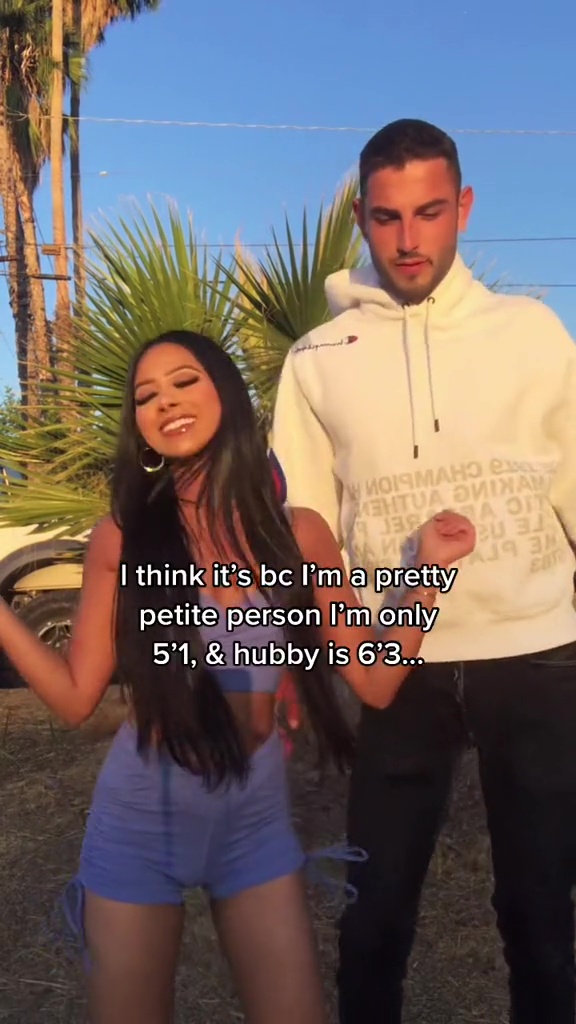 She said: “When your hubby remembers I look this good even after breaking my tailbone giving birth.”

Sharmin said it took two years to heal from the pain she suffered, and now she is reluctant to go through it again.

She joked: “Our son Amare was a big baby, he was 22 inches tall. Basically almost half my height.”

When asked what her biggest takeaway from the painful experience was, she said: “One of the worst things I’ve ever been through but babies are so worth it.”

Many people were quick to share their own fears after hearing her story.

A third commented: “OMG SAME THIS HAPPENED TO ME.”

According to BabyCentre: "The pressure of a baby passing through the birth canal can bruise, dislocate, or even fracture your tailbone.

"Fractures aren't common, but some women actually hear a crack or pop when their tailbone breaks.

"You're more likely to injure your tailbone during delivery if your baby is very large or in an odd position, or if your pelvis is very narrow or oddly shaped." 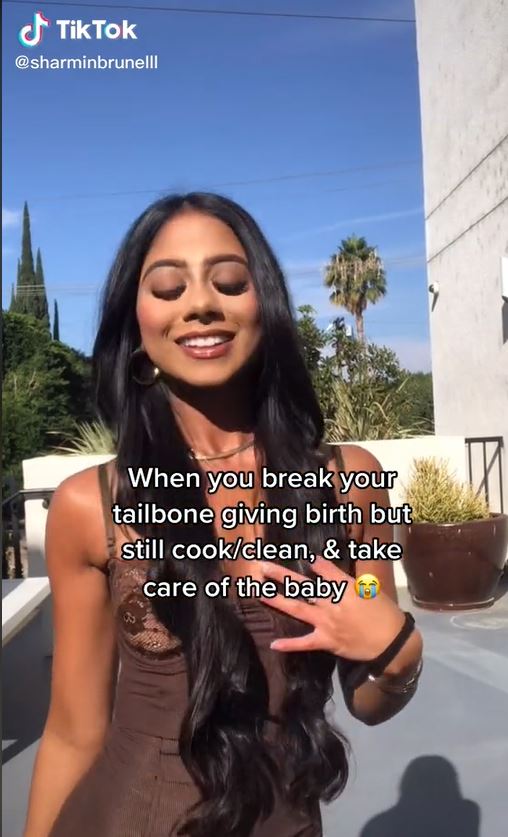 Meanwhile, one in 100 women DON’T feel any pain during childbirth due to rare gene, experts say.

And the more painful your period pains, the more excruciating childbirth will be, says doc.