The tagged photo section on the Instagram page for Parade, an underwear start-up founded in fall 2019, shows a surfeit of images of young women modeling brightly colored briefs and bikinis. Many of them pose in studio apartments, stretched out on velvet couches and propped up on dressers. Some press against vinyl shower curtains, donning the neon underwear in mirror selfies. All of them look effortless.

It’s not unusual these days for a brand to take over social media like this — seemingly overnight and all at once, in nonprofessional photos posted by nonprofessional models. But these campaigns nearly always leave viewers wondering: Where did this start?

For Mariah Williams, 21, it was a direct message from Parade’s Instagram account, offering her free samples. When the products arrived, she took the day off from her job as a barbershop receptionist to curate a photo shoot to show off her new burnt-orange underwear; in the photo she posted, a bamboo planter sits next to her bottom half, and her face is just out of the frame.

“Taking these pictures really made me feel good about myself and my body. Especially with seasonal depression, I was in a mood,” she said.

Ms. Williams, who has only 2,000 followers on Instagram, is one of more than 6,000 women and nonbinary Instagrammers who received messages from Parade offering free gifts, ideally in exchange for social posts.

In addition to mailing samples, the company also sent along digital mood boards and a Google Drive of creative direction, in the hopes that the recipients would use it as inspiration for their own posts. The gift boxes yielded hundreds of posts across social media and drove interest in Parade’s products.

The pandemic has been devastating for the fashion industry. But not for underwear. Those sales have had a steady uptick since the beginning of the pandemic; according to Allied Market Research, the lingerie industry is estimated to be worth $325 billion by 2025.

Parade was founded in 2019, just months before the U.S. economy shut down in March, by Cami Téllez and Jack Defuria, two friends in their early 20s. As most fashion companies struggled to keep afloat, Parade sold over 700,000 pairs of underwear and brought in $10 million in revenue, according to a company representative. 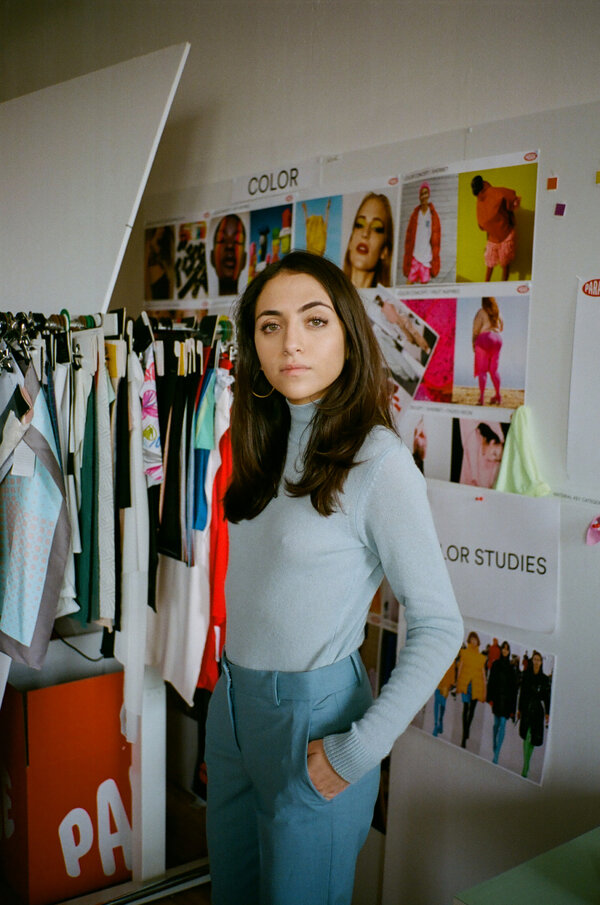 Ms. Téllez, the start-up’s C.E.O., attributes that success to the strength of the brand’s image.

“Parade has been able to create a groundswell, a cultural zeitgeist. I think that we’re changing the way a whole generation of women see themselves, and I think that’s why we’ve been so successful,” she said. Parade estimates that 1 in 8 customers posts a picture of themselves in the underwear.

Parade is one of many brands that have eschewed paid influencer campaigns in favor of sending products to people who have smaller and more dedicated followings, and often aren’t influencers at all.

“They’re just reaching out to normal people who have followers they actually know in real life,” Ms. Williams said.

“Working with micro-influencers is part of our DNA,” Ms. Téllez said. “Unlike brands of underwear past, we don’t think you need to have hundreds of thousands of followers or be a supermodel to share your underwear story.”

Gifting programs, which offer free product in exchange for posts, have also become more common. But the tactic has sparked discussions about unpaid labor. “As a small influencer, especially as a Black and brown influencer, we often get used and not paid,” Ms. Williams said. She has since reached out to Parade about receiving commission in exchange for promoting a discount code.

Rhea Woods, the head of influencer strategy at Praytell Agency, encourages brands to offer compensation to influencers, no matter how small their following. “It is very standard to pay those folks several hundred dollars,” she said. “That shocks brands. But at the same time, we’re asking for rights to their name, image and likeness,” Ms. Woods said.

Because of its far reach, Parade’s campaign took on a second life, sparking an online conversation about who received sponsorships. One Twitter user posted: “Is it just me or does Parade Underwear feel like a Pyramid Scheme?” Another tweeted: “Why didn’t Parade send me underwear am I ugly or something”

“I think those tweets if anything, speak to how wide ranging our brand has become,” Ms. Téllez said.

Dana Donnelly, a 25-year-old comedian and writer with 128,500 followers, posted an image of her Parade underwear in September, but after a few months she saw the brand target smaller and smaller accounts, and she became more skeptical. She questioned if the entire Parade marketing campaign foundation was founded on stoking feelings of exclusion. “I can’t tell what their objective is besides making the girls they’re sending it to feel cool and the girls they’re not sending it to feel uncool,” she said. “It’s almost like high school mean-girl marketing.”

Yamini Nambimadom, 22, who received a sponsorship, described it as “guerrilla marketing campaign, where you watch your friends promote something and you would want to try it.” Ms. Nambimadom does not consider herself an influencer and had never been approached by a brand before but was intrigued by Parade’s campaign. “There’s a social psychology of wanting to be a part of something,” she said. (Ms. Nambimadom has cheekily added “Recipient of Parade Underwear” to her Twitter bio.)

When asked about how people were selected to be included in the campaign, Ms. Téllez said: “There are hundreds of psychographics” (i.e. many factors she would not name).

In early December, Parade released a collaboration with Juicy Couture; the accompanying campaign featured women donning underwear with “JUICY” written across the rear in rhinestones. “I think that most women in America have some sort of emotional connection to Juicy because it was one of the very first self-expression brands,” Ms. Téllez said. (For what it’s worth, the company made its name on $150 tracksuits.)

Gab Landrum, 28, an artist who posted about Parade, became critical of the brand after the Juicy collaboration. “It didn’t seem to be about normal people anymore.”

Mx. Landrum, who takes nongendered pronouns, noted that in the most recent revival of the Black Lives Matter movement, many brands advantageously adopted progressive slogans but rarely invest in meaningful representation.

“You can scroll back to Parade’s Instagram page in March and see the shift in skin tone. And a few months goes by, and they go back to being very thin, mostly white, with very sparse representation of Black and heavy people,” they said.

Mx. Landrum said that because younger consumers are increasingly politically aware, brands have learned to lean into causes. Parade recently told customers it would donate $1 to Feeding America for every post that featured their underwear with the hashtag #ParadeTogether and five friends tagged.

“We really believe in having a technicolor view on inclusivity as a whole,” Ms. Téllez said. (When asked if the employees of Parade reflect that commitment to diversity, the chief executive declined to comment.)

Because of the popularity of the company’s Instagram campaign, Ms. Donnelly, the comedian, joked that soon enough everyone would be an influencer. In her own Parade post, she’s kneeling in crimson red underwear, gazing toward the viewer and almost smiling.

“I’ve been influenced!” one of the comments reads.