THERE'S no denying that Dua Lipa is a force to be reckoned with as she can't only sing, but she also knows a little something about style.

The 26-year-old English singer wowed fans once more with her daring take on cut-out pants and it's safe to say that the new trend is here to stay. 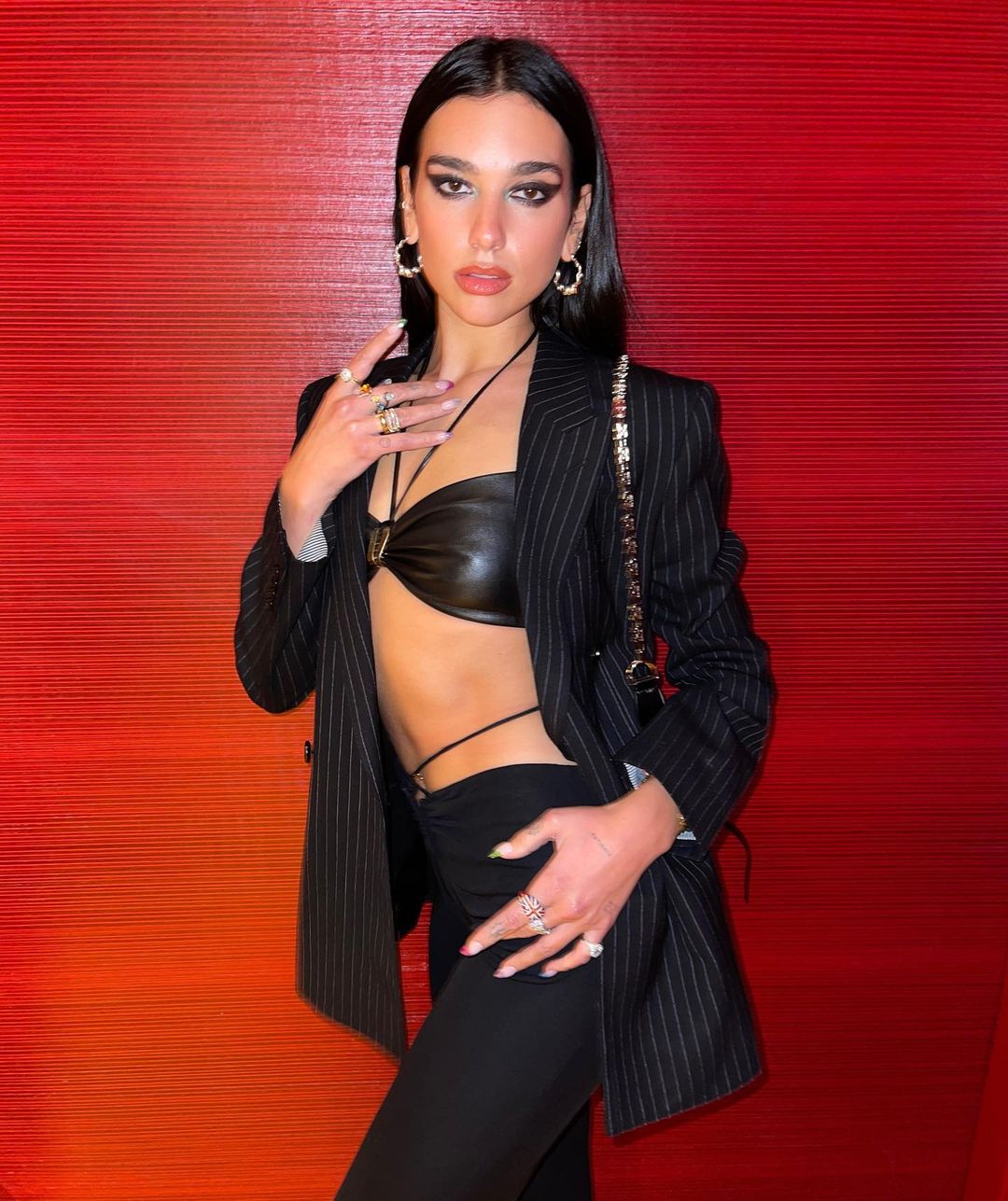 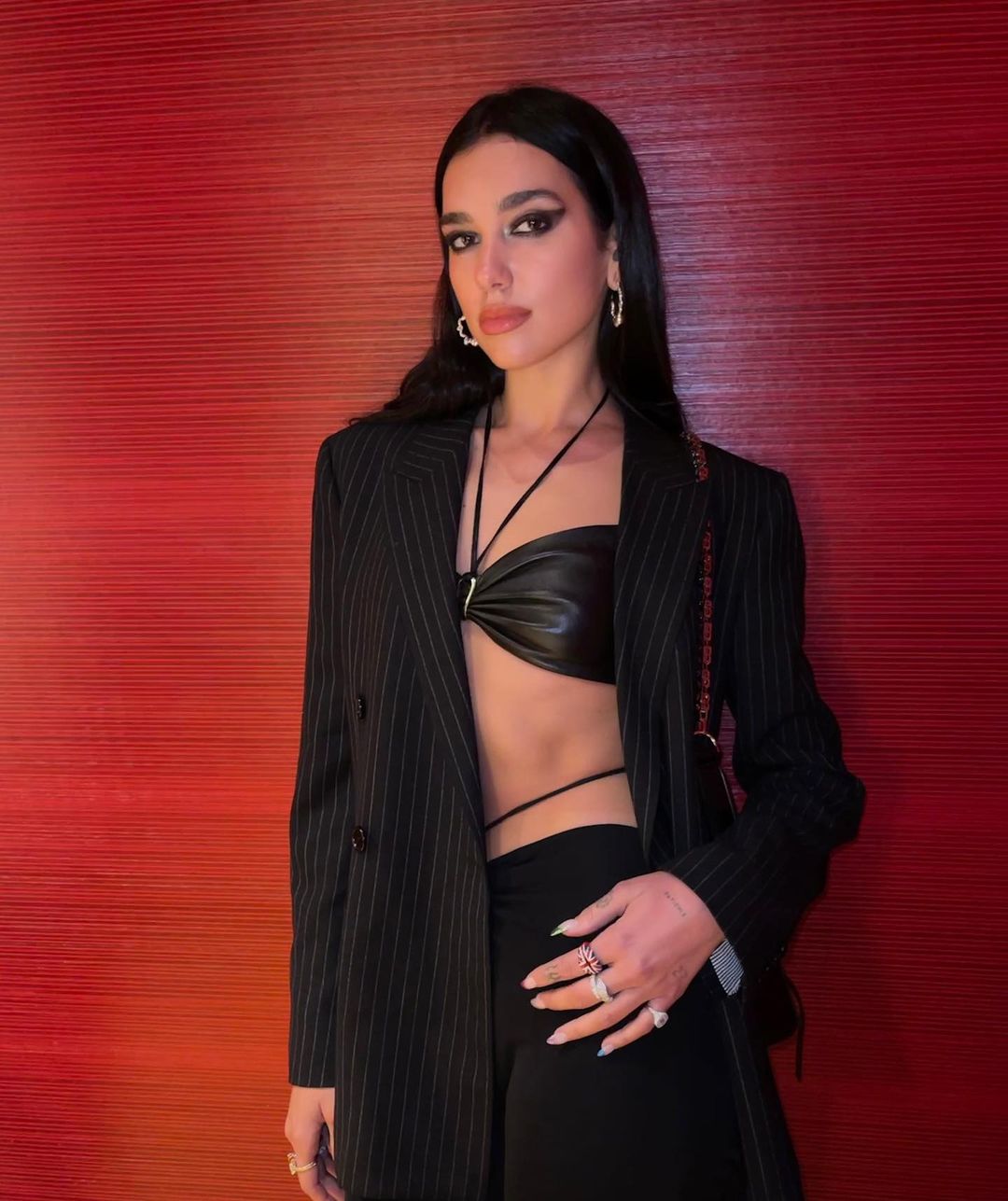 In a villainous photoshoot, Dua Lipa flaunted her slim figure as she rocked an all-black ensemble.

The stunning beauty wore a leather black bra by Dion Lee with a striped suit jacket and tightly-fitting pants, also by Dion Lee.

The pants, which have been seen everywhere this summer, had two ties that wrapped around her slim waist.

They also had cleavage in the front that ran dangerously low as they flaunted her belly button.

She complimented the look with silver jewelry, heavy black eyeliner, and her hair slicked down the middle.

The cut-out trend has been everywhere this summer, with girls rocking cut-out tops, pants, skirts, dresses, and jumpsuits.

Many of her fans took to the comment section to gush over her daring style and for rocking the trend better than anyone.

One person wrote: "She's the moment!"

A second one expressed that he "wasn't ready," while others called her "pure."

A fourth even dared label her as a "female alpha" putting her at the top of the celebrity list.

While plenty others gushed about how in love they were with her style. 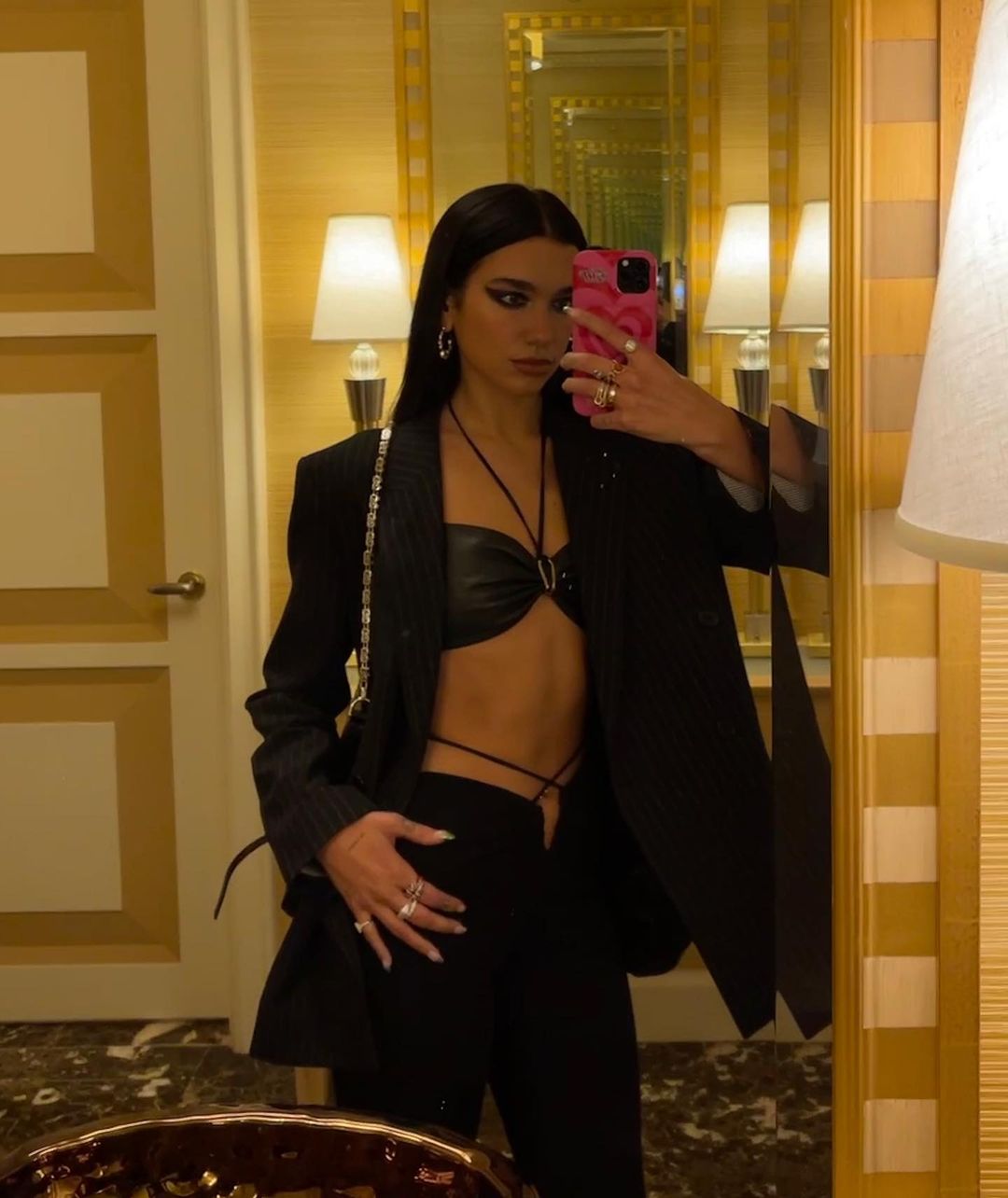 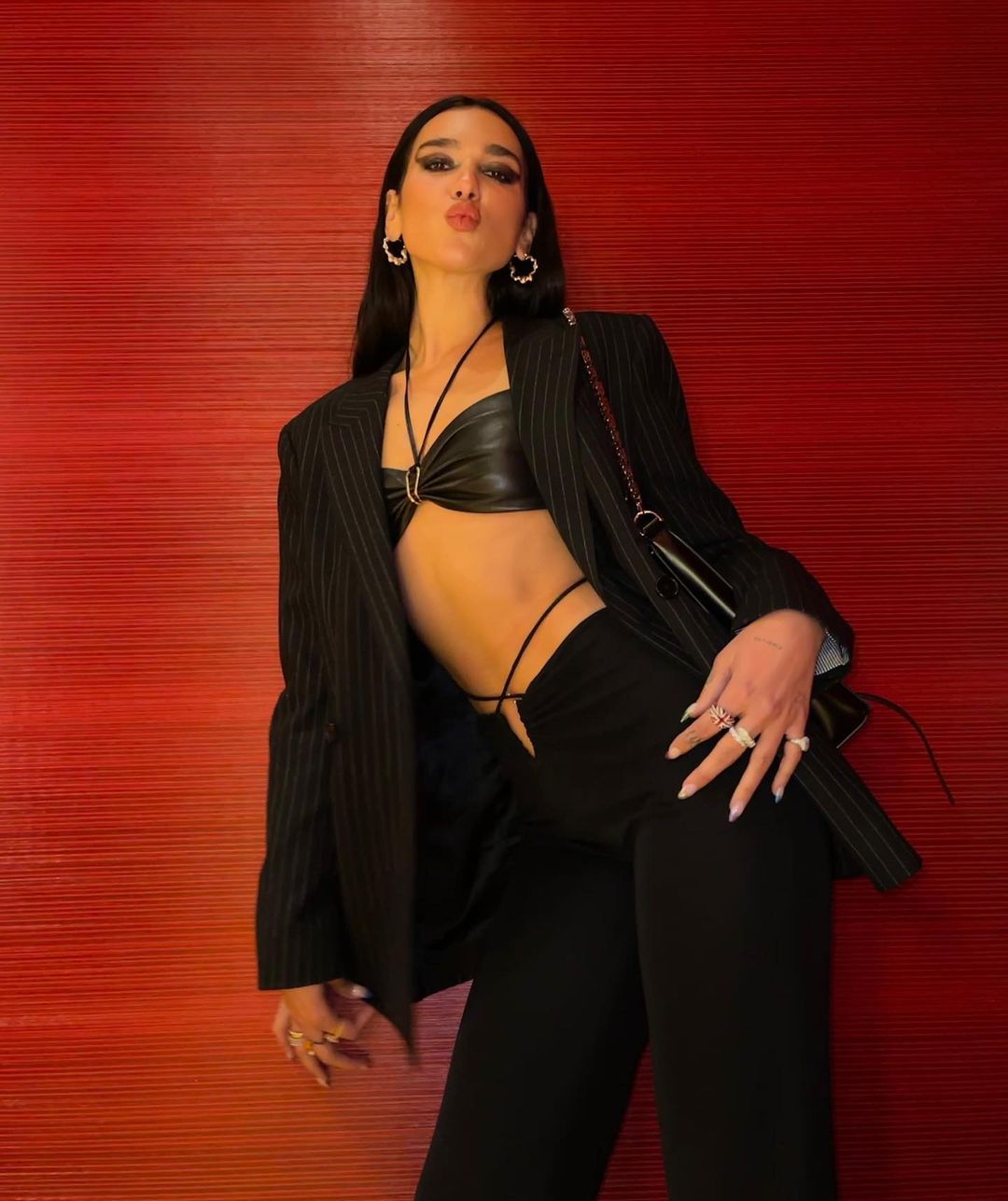