WHEN Hollyoaks star Abi Phillips found a worrying lump on her neck, she was initially turned away by doctors who claimed it could just be a “cold”.

But the 28-year-old has opened up about the “devastating” moment she was told it was actually thyroid cancer, the painful operation that followed and how she feared for her life. 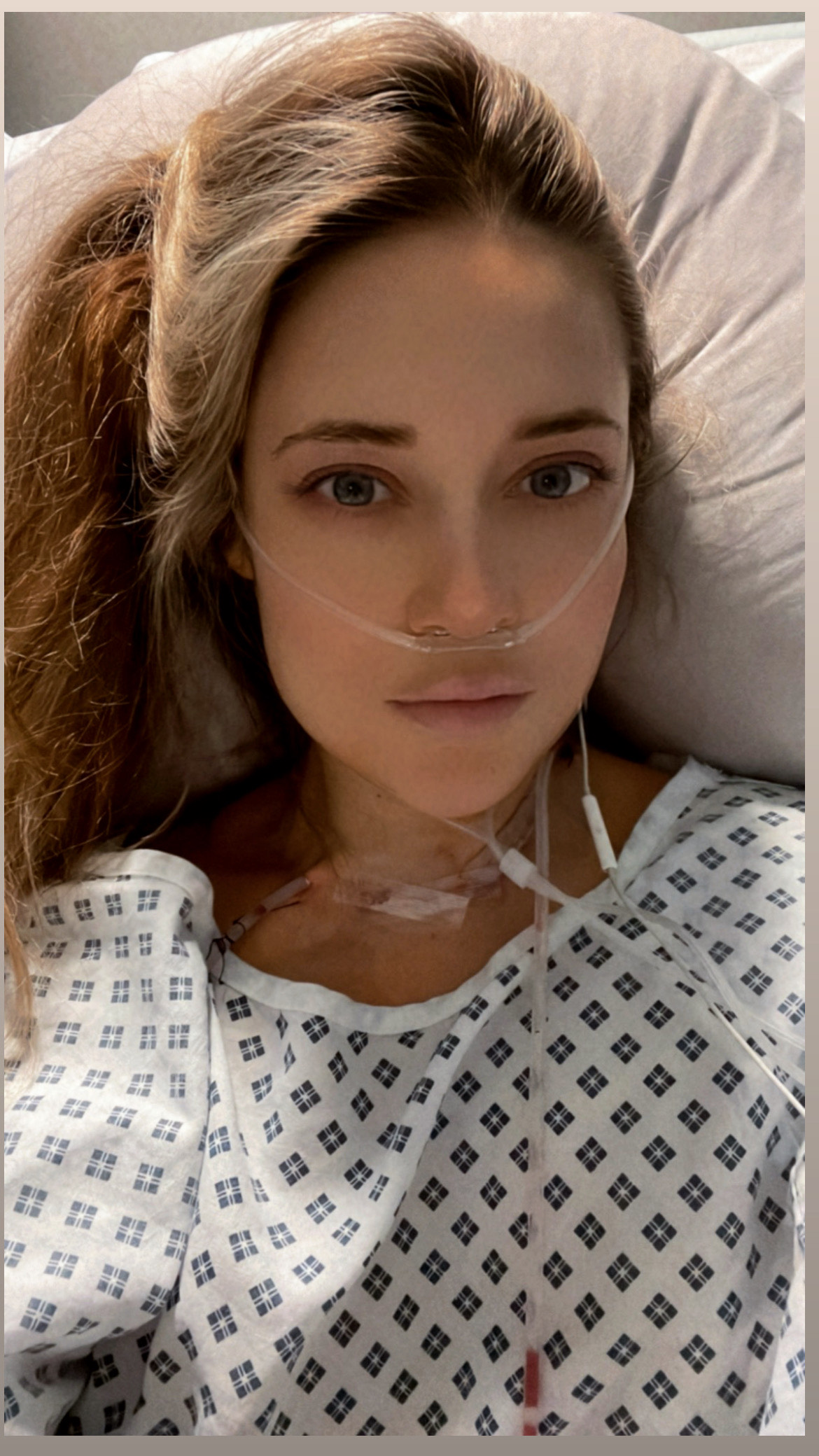 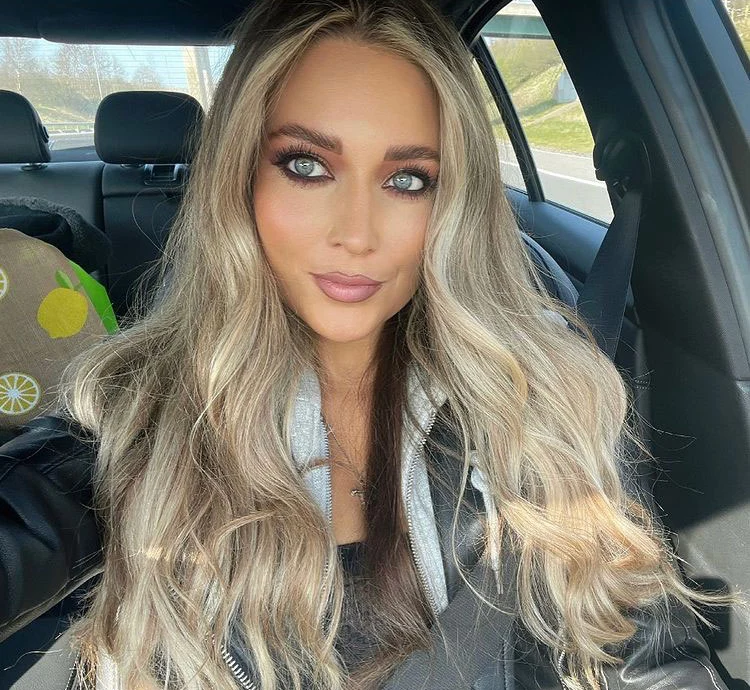 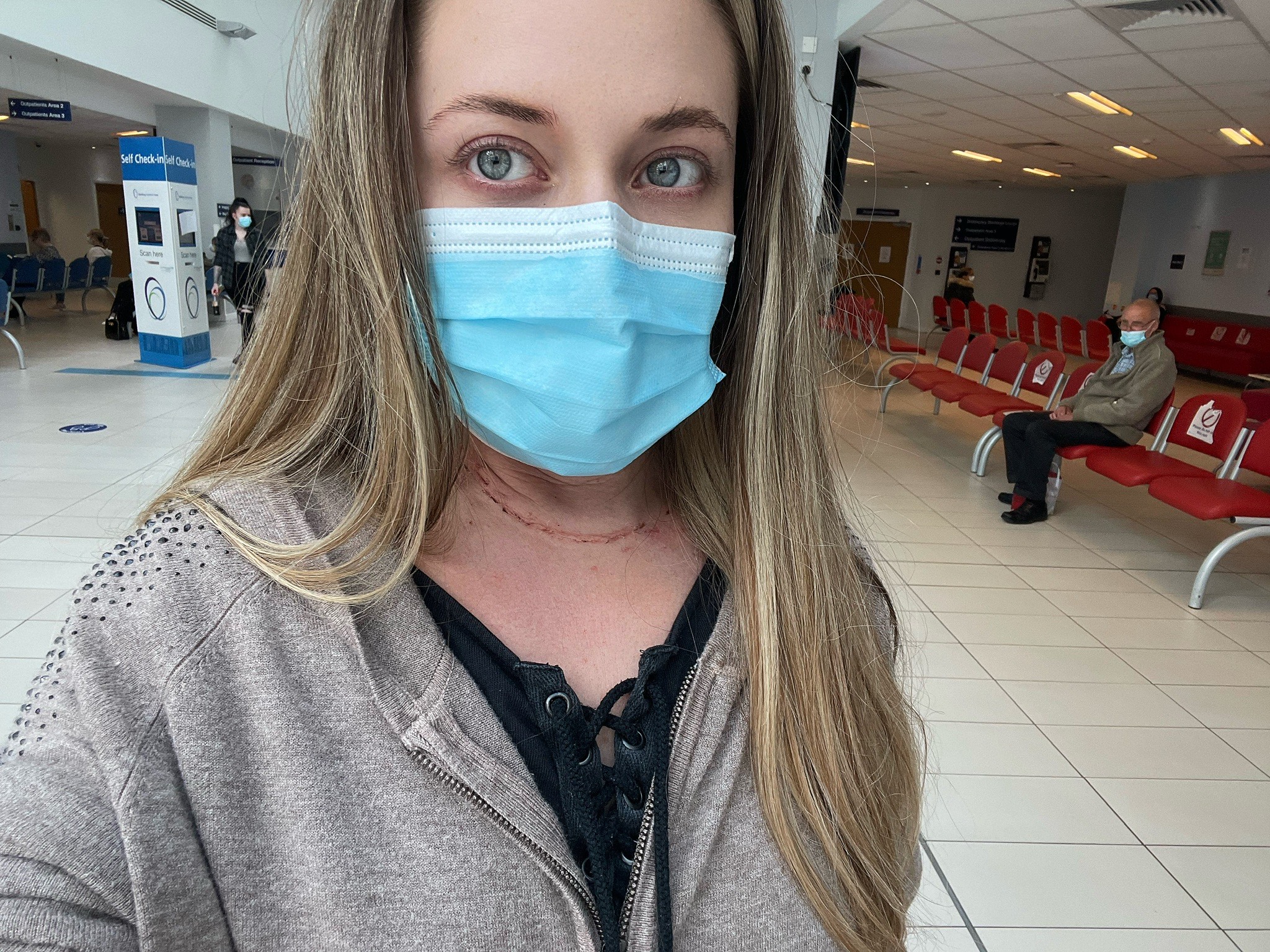 Abi – who played Liberty Savage in the Channel 4 soap – spoke to Fabulous for the first time since the operation that saved her life, about discovering the lump back in March.

She said: “I felt a weird tug on the neck when I was getting in the car.

“I immediately thought I'm just going to feel my neck, because we always get told to ‘feel your boobs, feel this, feel this’, but I’d never felt my neck.

“A month before I’d watched a video by Love Island’s Demi Jones where she talked about having thyroid cancer. 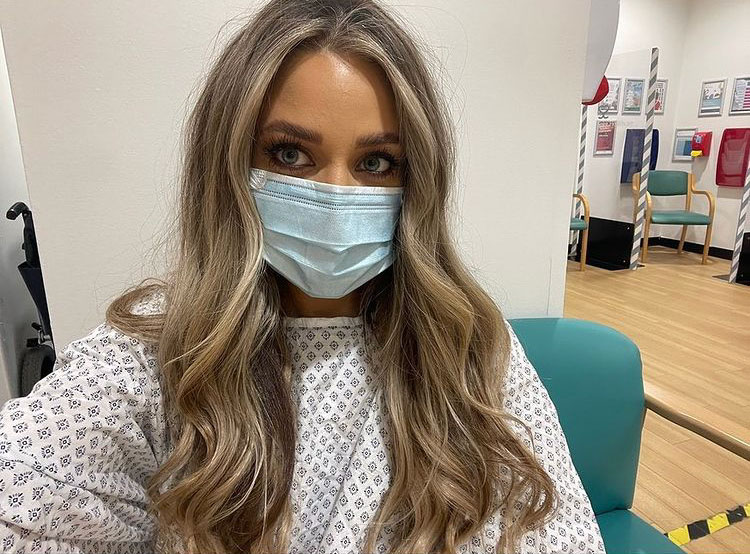 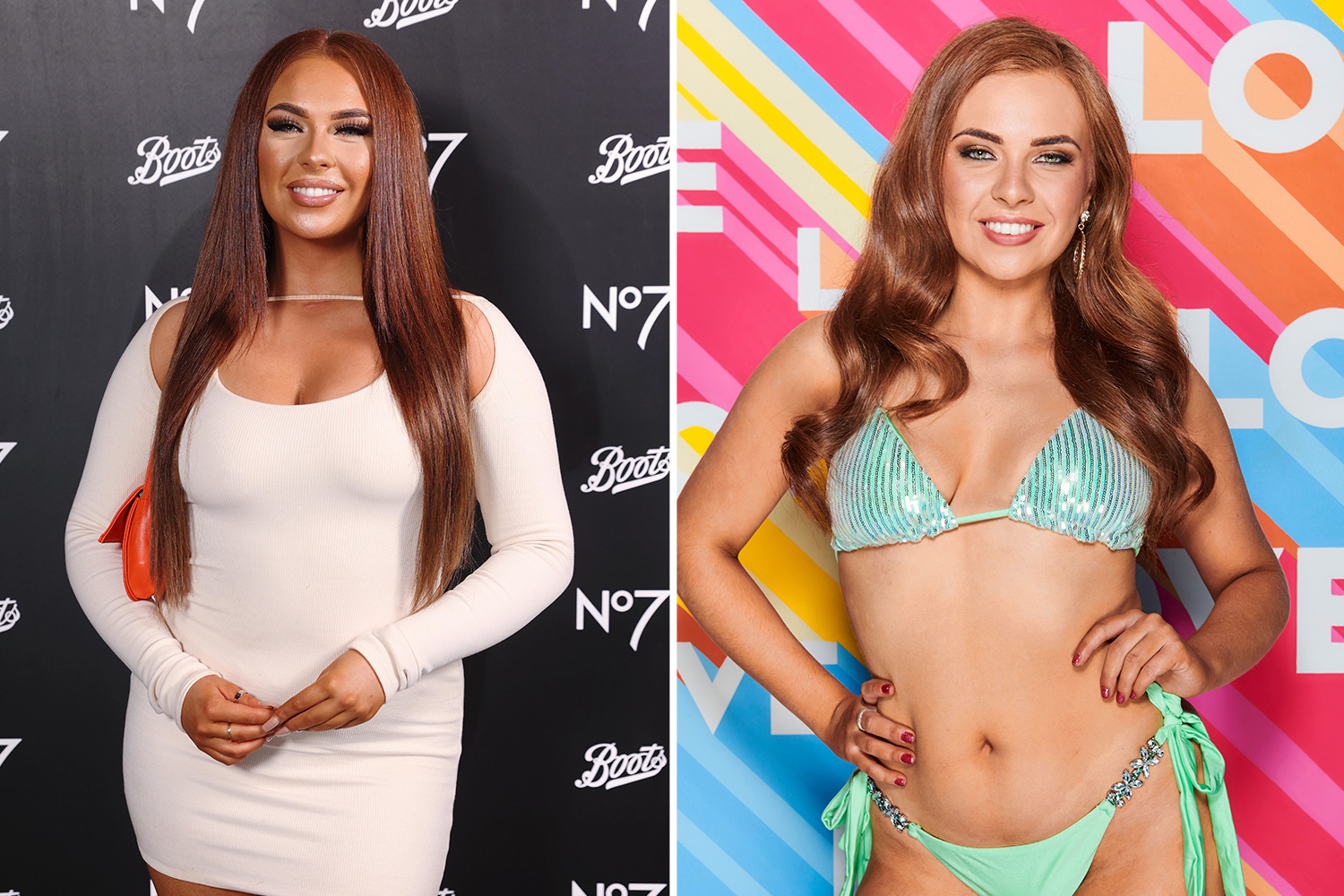 “So I went into panic stations and immediately rang the doctors and they put me in for an emergency appointment.”

Demi, 22, who rose to fame on the winter edition of the dating show in 2020, was diagnosed with thyroid cancer just months after her TV appearance.

When Abi arrived for her NHS slot she was actually turned away.

She explained: “I got to the appointment and the woman basically said ‘I'm sure it's nothing, your body's probably just getting over something, you've probably got a cold’. 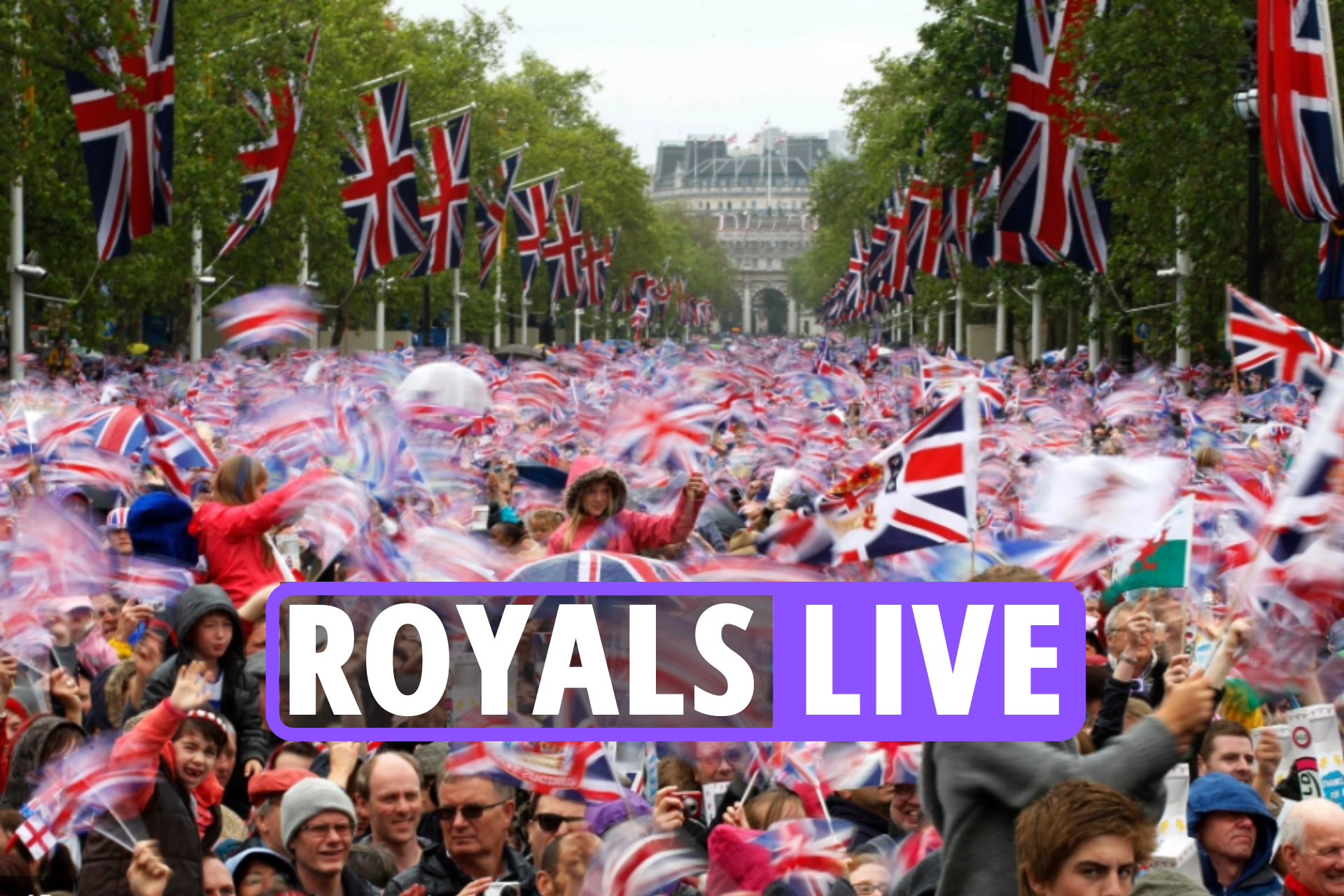 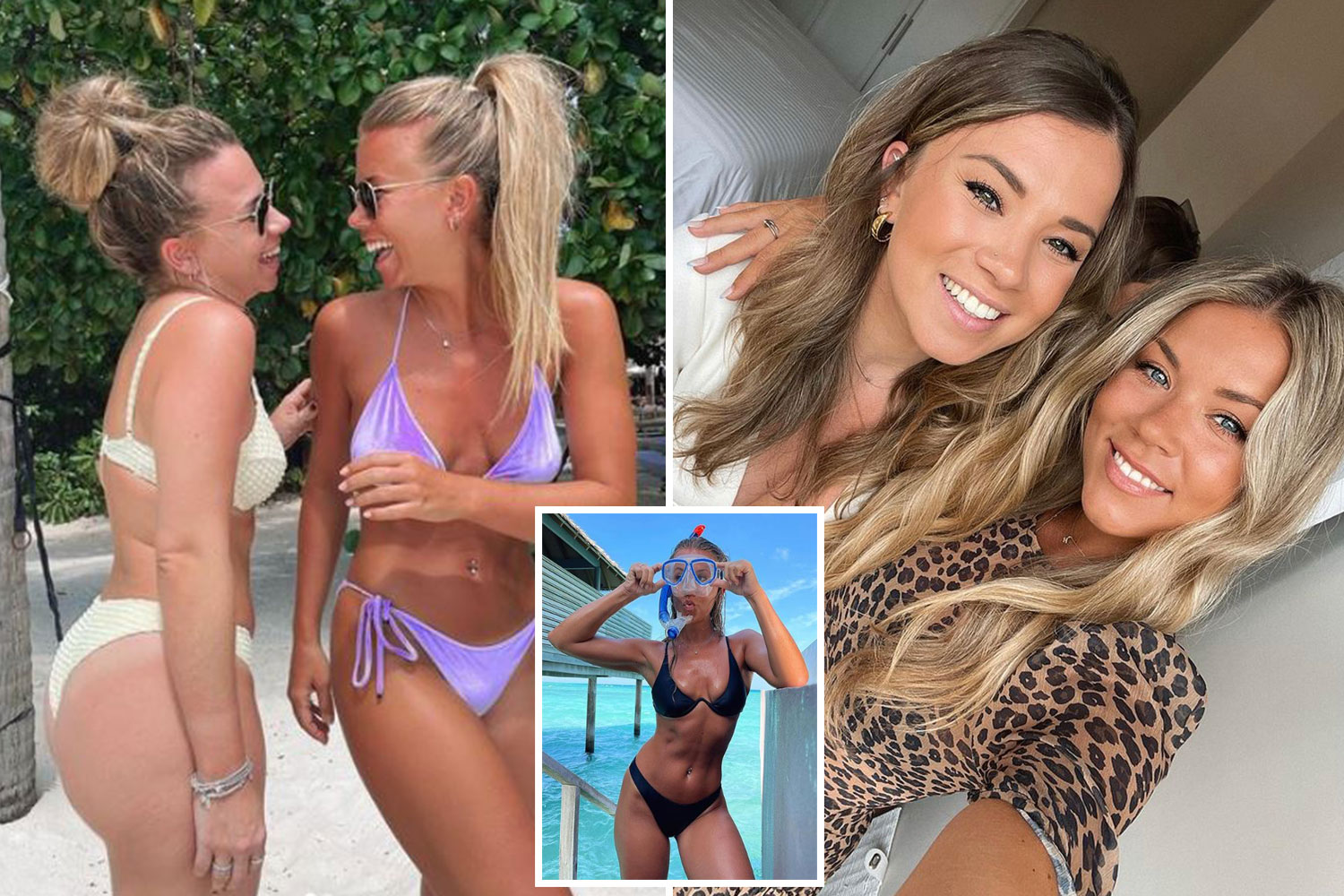 The VERY glam lives of Alan Shearer’s daughters, from Maldives to a music career 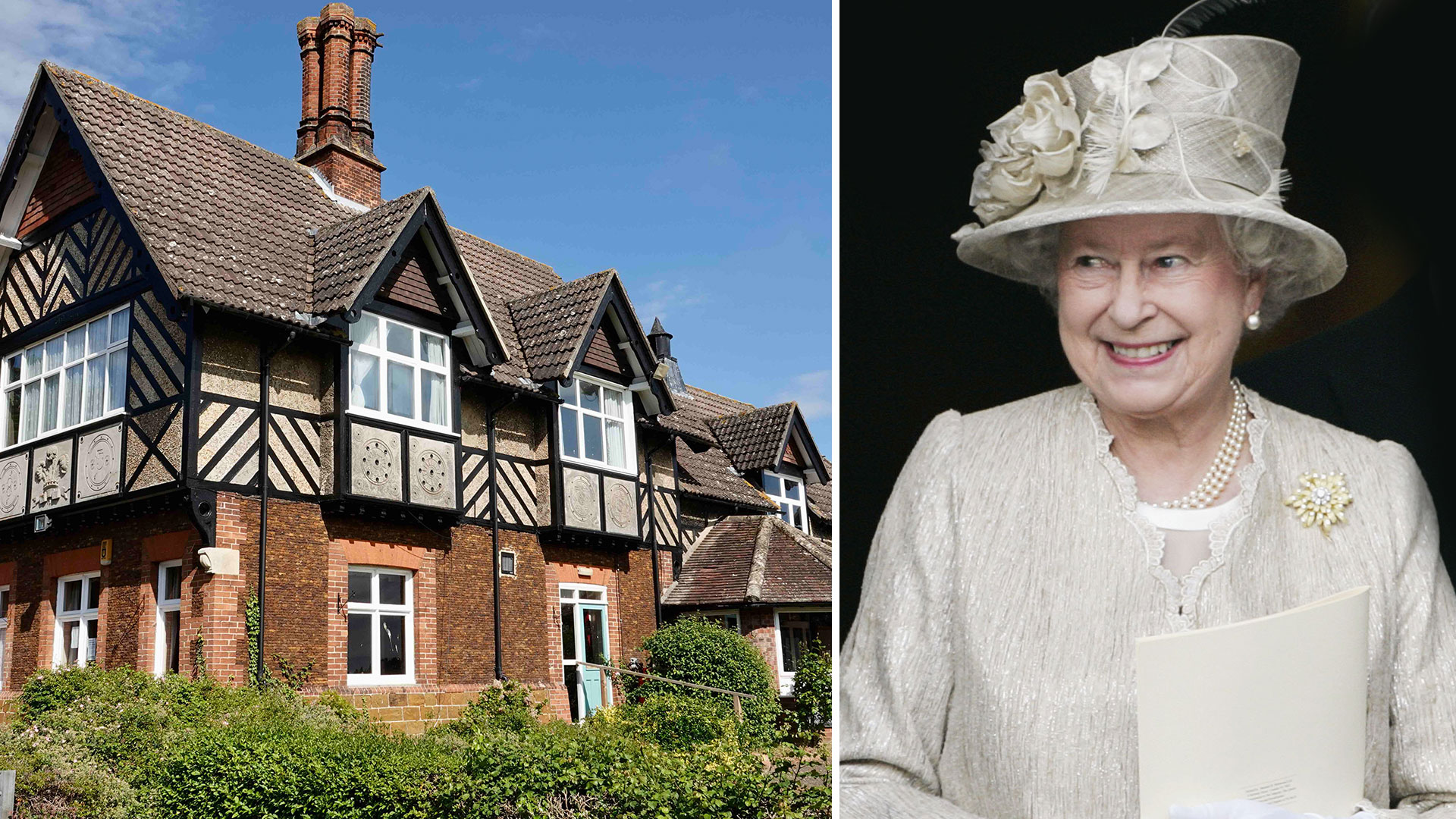 “She said that she had a lot of people coming in with Tonsillitis and that I’m young and to give it a few months and if it's still there, then come back.”

Despite this advice, Abi decided something was still wrong.

She added: “I thought ‘sod that, I’m not waiting’.

“I'm not one of those people that can sit around with a lump in my body. I looked into booking privately.

“Bear in mind I’m a musician, for the last two years I haven't really been able to work, so it's not like I've got pots of money lying around.

“I couldn’t afford to go private.

“But I did it for my peace of mind, for my mental health, I couldn't just sit around knowing I had a lump in my neck.”

When you hear the C word you automatically do think worse.

Abi, who has recently bought a house in Birmingham with her sales manager boyfriend Gav, 33, booked in for an initial appointment with a consultant who took the lumps seriously.

The actress said: “She looked at me and she went ‘lumps don’t tend to come up there. I'm quite concerned.’

“Then she wanted to get me in to have an ultrasound guided fine needle biopsy.”

Abi also had to do a CT scan and was given some devastating news by the consultant.

Abi explained: “She basically sat me down and said we are looking at cancer.

“She referred me back to the NHS to see a really amazing doctor and ended up going to that appointment with him.

“He sat me down and this was the next awful bit because he said ‘you do have cancer’ and we're not sure which one it is.

“At this point, I'm going out of my mind. They basically sent me down to have a lot of blood tests, I think they took about 10 bottles of blood from me.

“They were pretty certain it was thyroid cancer.”

It just was just really bizarre. I couldn't really think, I was just devastated. I couldn't actually believe it.

As soon as the dreaded “C word” was brought up, Abi said she broke down in tears.

She added: “I wasn’t sobbing but my eyes were just leaking everywhere.

“It just was just really bizarre. I couldn't really think, I was just devastated. I couldn't actually believe it.”

The Hollyoaks star admitted that the thought of death “absolutely” did cross her mind at this point.

She said: “I just think it's human nature to think those things.

“And especially when you hear the C word you automatically do think worse.

“You get told you're young, but it does not matter. I personally think cancer doesn't discriminate against anybody and you can get it no matter how old you are.”

And waking up over the next few weeks was so hard that she now thinks she will seek the help of a therapist to process it all.

She said: “I dreaded the mornings when I woke up, because you wake up in the morning and realise it's still happening.

“I felt like I couldn't go on with my day or look forward to the day, I was kind of just going through the motions of life but being terrified at the same time.

It's good to be cautious, but it's not particularly a healthy way to live.”

Abi took some blood tests which confirmed the diagnosis.

Thyroid cancer starts in the thyroid gland in the front part of the neck when cells begin to grow out of control – and it can affect the hormones that help regulate your metabolism, heart rate, blood pressure, and body temperature.

“Medullary is a rarer form and a lot more complicated to cure.

“And then papillary is the better one of the two. It's more common, easier to cure.”

WHAT ARE THE SIGNS OF THYROID CANCER?

THYROID cancer is quite rare in the UK – less than 1 percent of every 100 cancers diagnosed in Britain is a thyroid cancer. Around 3,400 diagnoses are made each year, with it more common in women than in men.

Thyroid cancer doesn't usually present any signs or symptoms early in the disease.

It is usually found when patients are undergoing ultrasounds, CT scans or MRIs for an unrelated reason.

As the cancer grows it may cause;

She later found out which one she had after further tests, and said: “I went to the hospital with my boyfriend, and my mum and dad drove me.

“We were all a bag of nerves as the CT scan was to see if it had spread as well.

“I found out that it was the lesser one of the two and it hadn't spread throughout the body and it was just in my lymph nodes at this point.

“We were celebrating, which I said was just so weird.

“Celebrating that you've got a certain type of cancer is just nuts to me.”

Last Monday, Abi was booked in for a gruelling five-hour operation where her lymph nodes were removed under general anaesthetic.

Waking up was said to be “agony” and added: “It was quite excruciating.

It is scary and no, you don't want to hear that [C] word, but it's better to hear it and be able to do something about it, rather than to hear it later and it'd be too late.

“They gave me morphine but it kept making me sick so I’ve been on paracetamol and ibuprofen which hasn’t been the best.”

She’s been left with a large scar on her neck, but has a very positive outlook on it being in such a visible spot.

Abi said: “I'm very much in the mind frame of I think scars kind of show you what you've been through and remind you the small stuff isn't worth worrying about.”

Next, Abi will likely have to consume a radioactive drink to kill off the rest of the cancer cells.

She explained: “I've got to stay in a room on my own and eat from polystyrene. I can't get near anybody for like a week because I'll be radioactive for about a week.”

Abi said she reached out to Demi after the reality star shared her own journey online, and told her how she had potentially saved her life – and Demi responded.

She said: “Demi left me such a lovely voice note and she's so nice.

“She just gave me her support – it was just really nice.”

Abi praised Demi for speaking out so publicly about her experiences and also sang the praises for the likes of Deborah James, who is known as @BowelBabe and has spoken about her battle with bowel cancer.

Abi said: “For my own mental health I haven't been able to look at all her posts because obviously I've just been diagnosed with cancer myself.

“It makes sense to stay away from that kind of thing.”

The Hollyoaks star urged people to be persistent if they do feel any abnormal lumps, and to not necessarily accept the first diagnosis.

She said: “If you do have a lump of some sort and you have no other symptoms, get it checked.

“Don’t let somebody tell you that you're too young.

“It is scary and no, you don't want to hear that [C] word, but it's better to hear it and be able to do something about it, rather than to hear it later and it'd be too late.”

Abi said there is a chance they will find more cancer cells later on.

She added: “I mean, there is a chance. It does scare me quite a bit, but I feel like it's more affected me mentally with other things as well.

“I initially went to the doctors with the lumps in the neck and I've kind of lost my trust, because I went in to see a medical professional, and they turned me away.

“If I had taken their word and gone away for a few months, would I have even bothered to go back or thought it might just be like a lump of fatty tissue or something?”

Abi played Liberty Savage on the Channel 4 soap for two years up until 2013.

She later quit to appear on The Voice, but didn’t proceed in the competition after none of the judges turned for her.

She originally won her Hollyoaks role by writing a song called Missing You – which was played when Carley Stenson’s character Steph Cunningham died in a house fire.

Speaking about the soap, she added: “One day I was doing my GCSEs and the next I’m on Hollyoaks – I just wasn’t expecting it at all." 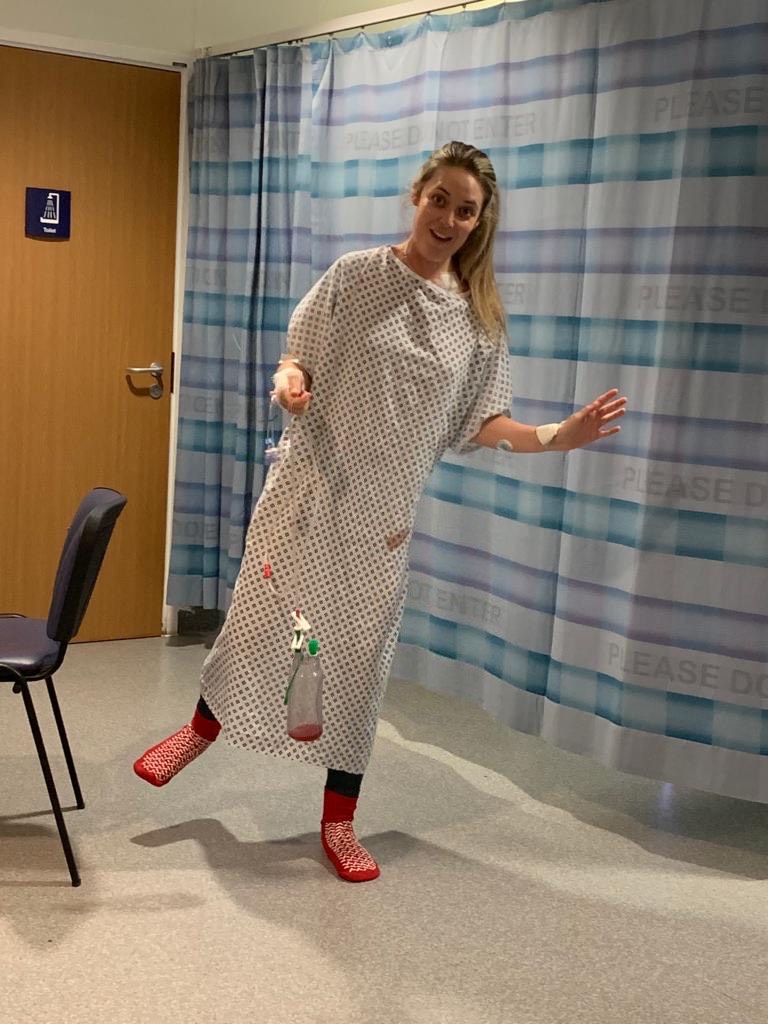 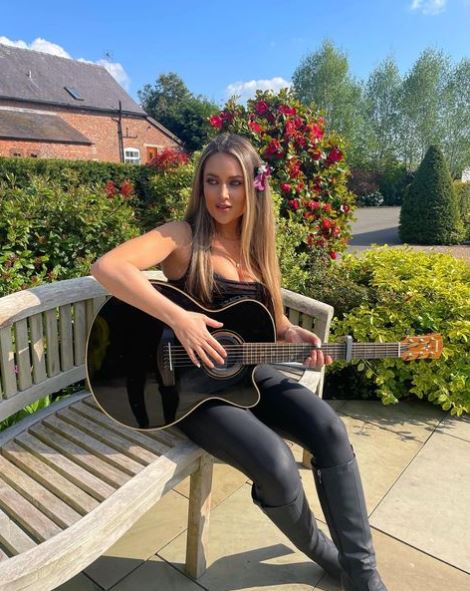 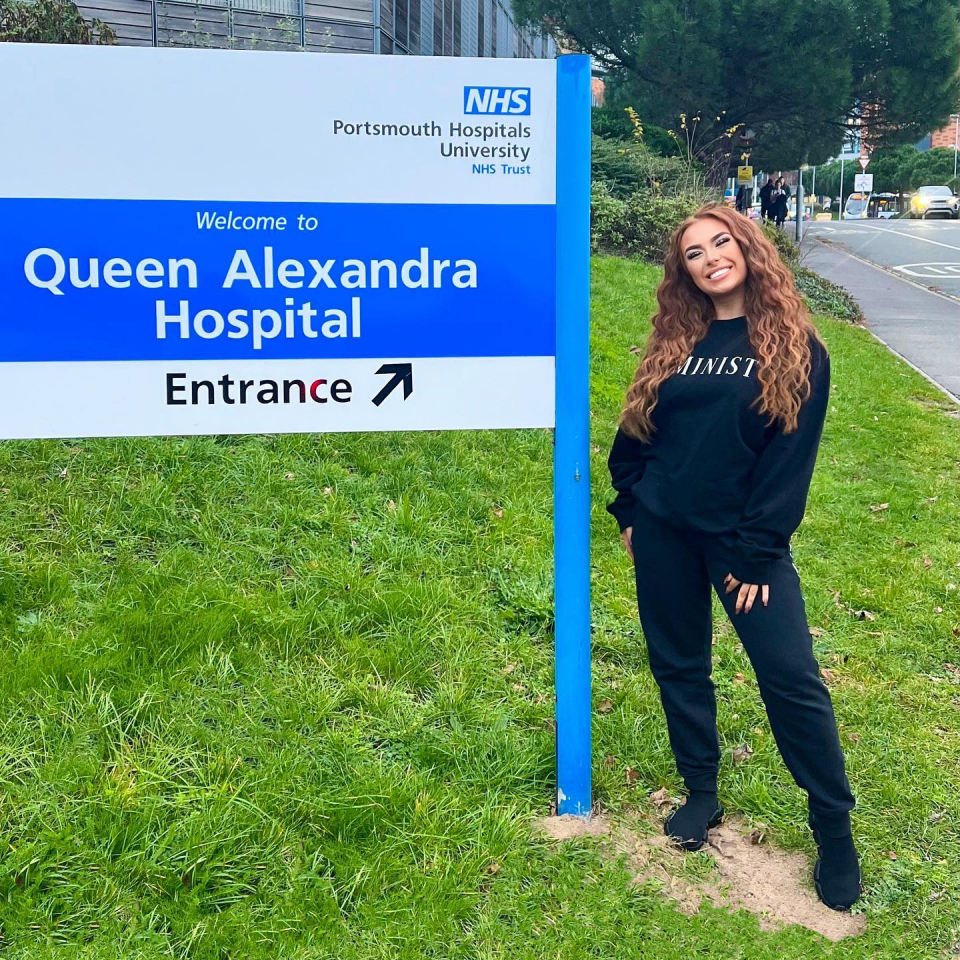 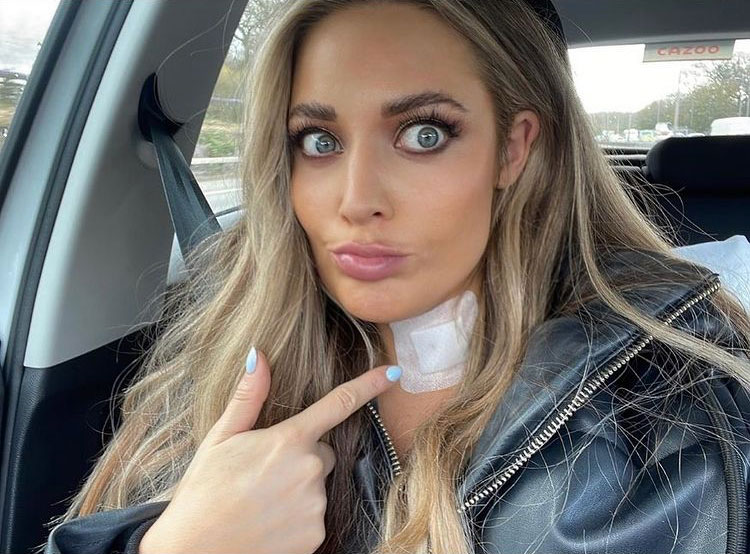 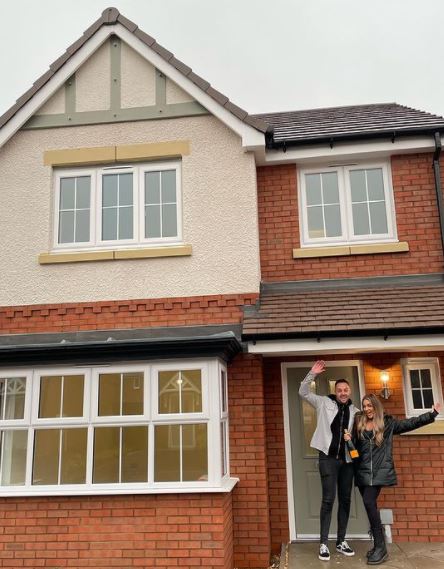 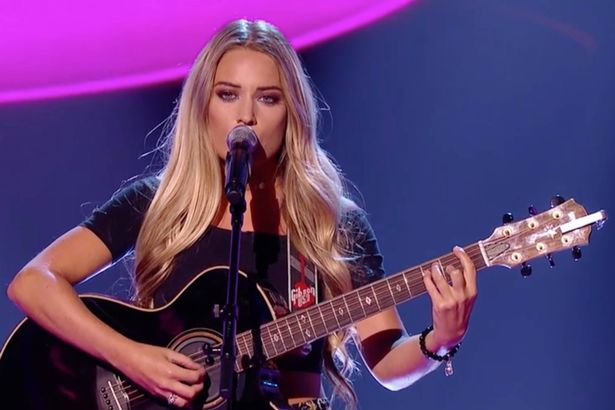 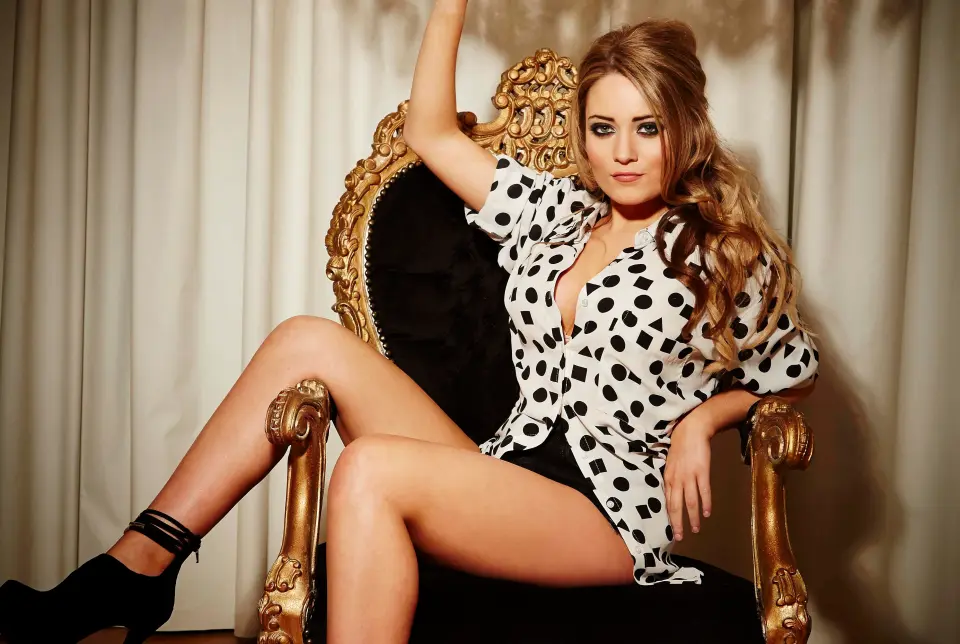