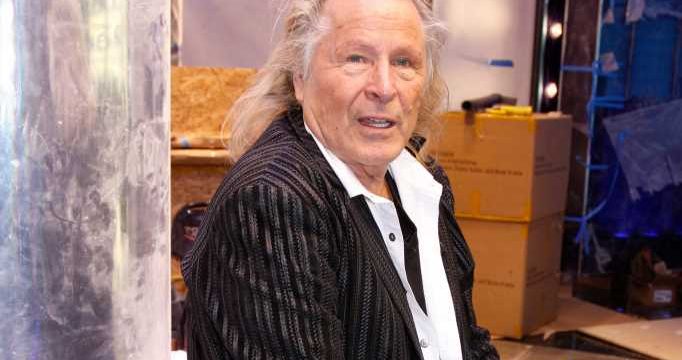 Peter Nygård will remain in a Winnipeg jail awaiting his extradition hearing.

That decision was made Friday afternoon by the Manitoba Court of Appeal.

The self-made apparel magnate was arrested in mid-December at the request of U.S. officials and is awaiting an extradition hearing under the countries’ extradition treaty. Nygård is facing a nine-count indictment that includes charges of sex trafficking and racketeering, and was brought forward by the Southern District of New York.

Nygård is being held at the Headingley Correctional Center, where he has access to a phone for 16 hours each day.

Dozens of women have accused Nygård of varying degrees of criminal behavior, including rape and sexual abuse. Some of the alleged victims said they were minors when the incidents were said to have occurred. Some have alleged that incidents took place at Nygård-owned properties in the U.S., the Bahamas and Canada. Others have claimed that some of Nygård’s employees were involved in his alleged misdeeds.

Some accusers claimed Nygård used company funds to pay victims or to arrange for plastic surgery or abortions. There were also claims that Nygård prevented them from leaving his properties and requested that they recruit more women. Nygård’s lawyers disputed that at last week’s court hearing, as well as the number of alleged minor accusers.

On March 18, Nygård’s legal team had appealed to the Court of the Queen’s Bench challenging a previous decision by Justice Shawn Greenberg that he not be released on bail. During the all-day hearing, his lawyers repeatedly argued that the health of the nearly 80-year-old, who has Type 2 diabetes, was at great risk, due to the COVID-19 pandemic. Plans for vaccinating prisoners at the CC where he is being held would not be done for at least a few weeks.

Meanwhile, Scott Farlinger, senior counsel for the attorney general of Canada, presented Nygård as a potential flight risk. The Finnish-born magnate owns properties in Canada, the U.S. and the Bahamas. The attorney general’s lawyer also aired concerns that Nygård or his associates could potentially contact witnesses and alleged victims while under house arrest.

While Greenberg spent 30 minutes explaining her initial decision, Justice Jennifer Pfuetzner took eight days to deliver hers. In her 16-page decision, Pfuetzner reiterated that the application judge (Greenberg) had been rightly concerned that others would act on Nygård’s behalf to contact alleged victims and witnesses. Nygård’s team had suggested bulking up their previous bail plan with 24/7 monitoring of all computer devices and mobile phones and recording of all telephone conversations. They also suggested restricting visitors to medical and professional advisers that would be monitored and enforced by a paid security team. That, however, would bar Nygård’s sureties from supervising him, Pfuetzner noted in her decision.

What had been presented as a “21st-century bail plan” could be defeated by someone simply walking in and handing him a burner phone — a point previously “adroitly stated” by the counsel for the attorney general, Pfuetzner said.

She also noted that the issuance of the Authority to Proceed and the Record of the Case “does not constitute a material change in circumstances as there is simply no chance it would have affected the application judge’s decision to detain the respondent on the tertiary ground.”

Noting how Nygård’s detention is necessary “to maintain confidence in the administration of justice,” she wrote, “I say this not only in regard to the revised bail plan, but to all of the factors considered by the application judge, including the ‘extreme’ nature and scope of the allegations, which paint a picture of criminal conduct that was planned, financed and executed on a staggering scale.”

An attorney for Nygård was not immediately available to comment Friday evening.

A targeted date for Nygård’s extradition hearing could be as early as June, according to a March 12 filing by the attorney general.