A DAD who started drinking at the age of 14 and used to down a litre of vodka or gin per night has revealed how he gave up the bottle for good.

Paul Lock, 45, who lives in Surrey, has now shared inspiring before and after photos as he opens up about recovery. 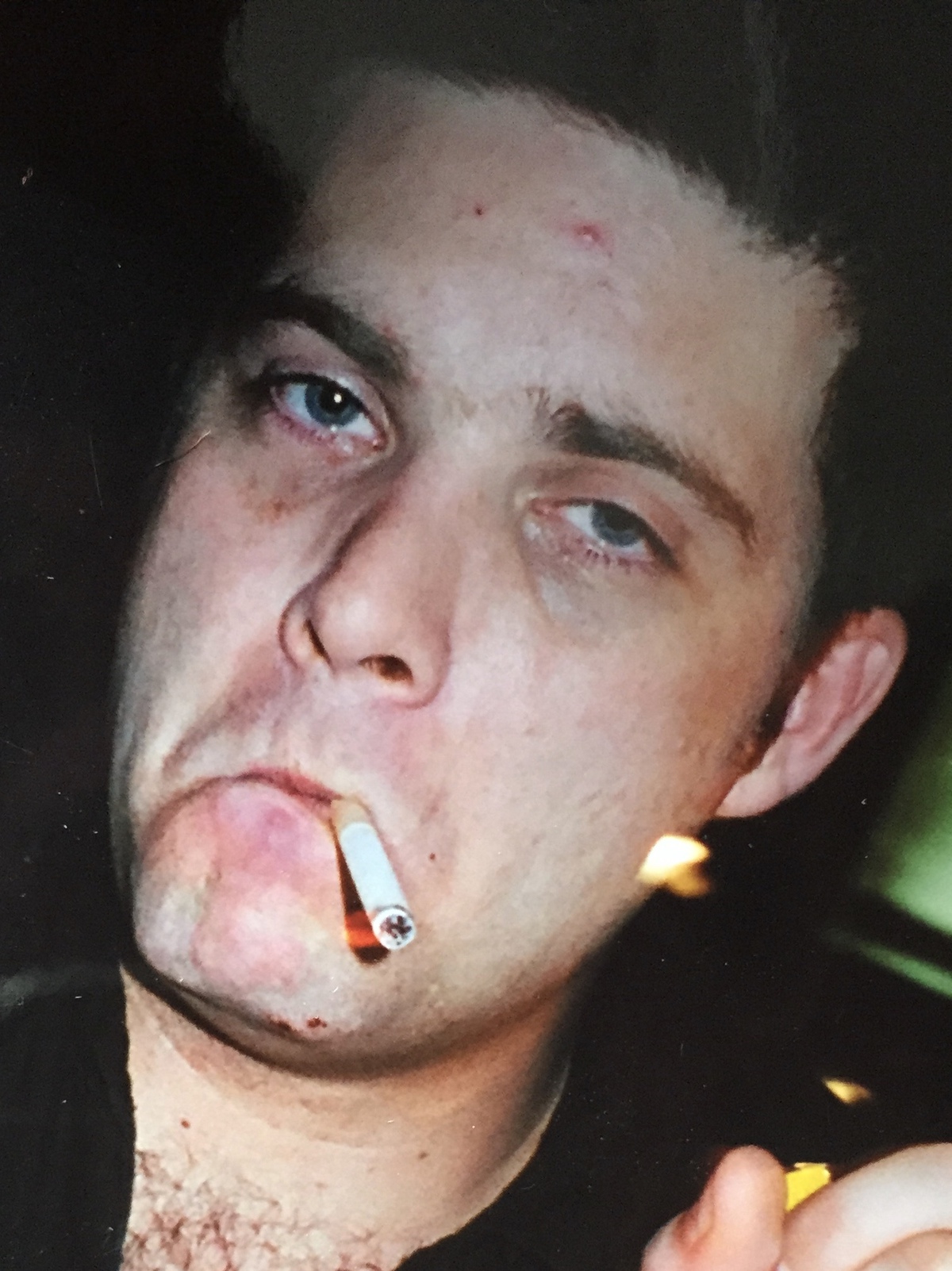 Paul had his first taste of alcohol as a teenager – the start of a harrowing journey that would see him suffer with drinking problems, as well as depression and anxiety, for years.

From the age of 18, the now dad would binge-drink up to four times a week – only stopping if he ran out of money – and as the years went on, and the drinking escalated, often consumed more than a litre of booze per night.

Some days, Paul would hit the bottle from noon in the day until 6am the next morning.

Paul said: "If I wasn’t going out, I’d binge drink on my own at home. 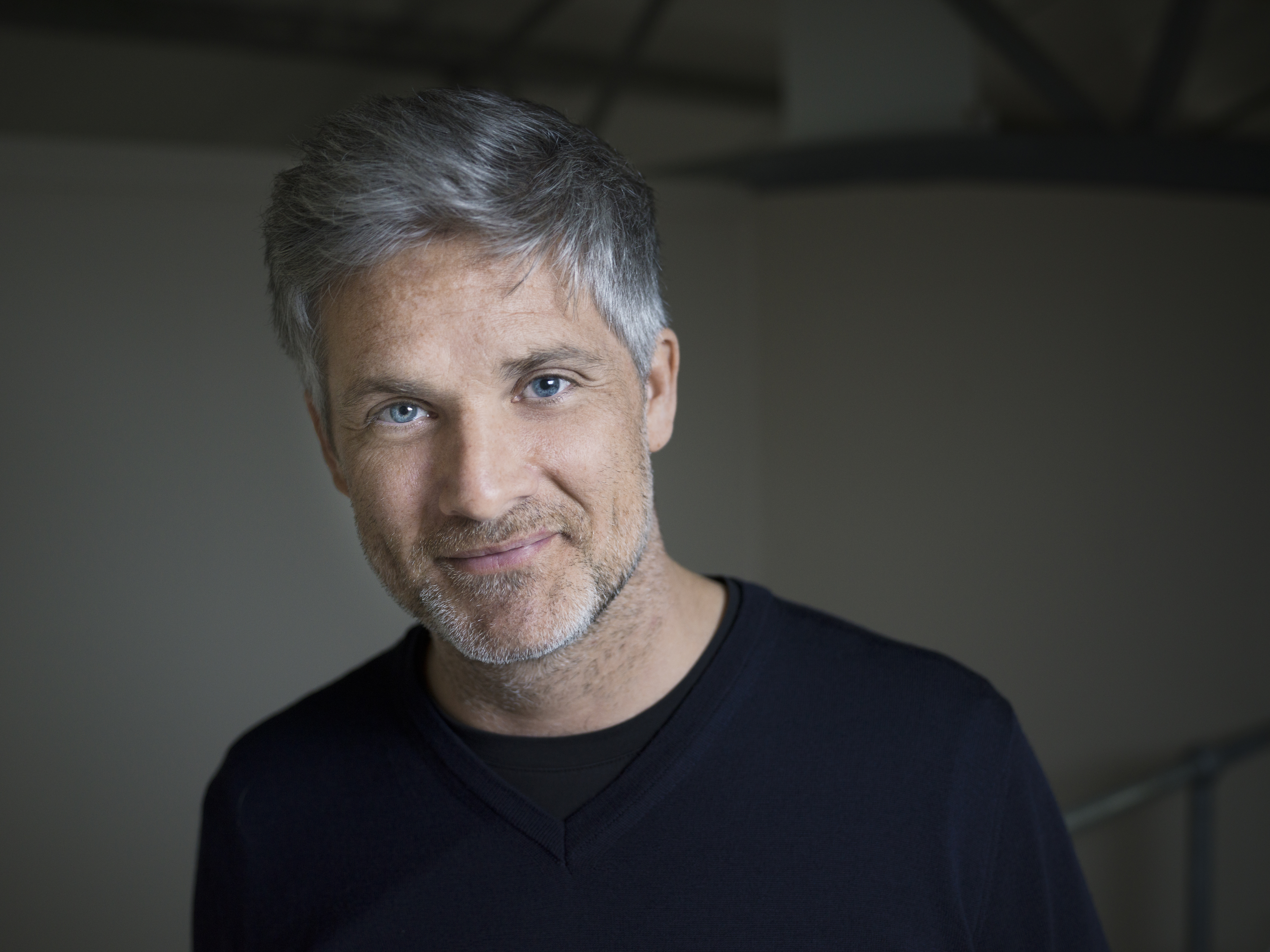 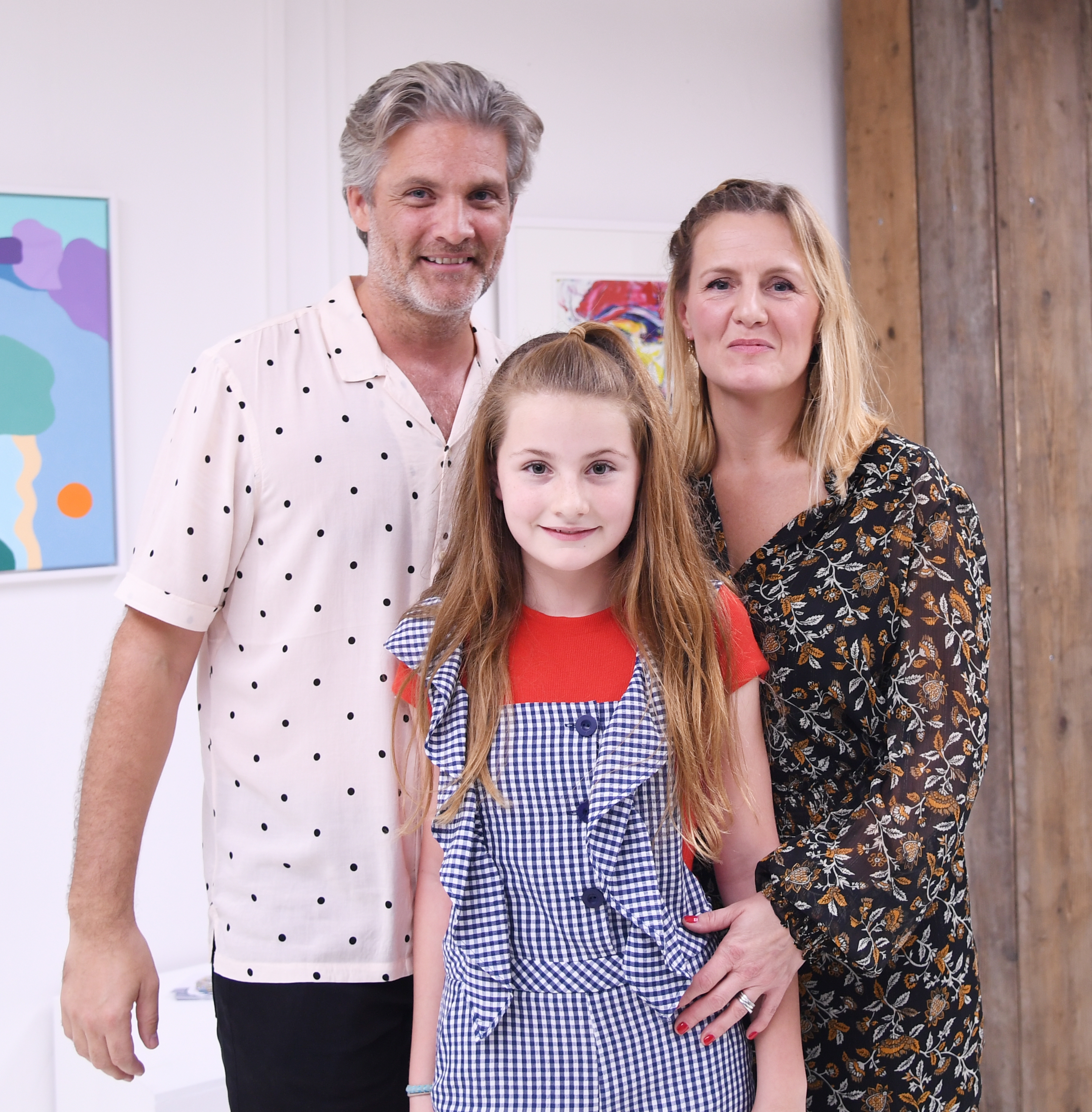 "I didn’t suffer from hangovers so there was no off switch.

“When I drank, I would typically only stop drinking when I ran out of money, the venue closed, I’d drunk all the alcohol I had or I was so drunk I could barely walk."

The drinking started to take a toll on Paul in 2000, fuelling anxiety and depression.

At 28, the dad had his first mental breakdown and was signed off work, unable to leave the house for weeks on end or face life "outside the front door".

He tried therapy and medication but nothing worked – so he kept turning to the bottle in order to numb his feelings. 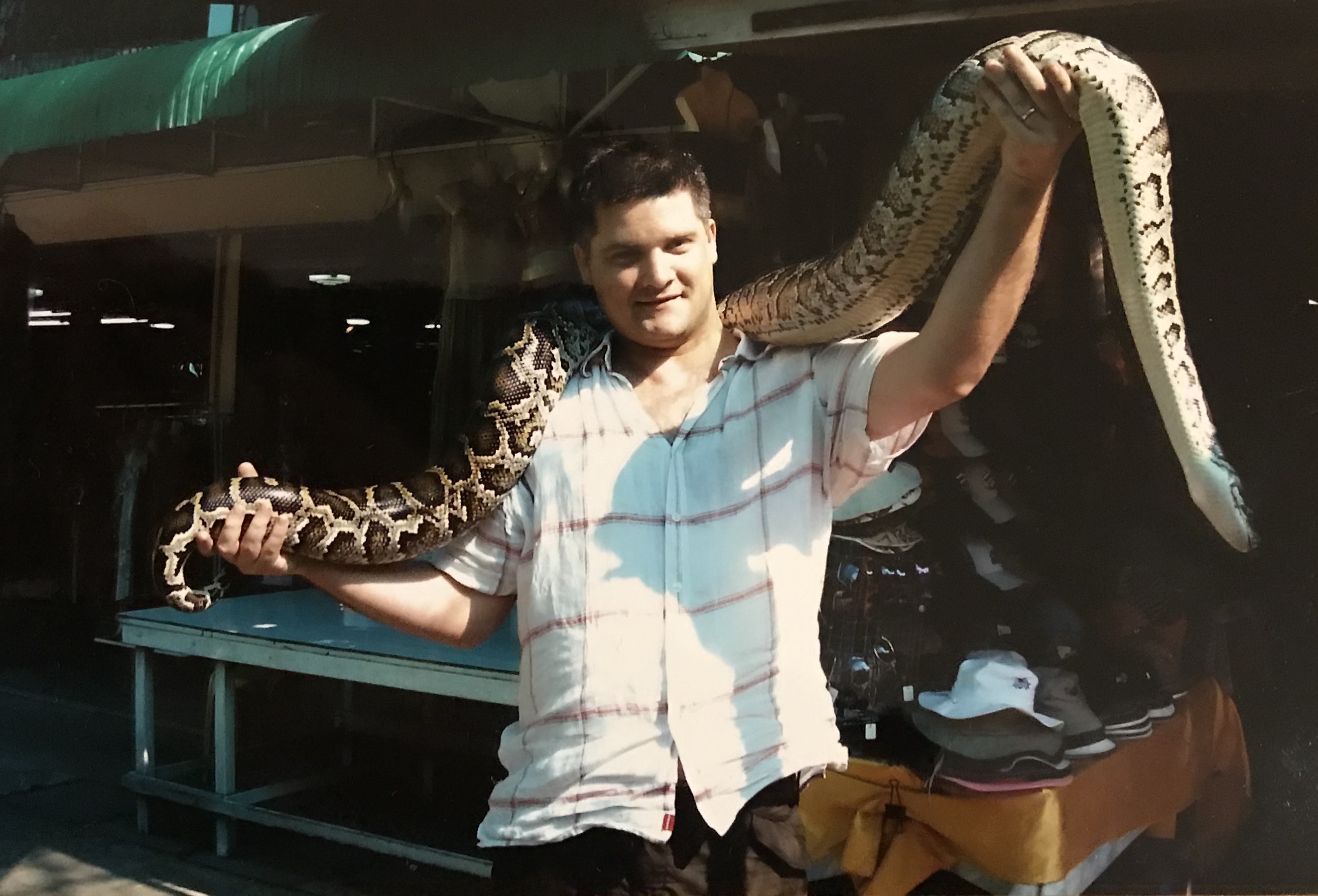 Unfortunately, having a job in sales also enabled the drinking habit as Paul would often take clients out for drinks to close deals.

He recalls a shocking incident where he was so drunk that he locked himself out of his hotel room while stark naked and had to scurry to the stairwell to hide before security came and rescued him.

Paul said: “I sometimes wonder how on earth I escaped without some pretty bad things happening.

“I remember one occasion in my late twenties after being out with some work friends, I was so drunk that I fell asleep in a doorway in Covent Garden and woke up at 6.30am, I was pretty shocked I’d done that.

“On a business trip while staying in a hotel, it was 6am in the morning and I’d not long been in bed, I got up to use the bathroom but went through the wrong door, it closed behind me and I realised I wasn’t in the bathroom – but in the hotel corridor, and my room door had shut behind me.

“I was locked out and completely naked." 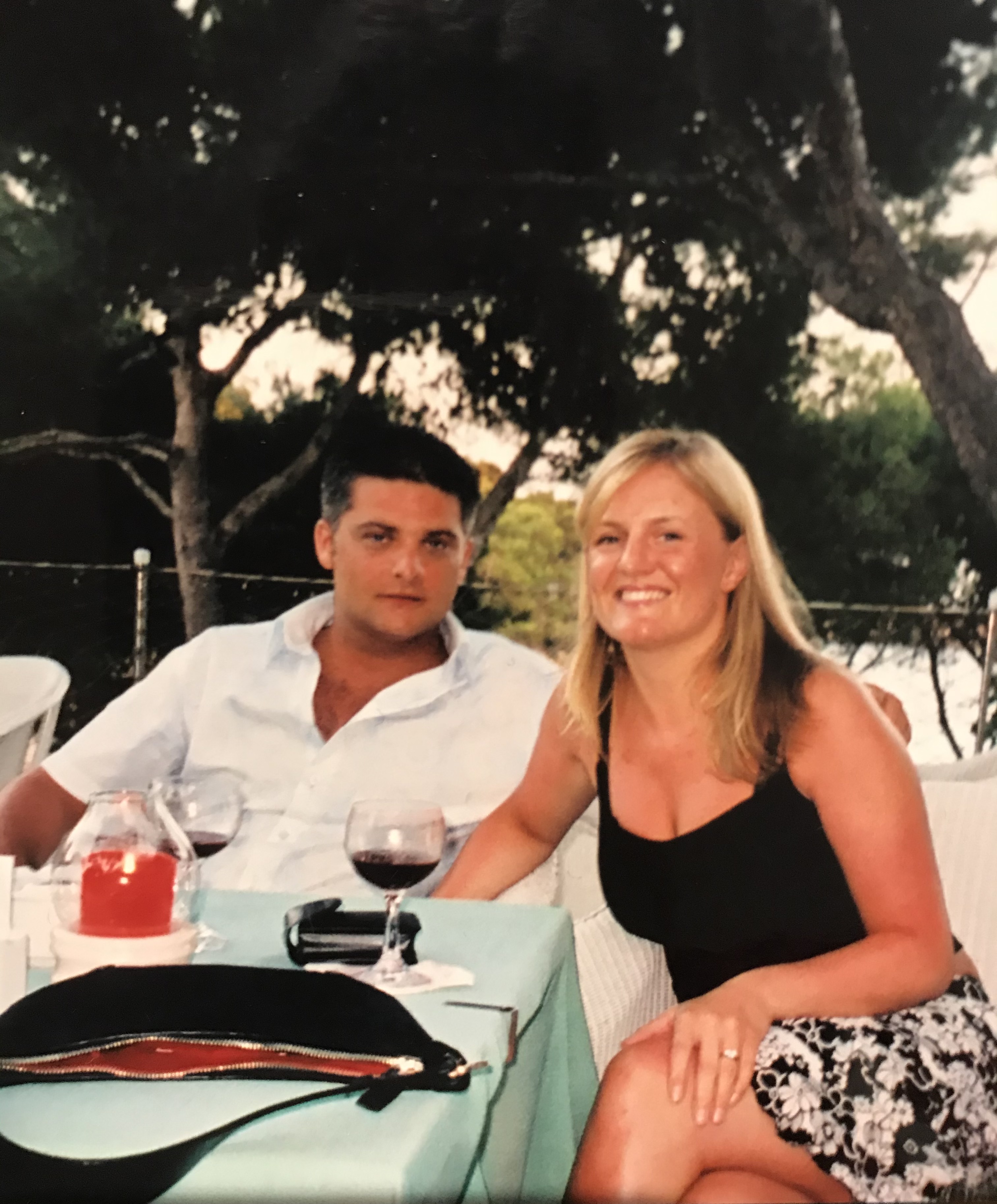 At this point in his life, Paul was also suffering from severe mental health problems.

He said: “It was anxiety and depression. I couldn’t leave the house for six weeks. I completely lost it.

“I had a panic attack in the past but this was different, I completely lost the plot. I couldn’t face life outside the front door. 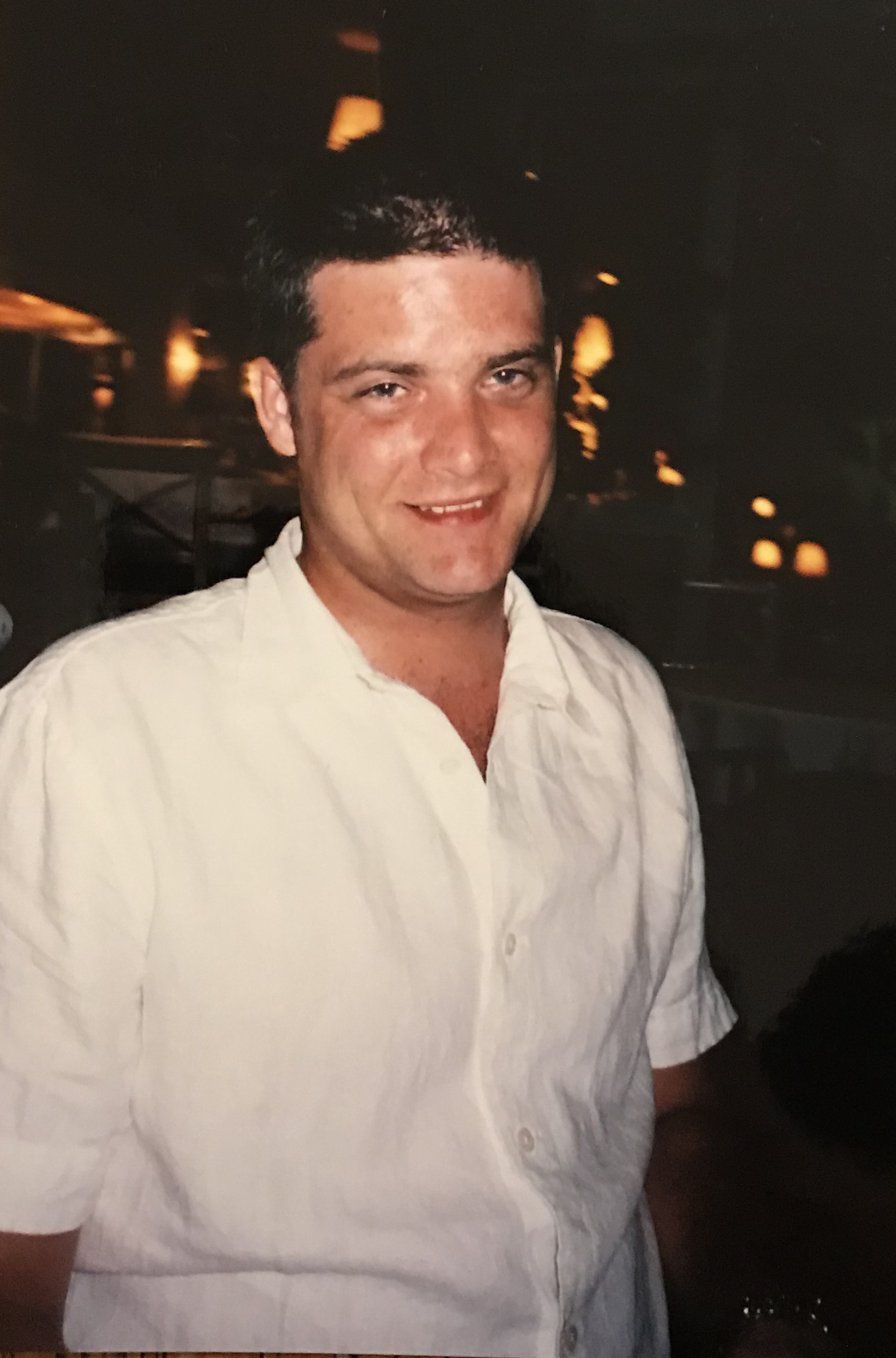 "I was anxious all the time, didn’t know what to do with myself.

“Deep down I knew it was a problem, I knew I was going to kill myself."

The dad praises his wife for being his rock and giving him unconditional love during his darkest days. 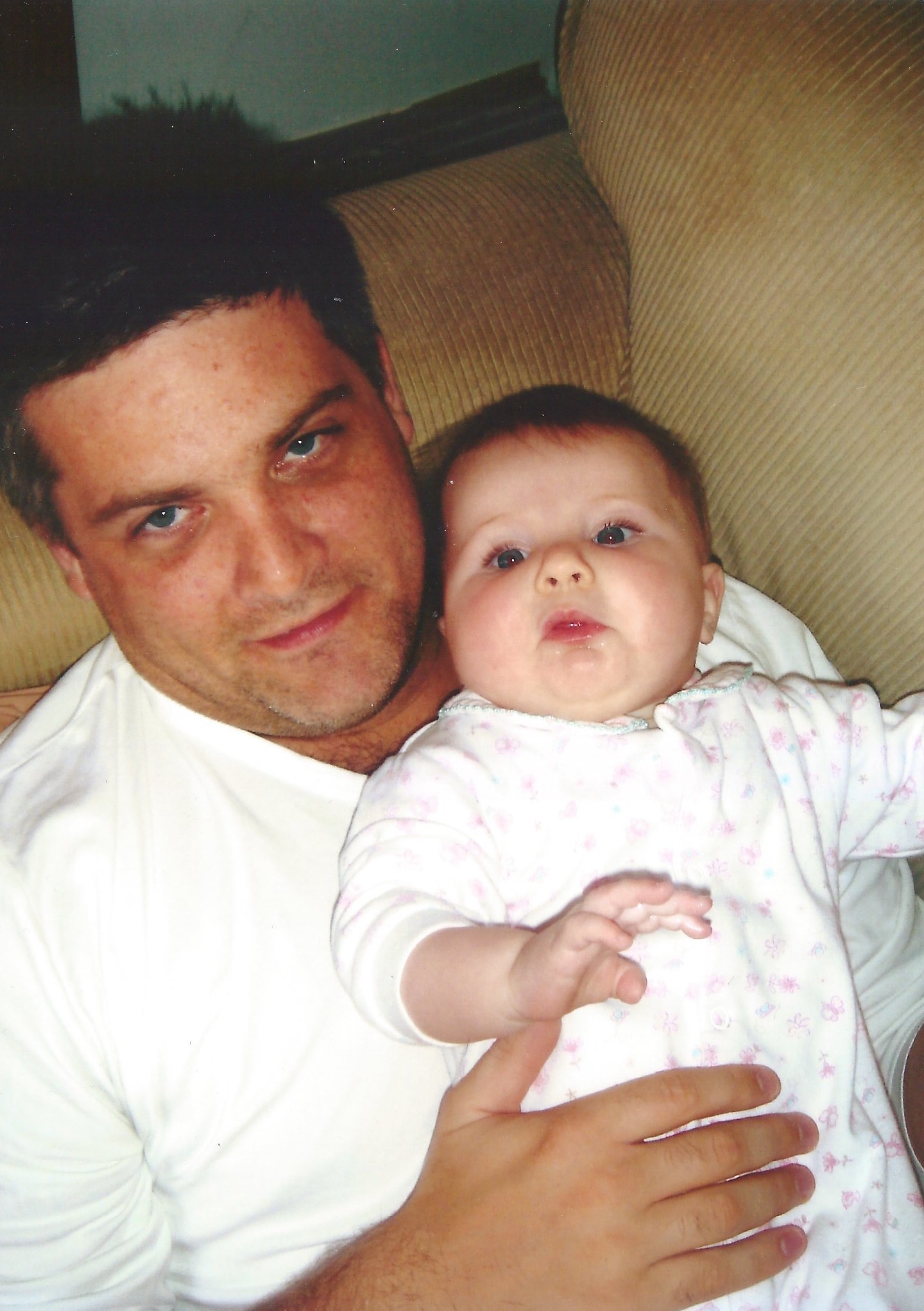 He said: “My wife is the most amazing person, she just gave me all of her unconditional love.

“I guess, it wasn’t all bad though, I would also be the life and soul of a party, getting everyone else to drink excessively and have fun.

“She was really the only one who saw my darker side and my personal pain.

"I’ve never liked being told what to do, so I guess she knew she couldn’t change me, she knew I had to see it in my own time."

In 2010, the dad had a moment of clarity while looking into his daughter's eyes.

WHAT IS THE NHS RECOMMENDED ALCOHOL ALLOWANCE?

THE NHS recommends no more than 14 units a week.

One unit of alcohol is 10ml or 8g of pure alcohol.

This is the equivalent of one 25ml measure of any spirit, a third of a pint of a beer or half a 175ml glass of wine.

Fourteen units is about six pints of beer, six large glasses of wine or 14 spirit shots. 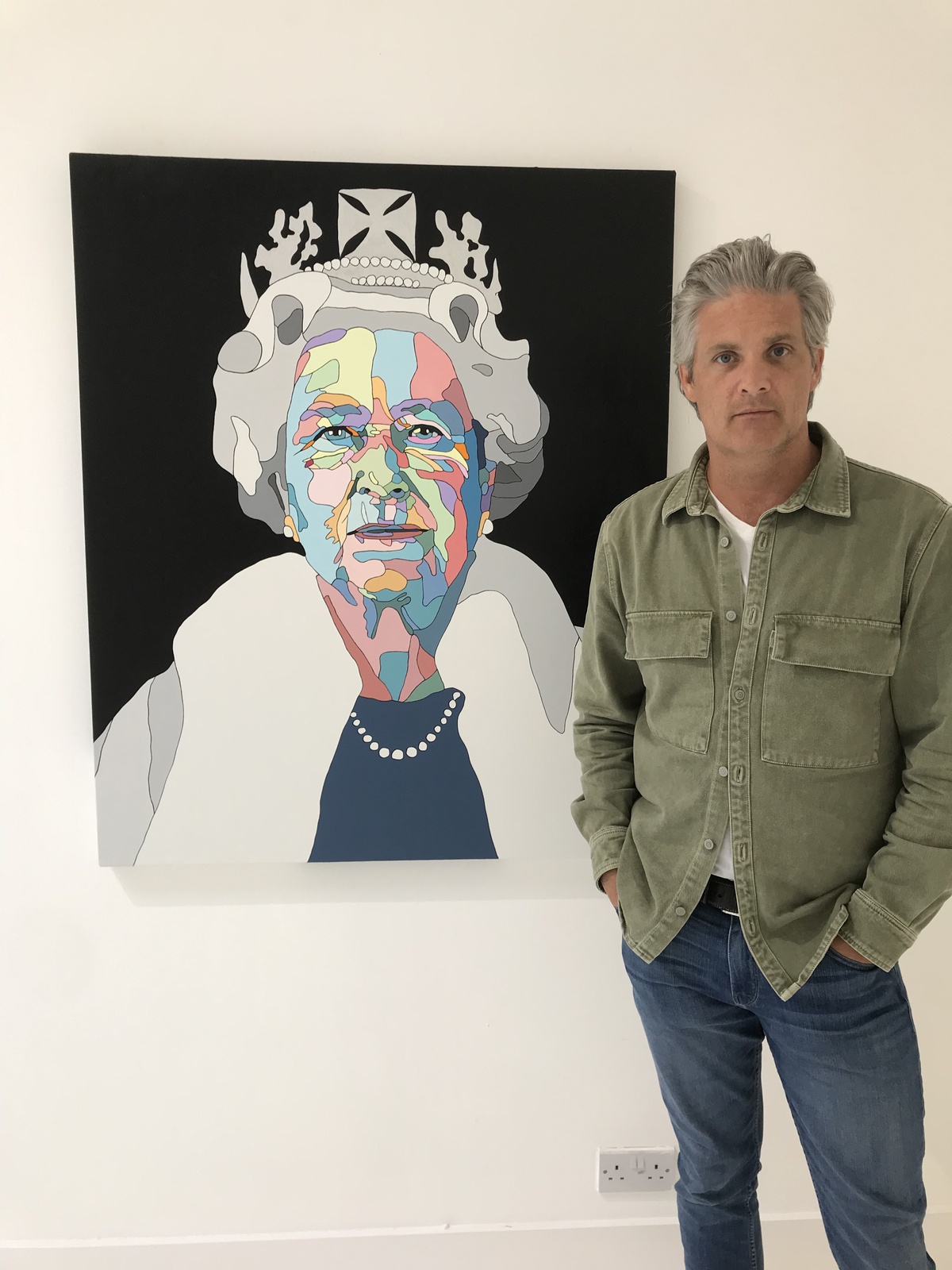 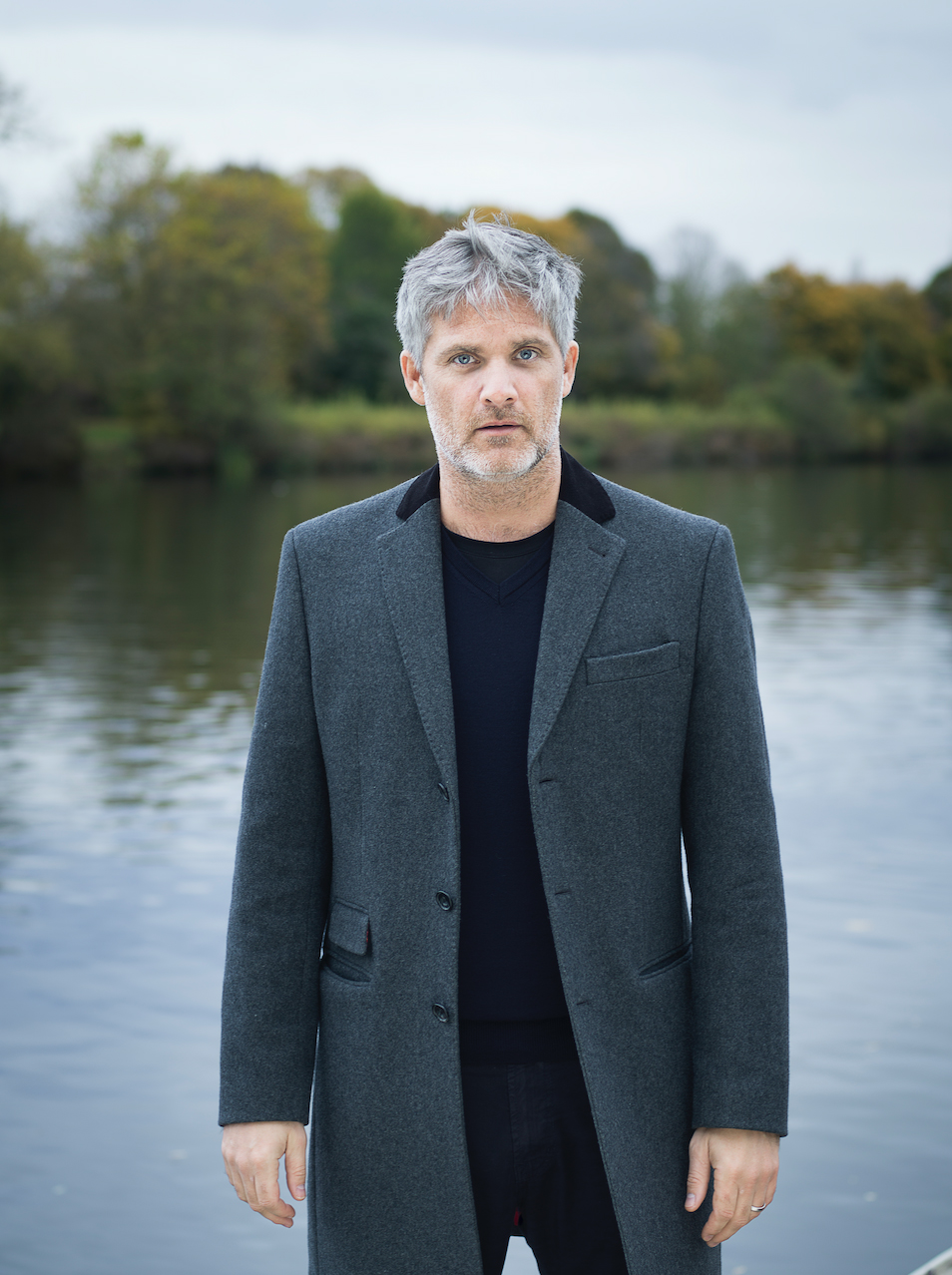 Paul said: “My daughter was two years old, I remember her walking in our bedroom in the morning as she did every morning with a huge smile on her face.

“It was about 7.30am. I looked at her and thought, where have I gone wrong?

“That’s when it started to change.

“That moment was when I knew for me, for her, that I’d rather end up needing mental health support in a mental hospital than continue what I was doing with drinking.”

At the age of 35, Paul went cold turkey and stopped drinking altogether.

Giving up alcohol was a challenge, with the dad's head constantly feeling like it would “explode”. 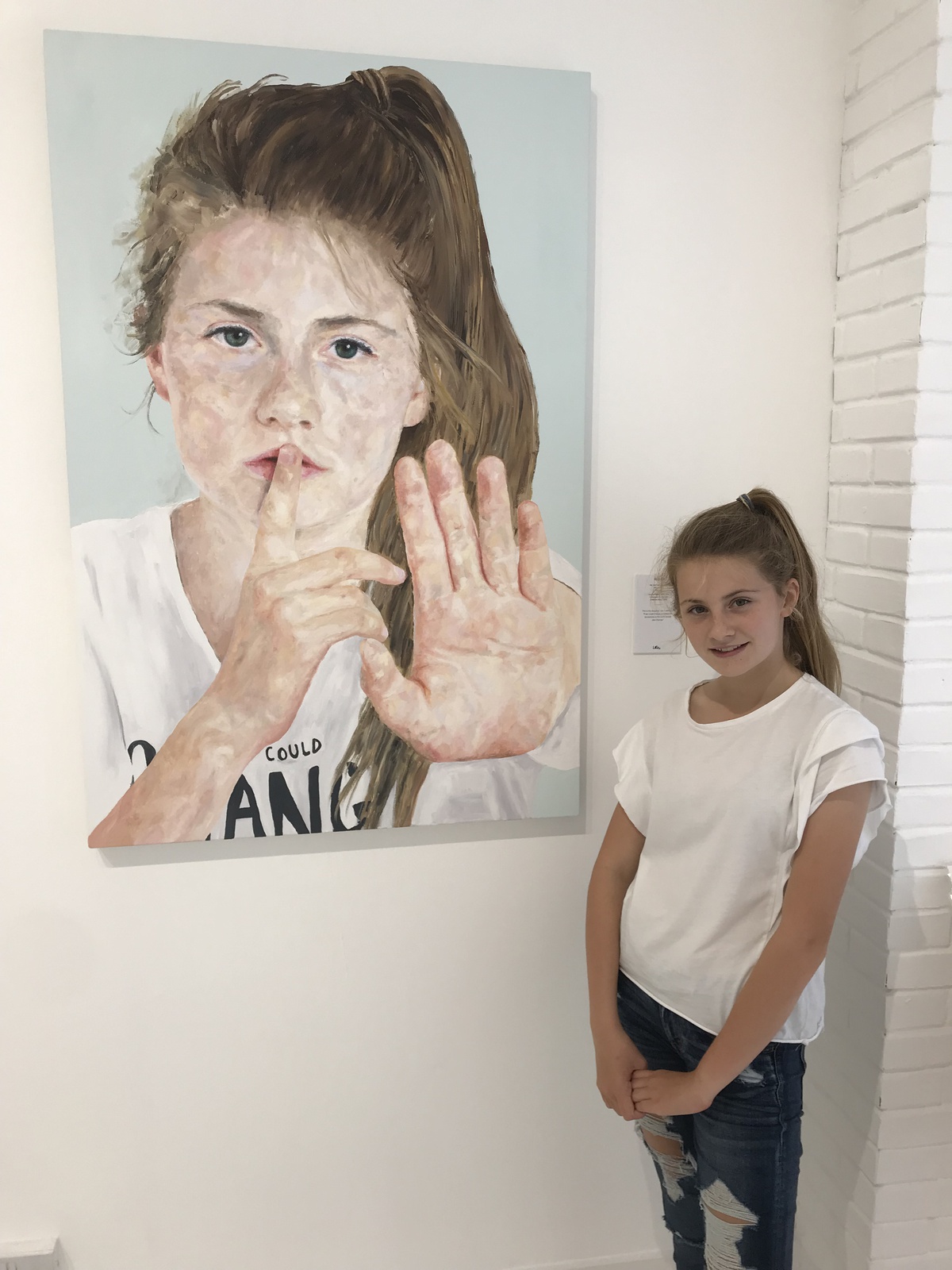 The father-of-one also had intense sugar cravings during the day.

He said: “I felt like my head was going to explode, my mind would race so fast.

“I couldn’t sleep, it was a little like torture, it felt manic in my mind. Going to work was the only time when my mind would settle, it was like a distraction.

“I was anxious, but then I’d always felt pretty anxious so I was used to it.

"I can remember going into a rooftop London bar in the middle of Green Park shortly after I quit drinking.

"I must have walked past the bar 20 times before I plucked up the courage to go in because I knew I was going in to order water."

In 2011, the dad found a healthier outlet to process his mental health problems: painting. 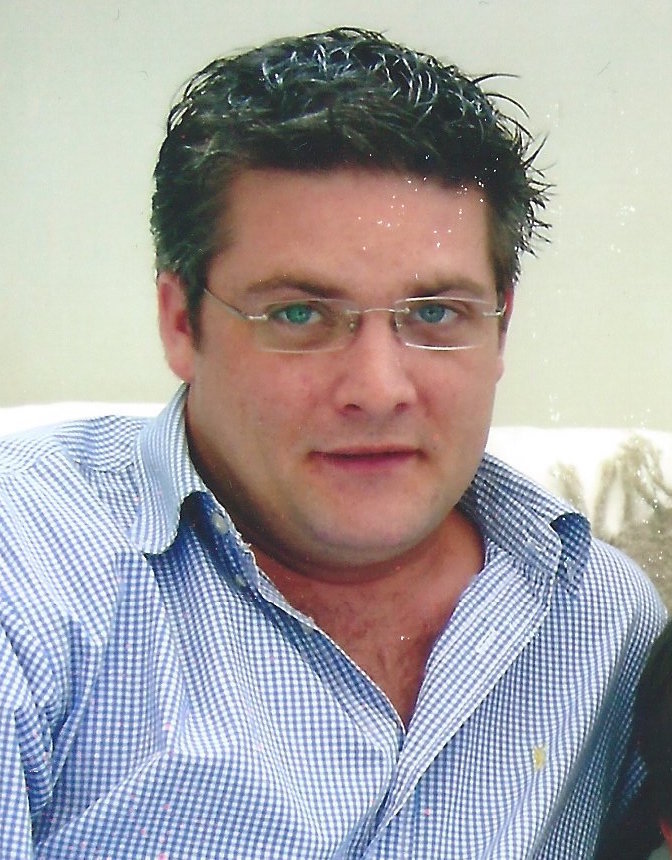 He also set up a programme helping prisoners who struggle with addiction issues, called 'Beyond Recovery'.

Now aged 45, Paul feels at peace and enjoys spending time with his wife and daughter, Jessica, who is 12 years old.

Paul said: “I feel at peace, I feel like I’ve found a home inside me.

“I feel like everything is a bonus. I’ve lived a lifetime, I can’t believe I’m only 45. It was a really weird experience.

“I have no idea what is going to happen next. I don’t have any grand plans for the future. 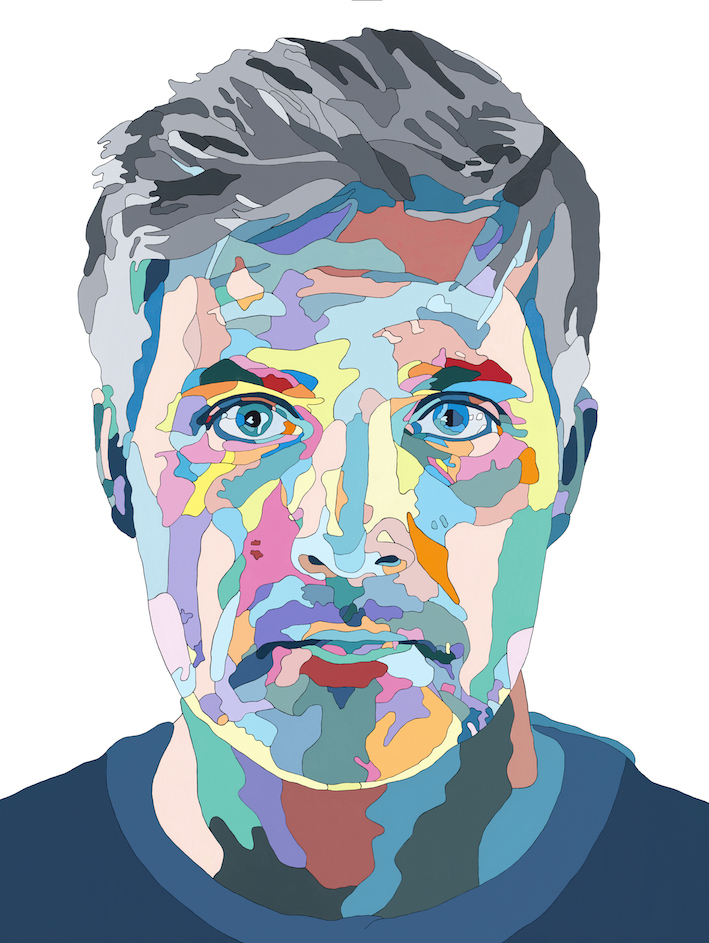 “I just love seeing my daughter every day. I love my studio and I love my little life.

“But it’s not all roses. Of course, I still go through ups and downs, I still fluctuate.

"If I hadn't gone through my journey and learnt about life, there was no way I would be able to paint.

“I am not my experience. If I didn’t know that, I wouldn’t be able to paint.

"For me, it can be an emotional journey. Painting is like a metaphor for life, as you start with a blank canvas.”

Are you worried you’re an alcoholic? Take this quiz to find out — and here’s all the warning signs.