A NEW dad got the shock of his life after his son was born – despite seven scans claiming he and his wife were expecting a baby girl.

Ben Cole had painstakingly decorated the spare room as a nursery for his daughter, painting the magnolia walls pink, putting up pink curtains and filling it with pink bunting and décor. 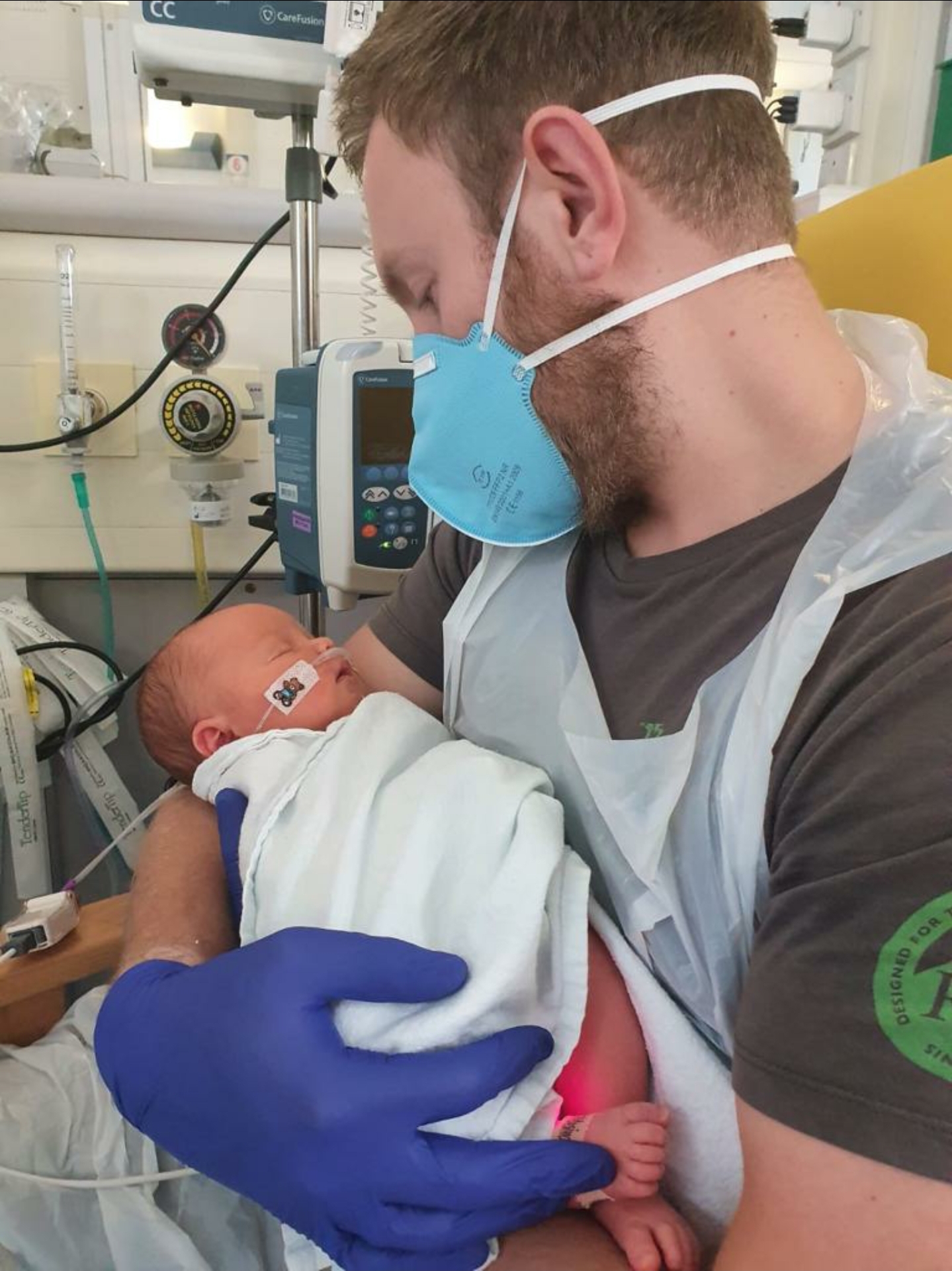 Which is why he was taken aback when a boy popped out instead.

The 28-year-old told Fabulous Digital he was: “Shocked, surprised and really really happy.”

The dad-of-two, who also has daughter Jessica, four, with wife Emma, 28, was then faced with the task of redecorating the entire room, painting it blue and ditching all signs of pink.

Ben said: “It took around one week to decorate the room pink as I was doing it in between working so weekends and early morning starts, got it completed before baby was due to arrive. 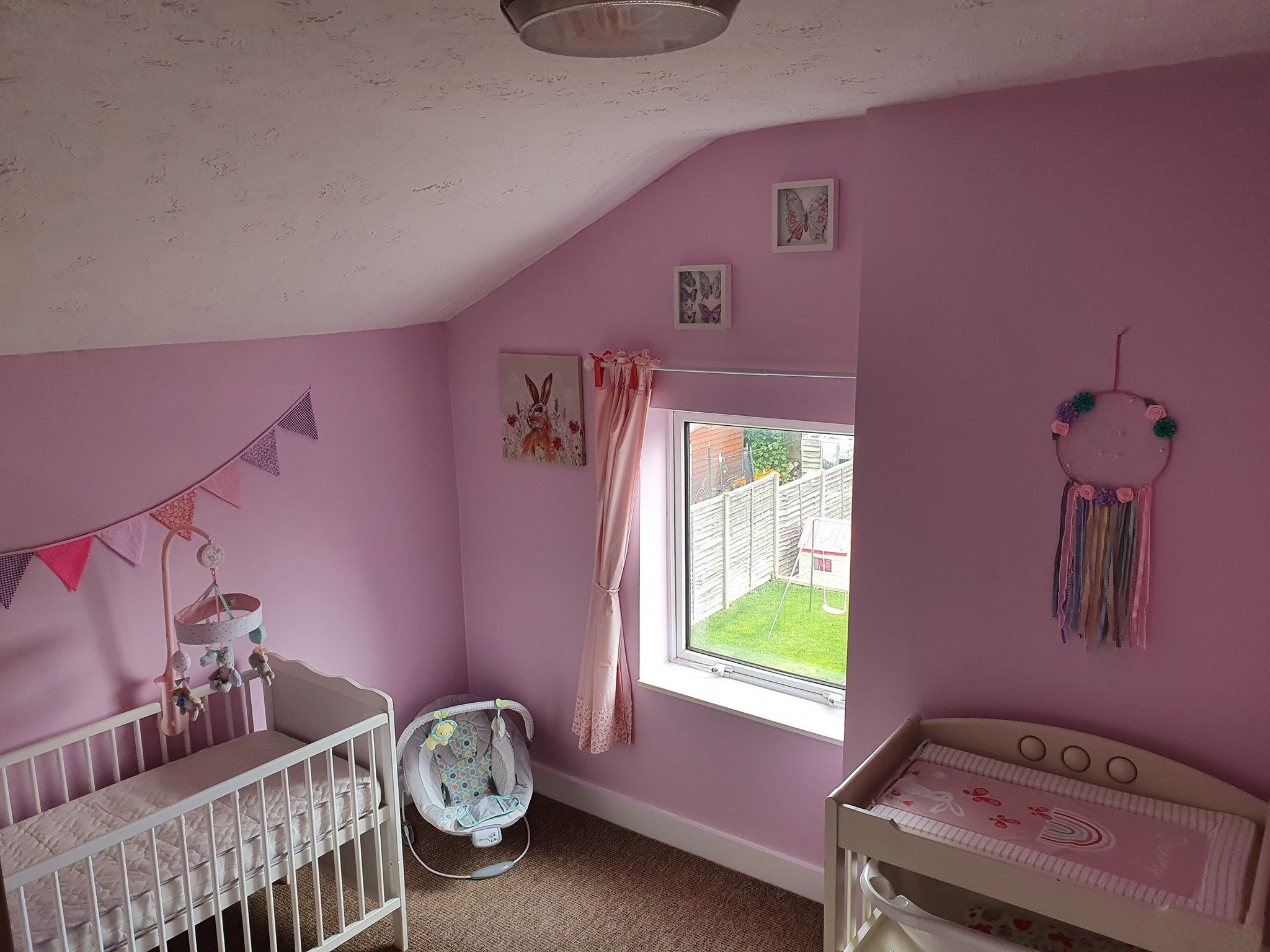 “We still have a lot of the stuff we bought stored away, hoping there will be a pregnancy in the family we can pass some things over.”

Ben, who works as a warehouse supervisor, says he and his wife had hoped for a boy this time, but says they were “still happy” and would have been “pleased either way”.

The couple decided on the name Isla Elizabeth Coles, but had to quickly rethink their choice after their son was born on September 11.

Ben, from Bedford, said: “The midwife said ‘you’ll have to think of a boy’s name now won’t you’.

“Before the 20 week scan my wife mentioned she liked the name Joshua and asked if that could be his name, so quickly he was named Joshua Stephen Coles.” 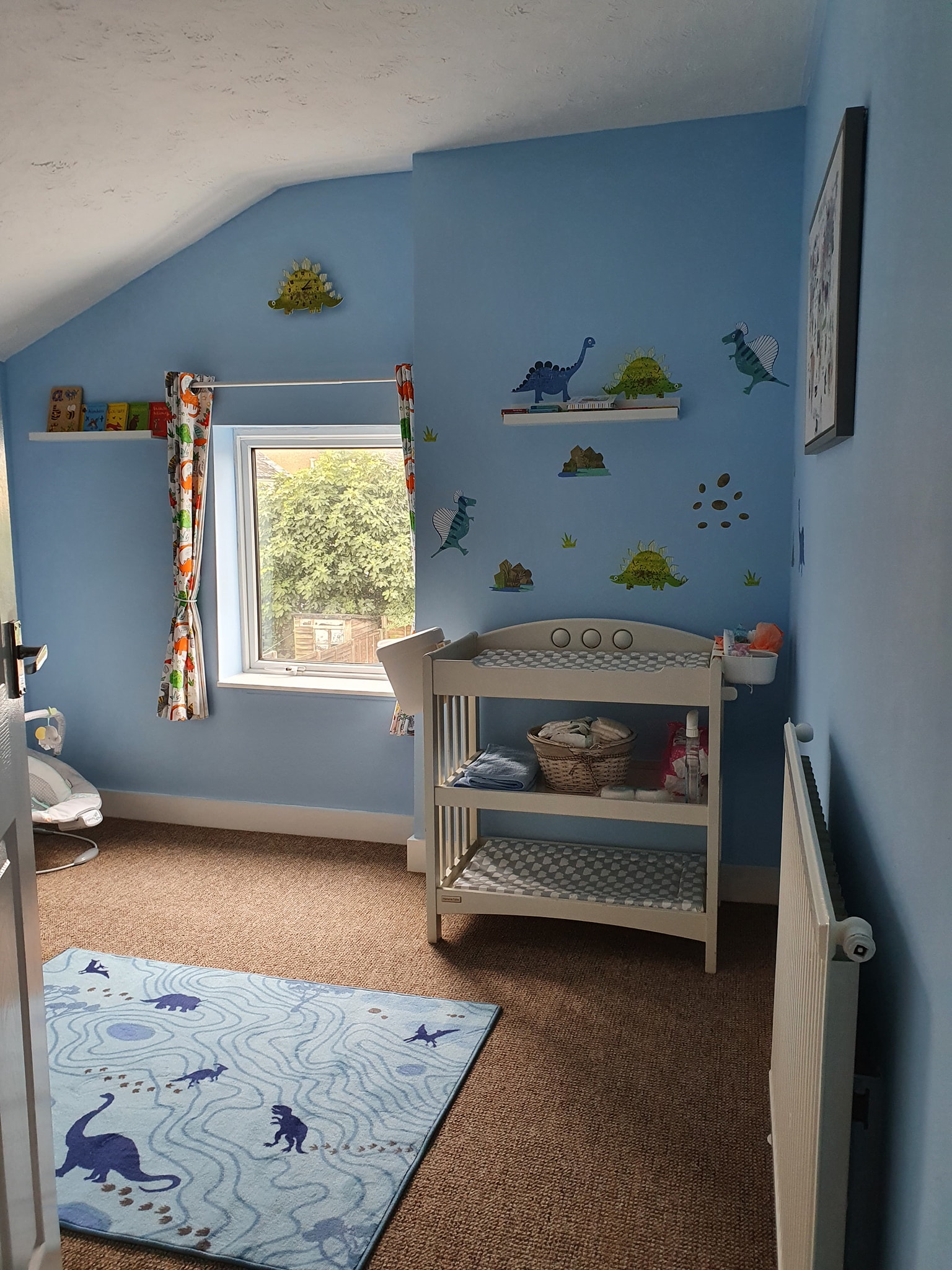 But Joshua had a rough start, as he was born with a leak on his lung and air around his heart.

Ben recalled that just two hours after he was born, the little lad was whisked away to the NICU with breathing problems, where he remained for three days.

He was then transferred to Luton and Dunstable hospital, where Ben said doctors were “better equipped to deal with condition”.

Finally after another week there, Joshua was finally allowed home to his new blue nursery, which featured new curtains, blue changing mats and dinosaur-themed stickers and a rug. 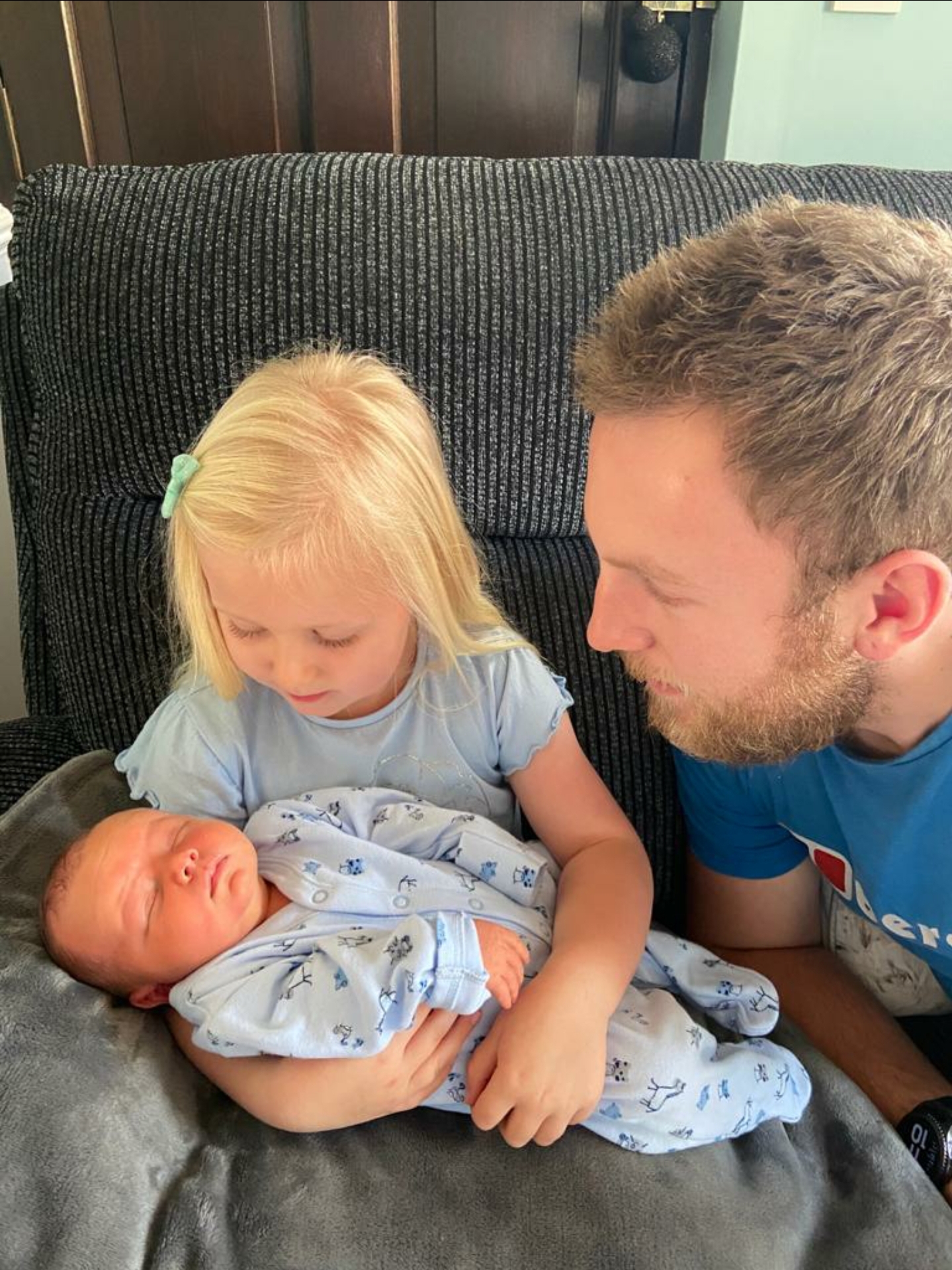 Ben said: “It took me a few days to redecorate as we wanted it finished before he came home from hospital.

“Being home without him was one of the hardest things we have gone through as a family and it was a good focus and distraction while he was away getting better.”

Ben confirmed his son was on his way to making a full recovery, saying: “He is doing really well, he will have check ups and x-rays in the next few months but doctors are happy that he will make a full recovery and the air will disperse in time with no long term effects.”

Ben shared his frantic makeover to Facebook group DIY On A Budget UK, showing the pink and blue themed rooms. 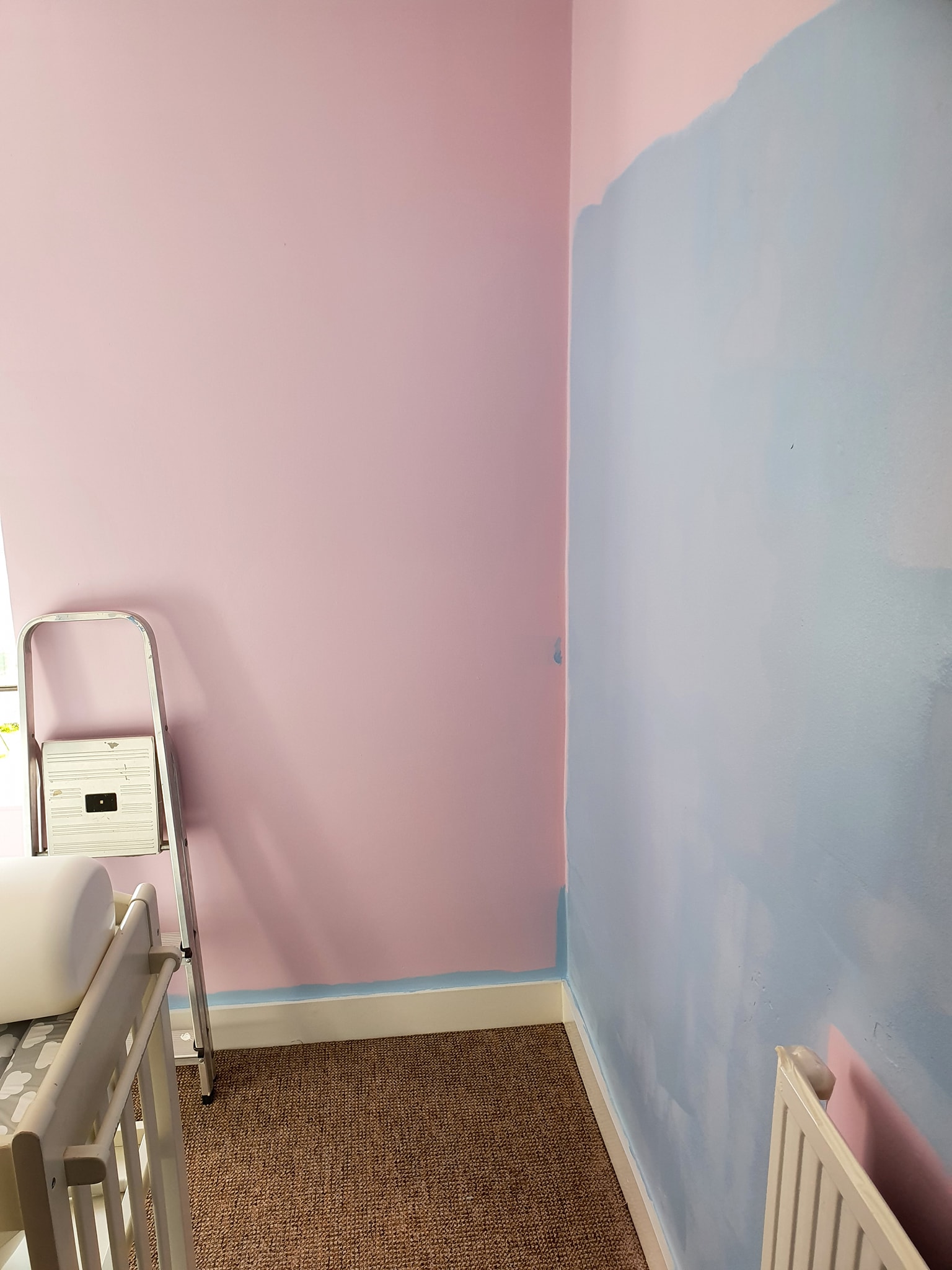 Ben wrote: “So we had 7 scans during my wife's pregnancy and we were told that we were having a girl multiple times.

“So got the brushes out as any dad would do and prepared a lovely little girls room.

“Needless to say it was a pretty big shock when a little boy popped out.

“Had the rollers out again and swapped the room over too blue now. 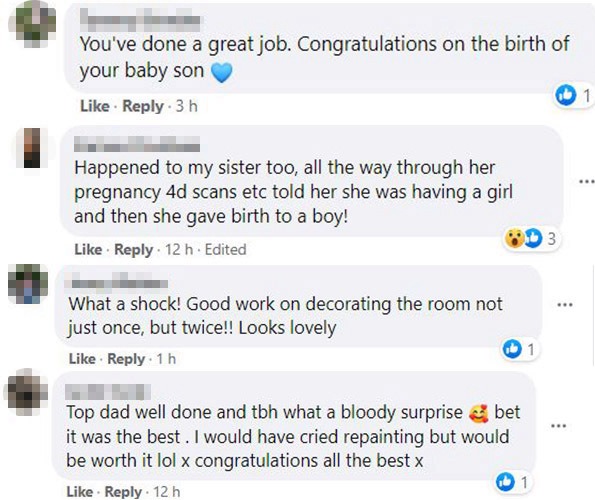 “Actually prefer it to be honest.”

More than 1,500 liked the most, praising Ben’s speedy DIY skills.

One person wrote: “What a shock! Good work on decorating the room not just once, but twice!! Looks lovely.”

Someone else commented: “Top dad well done and tbh what a bloody surprise. Bet it was the best.

“I would have cried repainting but would be worth it lol x congratulations all the best.”

While a third wrote: “You've done a great job. Congratulations on the birth of your baby son.”

And this desperate mum begs for help with her seven-year-old’s maths homework… and even a PROFESSOR can’t understand it.

Plus this woman shares simple trick which makes sure her house is ALWAYS clutter free – and it works with laundry too.