AN AIRBNB guest who ‘felt like they were being watched’ was left horrified when they discovered a secret room hidden behind an air vent.

TikTok user Keezybadass shared video footage of what he found on his account, giving his followers the “creeps.” 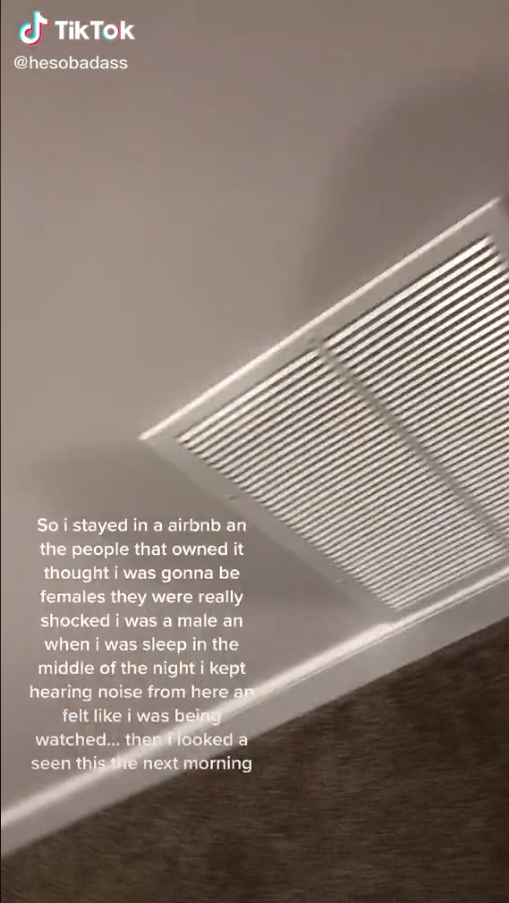 In the video he explains: “So I stayed in an Airbnb and the people that owned it thought I was gonna be female.

“They were really shocked I was a male and when I was asleep in the middle of the night, I kept hearing noise from here and felt like I was being watched.

“Then I looked and saw this the next morning. A whole other room hidden.”

In the clip, he films himself walking from the bed to the small air vent which is located on the lower part of the wall in the bedroom. 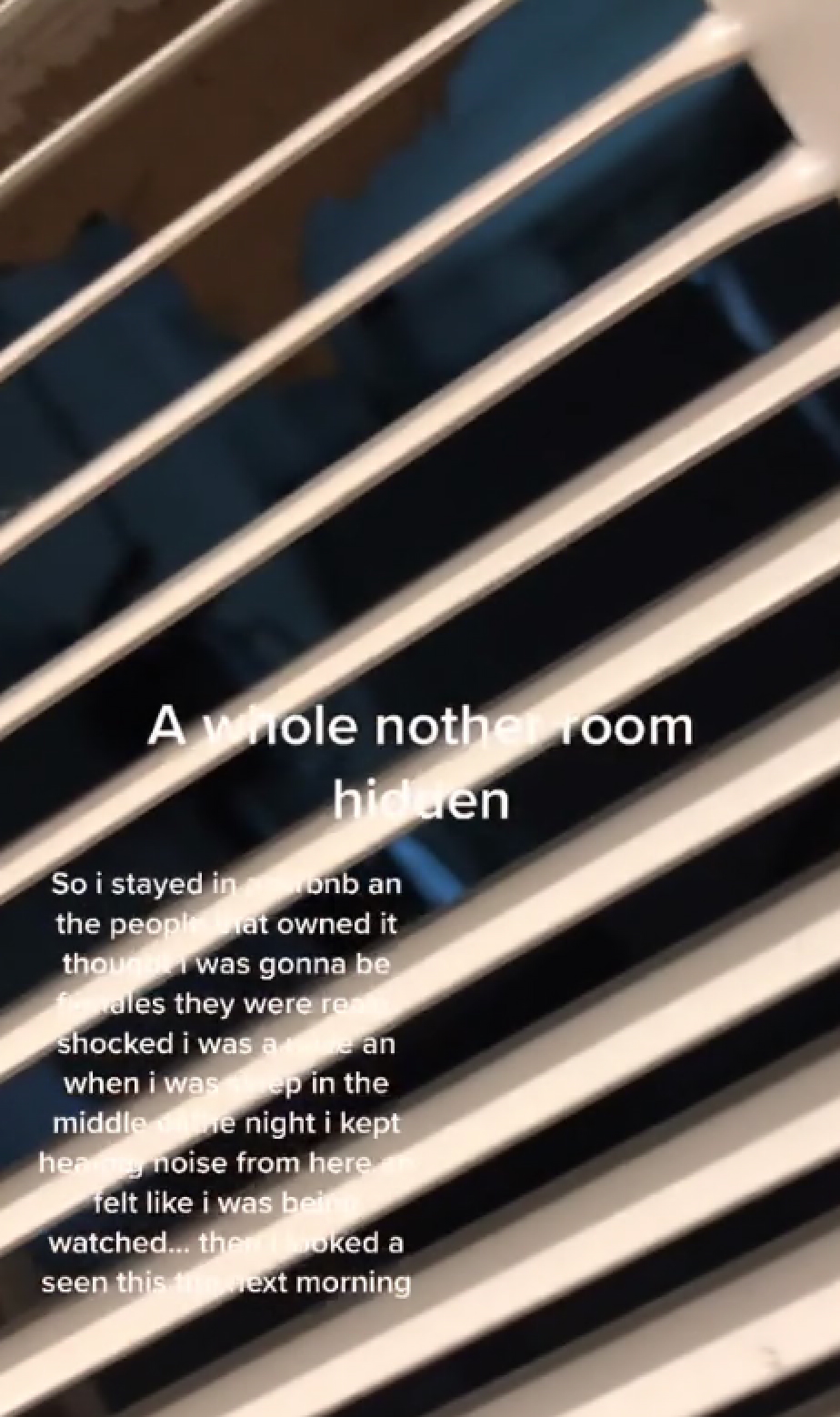 He then films what’s hidden behind it, showcasing an entire room, large enough to accommodate a person.

The video has since gone viral, receiving over 1.6 million views and thousands of comments from disturbed viewers.

Commenting, one wrote: “You just gave me the creeps OMG.”

“This makes me not wanna stay in an Airbnb ever again”, agreed another, while a third wrote, “That’s why I pay for hotels.”

In other news, this woman was horrified when she discovered a "nightmare" basement in her new home.

And this mum found a secret room hidden behind a bookcase during house viewing and joked it’s the perfect place to escape her kids.

Plus this woman found an entire secret APARTMENT hidden behind her bathroom mirror… and she’s terrified someone’s been living there.