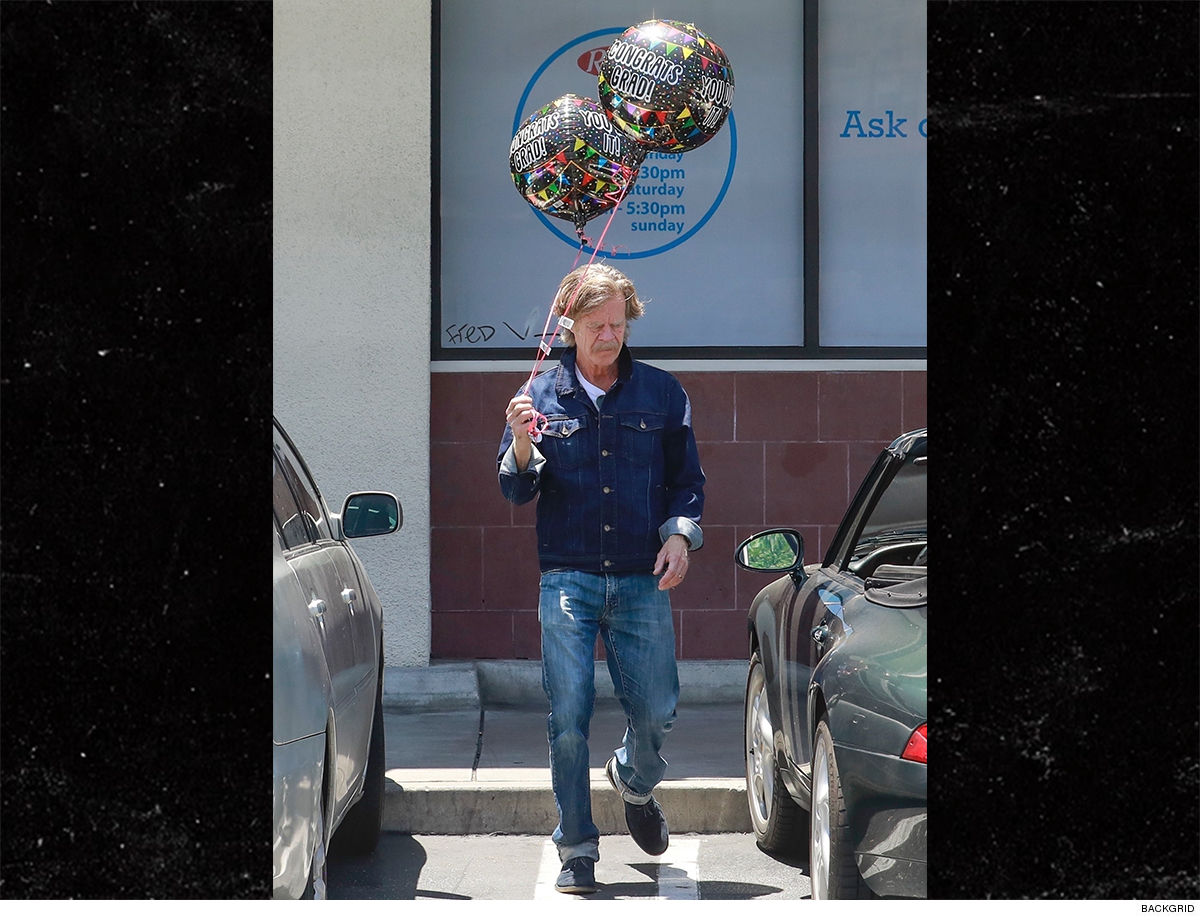 William was out Wednesday in WeHo picking up graduation balloons … most likely for his 18-year-old daughter, Sophia Grace, who’s wrapping up this week at Los Angeles High School of the Arts. Of course, Sophia’s higher education is directly linked to the scandal.

As we’ve reported … Felicity Huffman pled guilty to conspiracy to commit mail fraud as well as honest services mail fraud — all for paying Rick Singer $15k to rig Sophia’s SAT test. The feds say she got twice the amount of time as normal to take the test and the proctor corrected answers afterward.

We’re guessing college won’t be a hot topic at the party.

Macy said earlier this year — before the federal indictment — Sophia might take a gap year after she was admitted to a university. Felicity, who’ll be sentenced in September, has said Sophia was unaware of the scheme to boost her test results.

Unclear what the college plan is now, but at least Sophia and her folks can celebrate this graduation.