It looks like Whitney Way Thore is in love again — and this time it’s with her French tutor! Fans of “My Big Fat Fabulous Life” know that Whitney was reeling from her broken engagement to Chase Severino during Season 8, but she soon found a love interest with a French man she met on a language learning app. As the pair began to talk about more than language, her friends — and the Internet — worried she was moving too quickly.

Fans voiced their concern on Twitter, as one wrote, “She needs to learn the best way to scare off a man is to constantly talk about marriage. Especially if you’re not even in a serious relationship! He’s not that into her!!” Another added, “She’s browbeating that poor bastard into being her boyfriend!” One fan even questioned the Parisian’s accent as they noted, “French mans accent is not native. Ask him where he is from Whitney I’m sure he will tell you.”

It seems like Whitney’s fans only have her best interests at heart, but she is taking a stand against the criticism. Keep reading for more details.

Whitney Way Thore defends her relationship with her French suitor 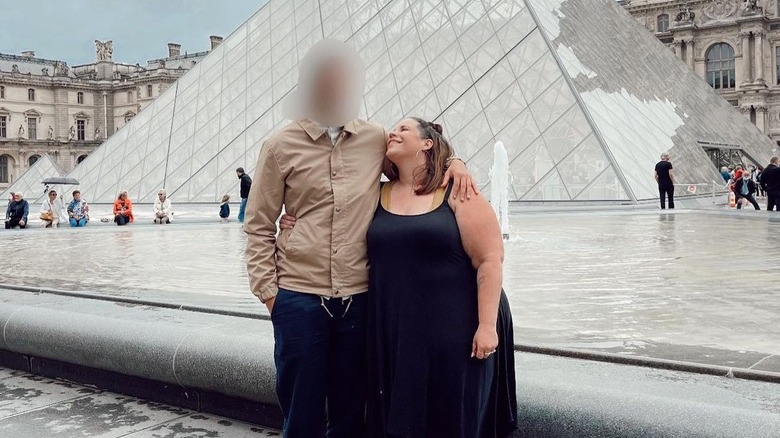 Whitney Way Thore is head over heels for her French beau, and she doesn’t care what critics have to say about it. Whitney opened up about her relationship in a September 1 Instagram post, explaining that just because his face is always blurred on camera, does not mean that he is “embarrassed” by her. “There’s a big difference between being in public with someone versus choosing to put your identity on display on the internet and TV for people to rip apart,” she wrote. “Can’t y’all let someone be happy? I’ve had 8 serious relationships — the ‘public’ has only seen 3 of them … and I’ve dated some s****y dudes and had heartbreaks, but I also do not doubt that I have been loved deeply and fiercely,” she continued. “And above all, I know that I deserve to be loved.”

Whitney wrapped up her post by asking critics to not “project” their negative thoughts on her post because she is “out here trying to enjoy myself and this person and what we have together.” We hope to catch more glimpses of her beau in future episodes!