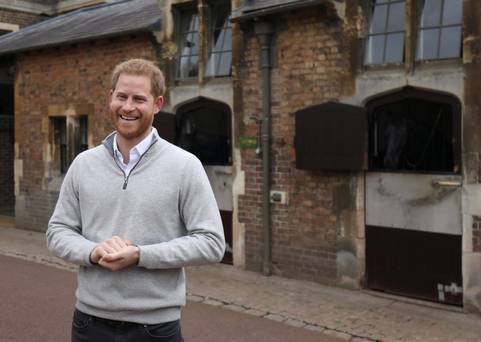 Now that everyone knows Prince Harry and his wife Meghan have a baby boy, the guessing has turned to what he will be called.

Royals have a way of taking their time about naming babies and the couple is known to want to do things at their own pace, so it may be a few days before the couple reveals the name for their first child.

Britain’s bookmakers reported high interest in the names Alexander, James and Arthur, as well as speculation about the name Spencer, the maiden name of Harry’s late mother, Princess Diana.

Choosing Spencer as a first or middle name is seen as a way for Harry to honour Diana, who died in a Paris car crash in 1997 when he was only 12. He spoke before he married Meghan last year about his desire to pay tribute to her memory during the ceremony. Others believe Meghan, the Duchess of Sussex, will choose a name that reflects her American heritage.

The infant, known only as Baby Sussex for the moment, was born early Monday morning. The royal couple have not said if he was born at home or at a hospital.

Harry said when he announced the birth that he and Meghan are “thinking” about names and hinted that an announcement might be made today or shortly thereafter. The couple are also expected to pose with their newborn or release a photo on their Instagram account.

The couple are expected to name godparents to the child at a future date.

His likely title links the royal newborn to an ancient Scottish kingdom and the legend of Merlin. As the son of a duke, the baby is entitled to be known as the Earl of Dumbarton, one of the subsidiary titles given to Harry on the morning of his wedding by his grandmother Queen Elizabeth.

Harry, in consultation with the queen, might however decide that his son will not use the title – in which case he could simply be Lord (first name) Mountbatten-Windsor.

With Harry and Meghan forging their own path within the royal family, they might even decide not to use any title, with the baby being Master (first name) Mountbatten-Windsor.

But any decision would have to be made with the queen’s agreement. The queen could still step in and issue a Letters Patent and make the baby boy a prince. Founded in the fifth century, the town of Dumbarton, on the River Clyde, west of Glasgow in Scotland, was once the capital of the ancient Kingdom of Strathclyde.

Dumbarton Castle sits on the dramatic twin peaks of the 240ft-high Dumbarton Rock – a volcanic plug which in-filled the crater of a volcano that was active 350 million years ago.

It guards the point where the River Leven joins the River Clyde.

According to Historic Environment Scotland: “Dumbarton Rock was a mighty stronghold in the Dark Ages.

“Waters swirl around the base of the volcanic rock, which rises almost vertical into the sky. From its twin peaks you can see for many miles.”

The fort was, according to legend, visited by King Arthur’s wizard Merlin in the sixth century. Vikings later besieged the fortress, eventually pillaging and destroying it. The medieval castle was built by King of Scots Alexander II in 1220. It was a cornerstone of medieval royal power and was the hiding place for the young Mary Queen of Scots, before she fled to France at the age of five.

Harry became the third person to hold the title the Earl of Dumbarton, and now his son is expected to be the fourth. Before the queen gave Harry the title, it had not been used in more than 260 years. On marriage, Meghan became the Countess of Dumbarton.