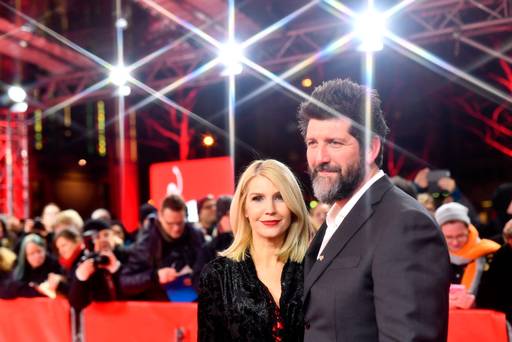 Yvonne Connolly said she and her long-term boyfriend John Conroy make their often long distance relationship work by simply understanding one another.

The 45-year-old tv presenter lives in Dublin with her three children – Jack (20), Missy (18) and Ali (13) – while John often travels the world with his work as a cameraman. After first meeting on the set of Dark Touch in 2012, which Missy starred in, he has often left for long periods of time to work on some of the biggest films and television shows, for which he has been nominated for an Emmy and two BAFTA TV Craft awards.

“We are grown ups and have independent lives,” she said. “We are in this constant state of missing each other so I would prefer if we saw each other more. He has always been away from the moment I met him. Long distance relationships are hard work and I don’t think that I would have been able for it when I was younger.

“It brings a lot of difficulty but we are independent of each other, we have our won kids, family, jobs and lives,” she told RSVP magazine. “It is not like we had all of this time together that was taken away from us, it is all we know. We feel very lucky to have each other.” Yvonne, who divorced husband Ronan Keating in 2011 after 14 years of marriage, said she has no desire to walk up the aisle again. “We are very happily unmarried and I am pretty that is going to stay that way,” she added. “I know it is cliché to say it, but if it’s not broken, don’t fix it.”

While she rarely speaks about her ex-husband, she did share details of how she discovered Ronan’s affair with dancer Francene Cornell on RTE’s Cutting Edge earlier this year, saying she discussed it with her children in advance.

“It wouldn’t be easy all the time — but you try for the children always to just remain calm and get through it,” he told the Irish Sun. “You’ve got to always remain in an adult state of mind so that you can deal with it. There’s times when I get very angry, very frustrated and you really have to bottle that, you’ve got to protect the children always.”