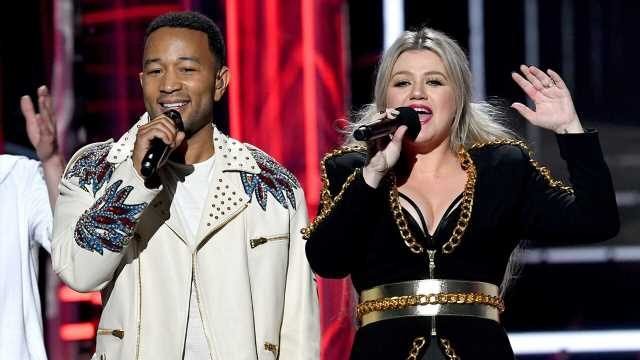 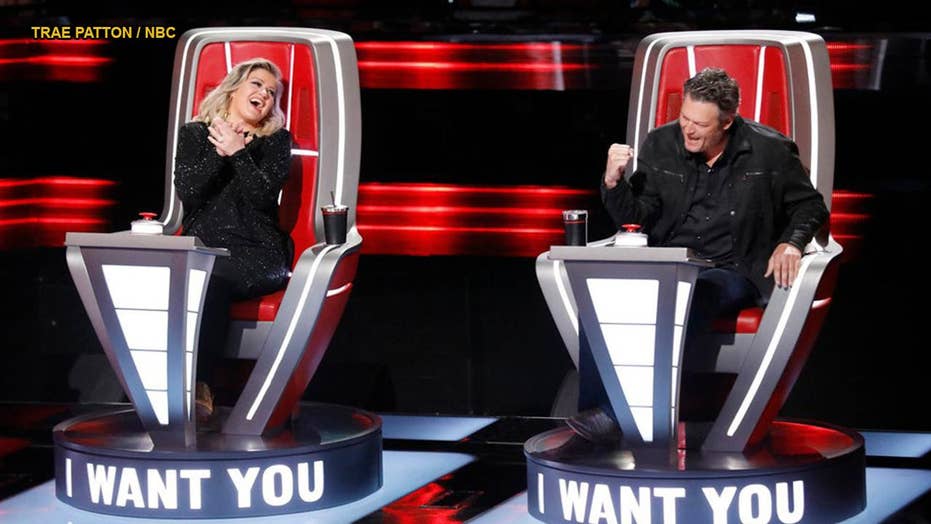 Giving fellow ‘The Voice’ coach Adam Levine a run for his money, Kelly Clarkson seized the opportunity to rub her Season 15 win in the face of Blake Shelton, by planting her Season 15 trophy in his trailer. On Twitter Clarkson posted a video of her pulling the prank on Shelton, even taking the time to throw some additional shade by referencing the country singer’s vodka brand.

Kelly Clarkson and John Legend have been accused of being unpatriotic after the two coaches on “The Voice” criticized Gyth Rigdon’s rendition of “God Bless the U.S.A.”

Rigdon, who is on Blake Shelton’s team, performed the Lee Greenwood hit for the Season 16, top eight episode on Monday night.

“I feel like you can’t critique this song or you’re like going to hell or something,” Clarkson said after Rigdon’s performance. “I will say, this was not my favorite vocal of you this season because I think you are a ridiculously talented vocalist.” 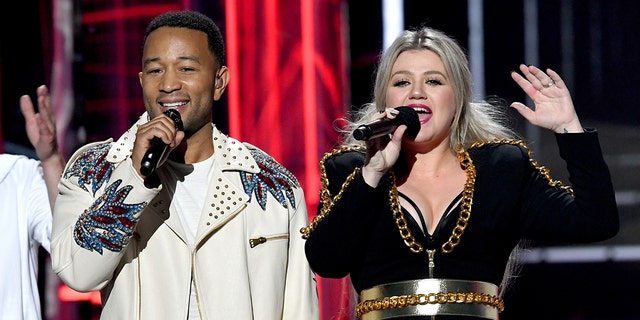 "The Voice" coaches John Legend and Kelly Clarkson were accused of being unpatriotic on social media after they criticized Gyth Rigdon’s performance of "God Bless the U.S.A." on Monday night’s show. (Photo by Kevin Winter/Getty Images)

“You chose the day we celebrate the British Invasion to sing this song,” Legend joked, referencing that the top eight would later perform Beatles hits.

“I agree with Kelly that this wasn’t your greatest vocal performance, but it was very strong and I felt the energy and the emotion. And it was a powerful rendition. Great job,” Legend added.

Viewers weren’t thrilled with the judges' critiques, accusing the coaches of being “haters.”

“@kelly_clarkson #VoiceTop8 I'm sorry that you and John hate America so much that you couldn't recognize Gyth song as a great rendition,” one person tweeted to Clarkson.

Another Twitter user said: “I've lost all respect for @kelly_clarkson & @johnlegend when they made fun of the beautiful, most Patriotic song, showing the love of country that @GythRigdon sang beautifully. I had 4 Veterans here that heard them say those things & R shocked #TheVoice allowed them 2.”

“I know it was hard to sing a Patriotic song in one of the most unpatriotic places in America, but you did it great. Kelly and John are haters. Go Gyth!!” someone else wrote.

Another person tweeted: “John Legend hates America, that's a fact. Not sure where Kelly stands. Think they are just scared that Gyth was amazing and Blake is blowing them away! God Bless the USA!”

Others defended Clarkson and Legend.

“They didn’t criticize the SONG, they just said it wasn’t his best performance!” one person argued.

Another person wrote in agreement: “I'm sure they know he's a decent singer, but his pandering was a bit obvious.”