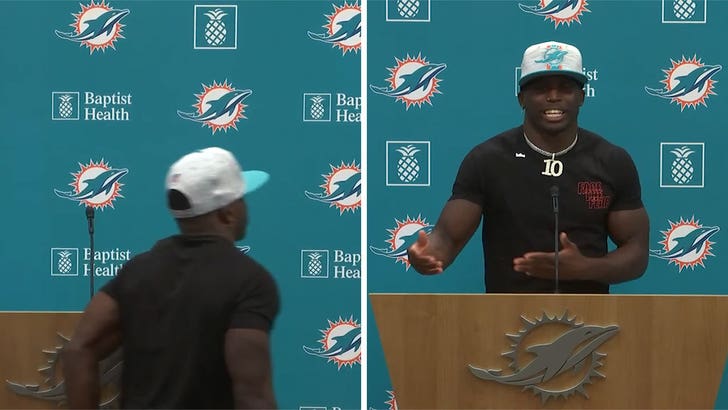 Tyreek Hill was super pissy before facing the media in Miami for the first time … but it had nothing to do with his mood — the guy just had to drain the snake!!

The hilarious moment went down right before the superstar receiver was set to be introduced as a member of the Miami Dolphins … with Hill getting up and heading out of the room right after new teammate Terron Armstead was done talking with reporters.

Less than two minutes later, the All-Pro took the stage and walked to the podium to take questions from the journalists … even joking about the whole ordeal.

When a reporter made a clever remark about how Hill’s speed on the field is reflected in the bathroom, the Super Bowl champ reminded everyone about his perfect nickname.

Now, since the dude was back rather quickly, we’re assuming it was #1. If it was the other option … well, let’s not go there.

Hill joined the Dolphins this week after shockingly getting traded from the Kansas City Chiefs in exchange for 5 draft picks.

The guy just inked a 4-year, $120 million deal with his new team … so now he can get a big ass house with plenty of bathrooms!!