Gloria’s late desire is fuelled by memories of turning down requests from her children Caron, Paul and Michael to get them. She even says husband Stephen Way thinks she is “silly”. But Gloria said: “I’d like to have a tattoo. I spent all my days with the children when they were at home, ­forbidding them to have tattoos. They used to play tricks, they used to get false tattoos.”

She said she was also reluctant to let her daughter – Blue Peter and Loose Women star Caron Keating – who died from breast cancer in 2004 – get her ears pierced.

Gloria added: “Caron and I used to have terrible rows when she wanted her ears pierced. All of that, and now I’m in my latter years, I would like a little butterfly or a pretty angel of some sort.” 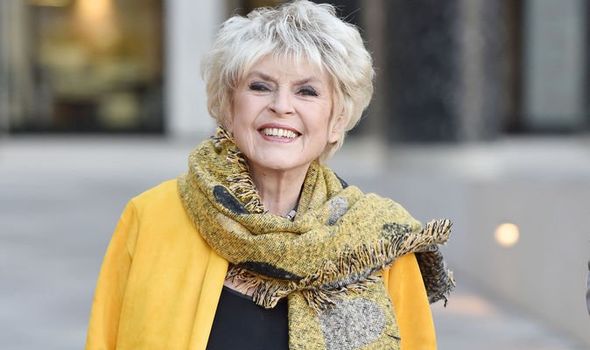 Of husband Stephen’s thoughts, she said: “He thinks I’m silly trying to get it, or wanting to get it, but I’ll only get a tiny one.”

Stephen ­suffered a stroke in 2012 and Gloria is helping to raise awareness of the illness.