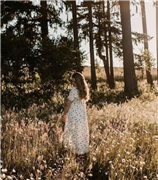 Tori Roloff is really in a bad place these days.

To the reality star’s credit, however, she isn’t running from these problems.

She’s confronting them and she’s being as candid as one can be in the wake of mounting tragedies and troubles.

“I’ve honestly never felt loss like I did in that moment,” Tori write this spring, tugging on every heartstring and adding:

“I’ve never felt so sad, angry, and scared in a single moment.

“I had no symptoms of losing out sweet angel baby and nothing could have prepared me for hearing our sweet baby was gone.”

Then, just a few weeks ago, Roloff admitted that she and husband Zach have been trying to conceive.

But they’ve thus far been unsuccessful.

“I really thought I would pregnant again by now. So many people told me after a loss it usually happens so fast. That’s not our reality,” Tori explained.

“Our pastor reminded me this Sunday that God leads us in a way that makes us dependent on Him. Following Jesus doesn’t mean there will be no pain- it means that his powers are bigger than our pain.

“I am a faithful servant and I pray that I’m not forgotten. Just like Hannah.”

So that’s where I’m at. Fully dependent on God. Praying that one day we will be able to add to our family. But also giving thanks for the small things.

“I wanted to also say thank you to every single one of you who have shared your stories with me. It in a way makes things easier and harder all at the same time.

“To all those mamas past present and future- love you.”

Adding to Tori’s pain of late?

We’re certain Tori is happy for these loved ones.

But it can’t be easy for her, you know?

Late last week, meanwhile, Roloff posted a photo of herself in a meadow — and included along with it song lyrics from Christian music artist, Riley Clemmon’s new single, Godsend, who she credits in her emotional post.

“I had added it up/I had made all my plans,” reads the section Tori uploaded.

“But the road I had paved turned into dust/And I just didn’t understand.”

I prayed for You to show up/I laid my weapons down.

Surrendered to Your love/No looking back now.

It then concludes on an attempted positive note:

What if maybe/They were just teaching me to depend on.

Your strength in the dark days/All my tears got me crying out to You again.

What if maybe/Every broken place I’ve been was a godsend?

A godsend/ It was a godsend.

On a recent episode of Little People, Big World, Tori recounted the experience of learning she had lost her daughter.

“Everyone says that it was not something that I did or something we did. It was just this baby wasn’t viable for life, but it’s hard to not wonder what happened on that day,” she said.

Roloff added that she already feels back to “normal,” but that’s almost “the hardest part.”