Tom Brady made history yet again on Sunday, and celebrated with those he loves most. The record-shattering quarterback got a lot of love from his wife and kids after he lead the Tampa Bay Buccaneers to victory in Super Bowl LV.

Gisele Bundchen was cheering her husband on from the sidelines at Raymond James Stadium in Tampa, Florida, on Sunday, as Brady and the Bucs claimed a 31-9 victory over the Kansas City Chiefs.

After the big win, Bundchen shared a video to her Instagram story from inside the stadium, that opened on a TV screen declaring the Buccaneers champions, and closed with their kids cheering for their dad.

Brady got a lot of love in the clip from the couple’s two kids — Benjamin, 11, and Vivian, 8 — as well as John — Brady’s 13-year-old son whom he shares with ex Bridget Moynahan. In the video, Vivian jumps up and down and excitedly screams, “We won!” 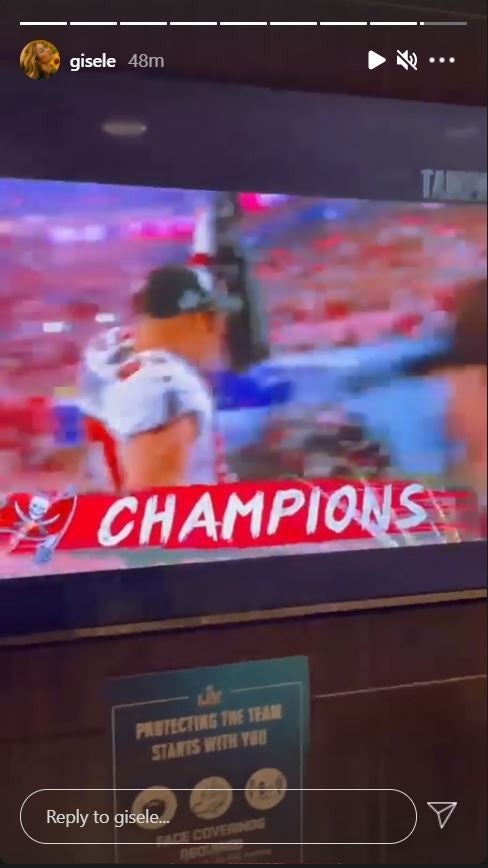 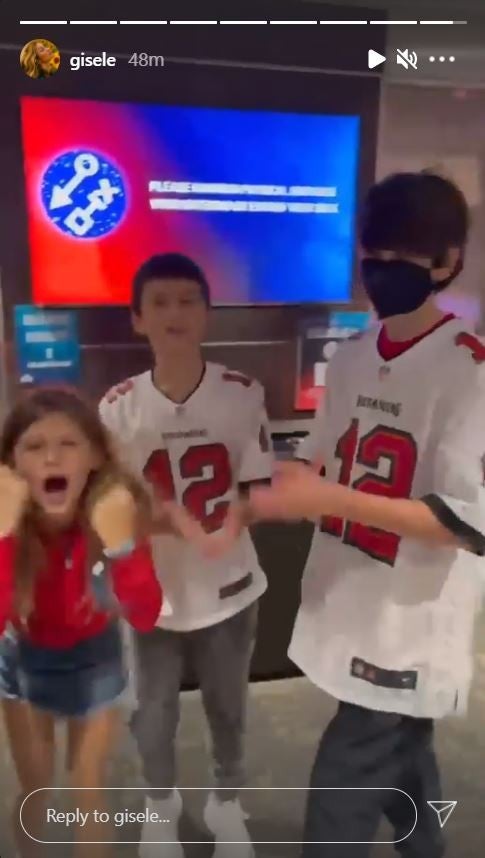 Sunday’s game marked Brady’s 10th Super Bowl appearance — far and away the most of any quarterback in NFL history — and he led his team to their second Super Bowl championship, and his seventh championship overall.

Following his historic, Brady met Bundchen out on the field, amid the celebration, and the pair shared a heartfelt embrace as they basked in the glow of glory. 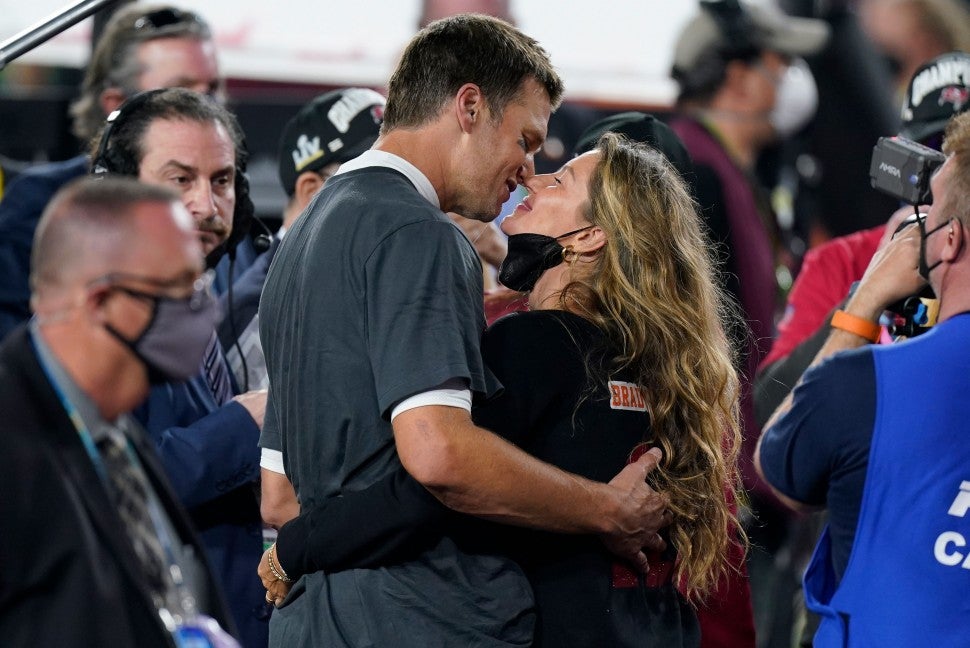 Brady also celebrated with his children on the field, giving them hugs as confetti rained from the sky. 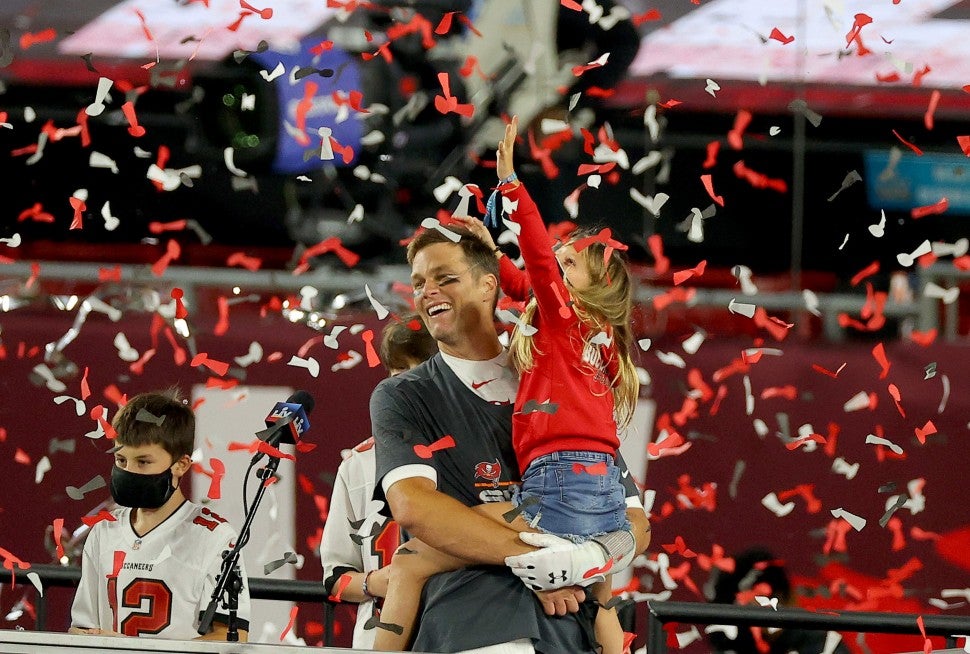 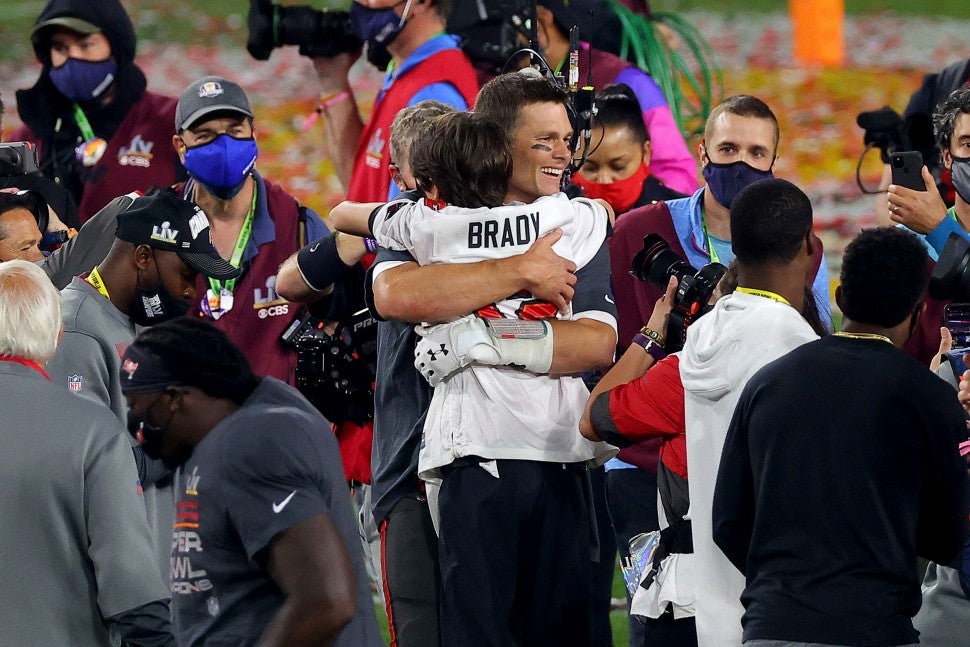 All three of Brady’s children also got to stand with him on stage as he gleefully held the Vince Lombardi trophy in the air in triumph. 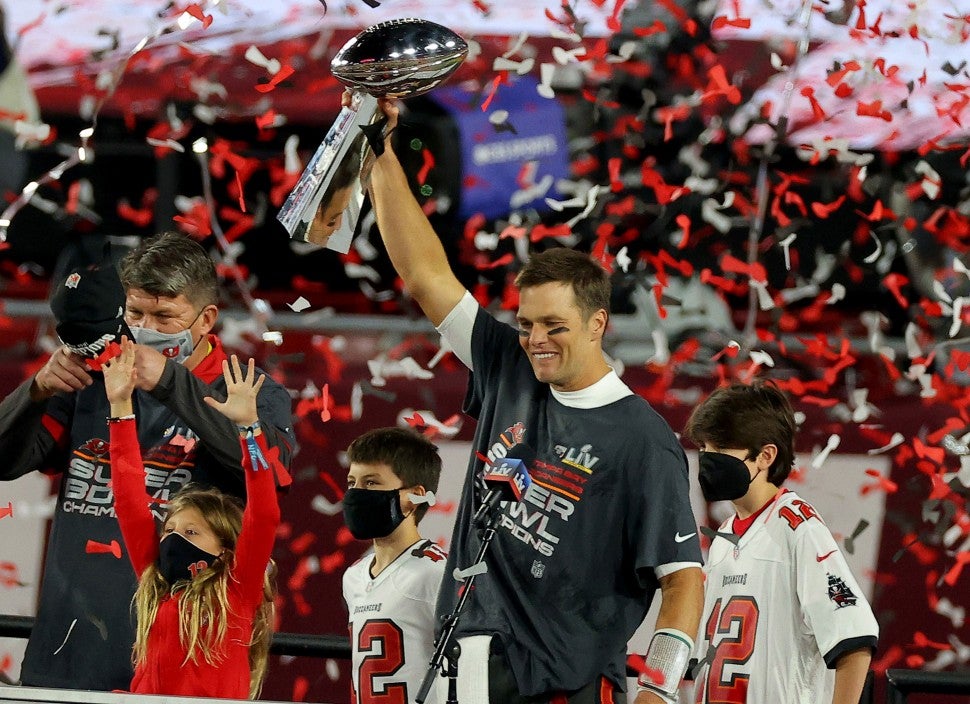 It wasn’t just Brady’s family who showed the quarterback love after his big game.

Many of the footballer’s famous friends and fans took to social media to celebrate the win and commemorate the historic occasion.

Congrats to Brady & Gronk: the only pair of friends from Boston who left and found success. I can't think of a single other pair. #nodisrespecttobenaffleck

Congrats to the @Buccaneers and @TomBrady TB12 undisputed #goat 7 rings. Wow. Congrats @Chiefs and @PatrickMahomes on another amazing season. #SuperBowl

Congratulations to the Tampa Bay @Buccaneers on winning #SuperBowlLV

Congrats to @TomBrady & the @Buccaneers

I never want to hear another person talk shit about @TomBrady again. #GOAT

Congratulations to the Tampa Bay Buccaneers ownership group, Coach Bruce Arians, Tom Brady, the entire coaching staff, and all of the Buccaneers players for a dominating performance over the Kansas City Chiefs!

Check out the video below for more on Sunday’s big game.