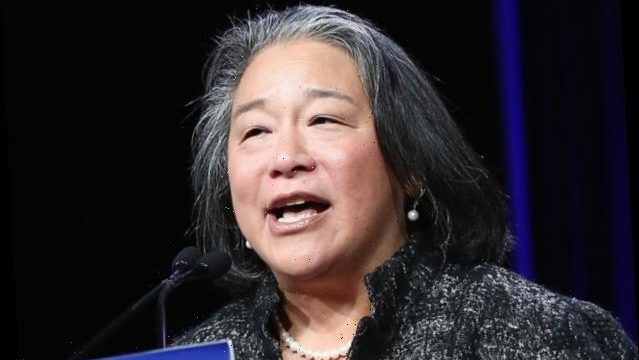 Time’s Up CEO Tina Tchen defended the co-founder of Time’s Up Healthcare, Esther Choo, who has faced calls to be removed from the organization after being accused of not reporting sexual harassment complaints at Oregon Health & Science University.

“We were not going to ask her to resign. She’s not the defendant, she’s not the perpetrator here,” Tchen said in an interview on “TheWrap-Up” podcast.

In the last week, 18 members of Time’s Up Healthcare resigned from the organization after Choo was allowed to remain on the board of the advocacy group in light of a lawsuit, filed by an unnamed woman, that accused Jason Campbell, a doctor at OHSU, of sexual harassment and OHSU officials of enabling him. Though Choo is not a defendant in the lawsuit, she has been accused of not reporting the sexual harassment complaint as required under Title IX.

Tina Tchen said that Choo believed she handled the matter in a way that was “100% supportive of the survivor” but acknowledged that the woman did not see it that way.

“I am sorry, we want to center the survivor and we want to make sure we are supportive of her, [but] I do not believe that supporting the survivor means that you also turn your back on someone who has worked hard to change a troubled institution,” Tchen said. “The easy thing to do might be to walk away from anybody who has anything to do with a troubled institution. I think you need to stand with folks who are trying to make change from the inside, even if there may be disagreements.”

As for the members who have resigned in mass from Time’s Up Healthcare, Tchen said she would “always want them to come back.”

“These kinds of cases are hard and they are difficult and there is not always a clear path on how to navigate them. And there can be disagreements among people of good faith of how to handle it,” Tchen said. “You can stand with the survivor, which we absolutely do … And I don’t think that means we need to walk away from Dr. Choo and her work.”

“I feel very comfortable in having stood with somebody who has been a champion for women,” she added.

A spokesperson for Choo previously told The Daily Beast that “documentary evidence will be presented that will paint a picture of Esther’s conduct that is completely different from what has been reported in the press.”