There is a lot about Bianca Lawson that fans may not know. To start with, the experienced actress is a part of Beyonce‘s family.

The most impressive aspect of Lawson’s life is her ability to successfully play the role of teenagers for the past two decades. It is hard to believe that the actress is actually 40 years old. Take a look back at some of her most memorable roles. 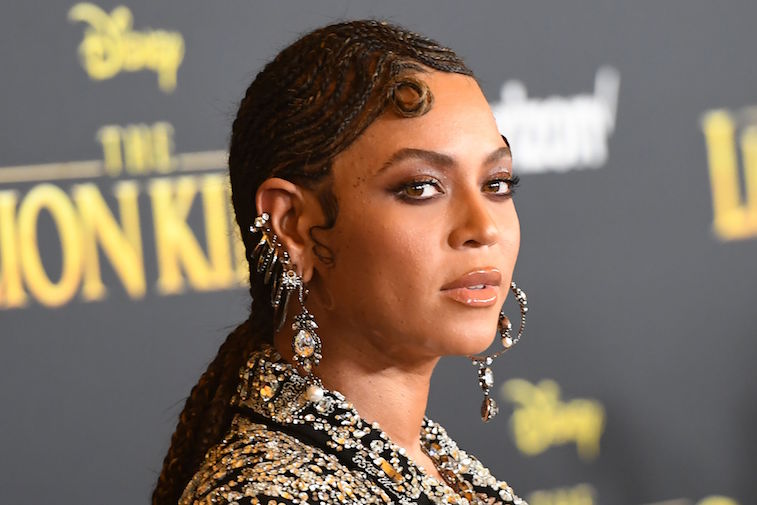 ‘Saved by the Bell: The New Class’

In 1993 Lawson began acting on the comedy show Saved by the Bell: The New Class. This spinoff followed the stories of the next group of students to take on the halls of Bayside High School.

Lawson was cast as Megan Jones. The character Lawson played is known for her brains and ambition. Ironically enough, Lawson’s father, Richard Lawson, played the character of Judge Jones allowing him to play the role of dad on and off-screen.

Lawson is still relatively young in 1995 when she appears on the hit-show Sister, Sister. Her character, Rhonda Coley, was known for her good looks and mean ways.

Lawson admits that there was something really “delicious” about playing this particular character. Around the same time Lawson was filming for Sister, Sister, she appeared on shows such as The Parent ‘Hood and In the House.

Lawson played a brief but unforgettable role in Buffy the Vampire Slayer. Towards the end of Season 2, the viewers were introduced to Kendra Young, Lawson’s character.

Lawson took on the part of a Slayer who has arrived in Sunnydale from Jamaica. This particular character required Lawson to adopt an accent and some killer moves, quite literally. Lawson shared that learning the kickboxing and choreography moves was one of her favorite memories of working on the show.

Season 3 of Dawson’s Creek premiered in 1999, and with it came the introduction of Lawson’s latest character. Lawson secured another adolescent role.

On this show, Lawson was cast as Nikki Green. Her character is shown bonding with the main actor over things like film and divorced parents. At this point in time, Lawson herself is officially no longer a teenager.

Lawson recently revealed that while filming was taking place for Dawson’s Creek she was also acting and shooting for the movie Save the Last Dance. Talk about determination.

‘The Secret Life of the American Teenager’

After her time on Dawson’s Creek Lawson was cast for countless roles in television shows and movies. Her next big gig would come in 2008 on the ABC Family show The Secret Life of the American Teenager.

Fans probably remember Lawson as Duncan’s big sister, Shawna. It is hard to believe that Lawson was almost 30 years old when the first season aired.

Lawson also appeared on the award-winning show The Vampire Diaries. Lawson is portrayed as Emily Bennett, a witch with a rich history in Mystic Falls. Fans of the supernatural show would get to see important flashbacks that included Lawson’s character.

Playing a dead girl can be tricky over the course of seasons or years, but luckily, Lawson never had to worry about not looking the part since she seemingly never ages.

One of Lawson’s most memorable roles was one she played for the hit-show Pretty Little Liars. Lawson’s character, Maya Anne St. Germain, fits right into the creepy and mysterious town of Rosewood.

Viewers probably remember Maya and Emily’s relationship from the show, and that is what sticks out for Lawson as well. She admitted that it may have seemed a little odd to be playing a character that was younger than half her age, but ultimately, her love for the character and the storyline made it worth it.

More recently, Lawson has been playing the role of Darla on Queen Sugar.

Lawson is currently 40 years old and still able to successfully play roles much younger than her actual age! With all of her acting experiences and opportunities, it is no wonder she is so well-known for playing teenagers. It doesn’t seem like she plans on stopping anytime soon.