Virtual table reads have become a major Hollywood trend during quarantine, and the Fast Times at Ridgemont High one already amassed more than 14 million views. Of course, much of that success has to do with Brad Pitt and Jennifer Aniston reuniting and acting out a super steamy scene.

As weird as it was to hear the voice of God AKA Morgan Freeman contextualize their appearance with stage directions like, “Her breasts seem even bigger than usual, her nipples are hard…her lips are parted, slightly, her eyes are filled with desire,” it was all for a really good cause and benefited charity.

Soon after the table read made the rounds, sources began to reveal what Brad and Jen really thought about the event. An Us Weekly source previously reported that the exes “had a really good time,” and Dane Cook, who hosted the reading, just revealed that there was no drama between them.

Well, nobody really expected there to be any drama judging by their sweet reunion back in January, but it’s always nice to get confirmation.

During a podcast appearance, Dane told Maria Menounos, “Once Brad’s team talked to him, I’m sure it was just like, here’s who’s already in so far! There was no hesitation, there were no rules, there was no, nothing!” He went on to say, “I just want people to know, there wasn’t anything like, ‘Were they not allowed…’ No! Zero. No drama. They both locked in. What you saw was absolutely what we had hoped, which was just nice engagement between two massive, incredibly talented people.” 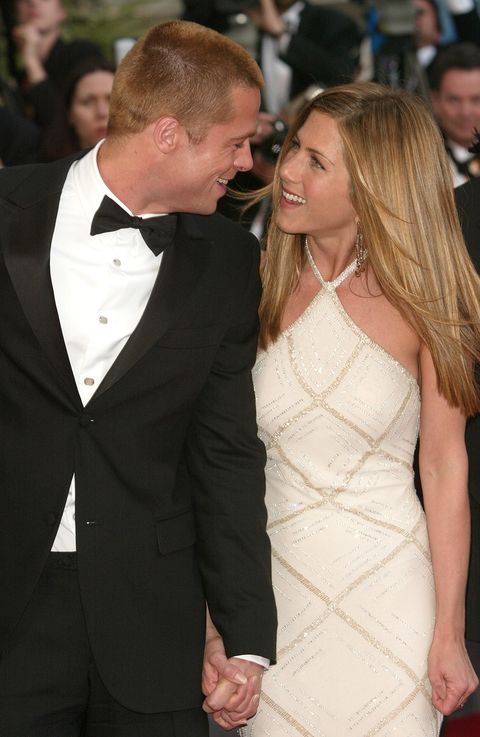 For the record, Dane said Jennifer joined the project first, so when Brad agreed to it, he definitely knew what he was getting into and that he was about to join a talented team of stars for a good cause. And the huge undertaking turned out to be a major success!