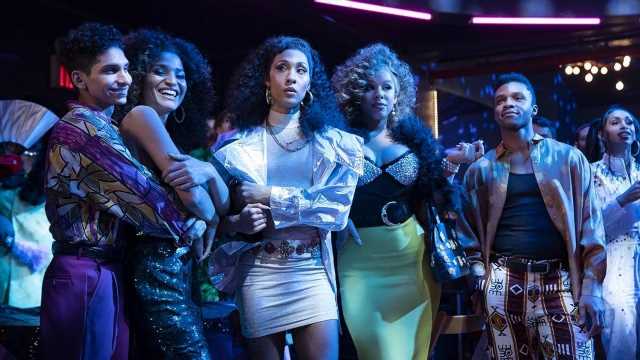 After three seasons on FX, Pose is coming to an end. Sunday’s series finale closes out a heartfelt journey that followed the lives of trans women and gay men of color as they navigated the realities of living in the 1980s and ’90s era of New York City during the AIDS/HIV epidemic while coming together as a family in the underground ballroom scene.

Season 3 was a roller coaster of emotions as the remaining episodes saw Blanca (Mj Rodriguez) fighting to keep the House of Evangelista together while Elektra (Dominique Jackson) clawed her way back to the top; Pray Tell (Billy Porter) battling addiction as his health deteriorated as Ricky (Dyllón Burnside) tried to keep him alive; and Angel (Indya Moore) finally finding love and happiness with Papi (Angel Bismark Curiel).

In the finale, written by Ryan Murphy, Brad Falchuk, Steven Canals, Janet Mock and Our Lady J and directed by Canals, Blanca discovers an HIV clinical trial is denying access to people of color, leading her to join ACT UP in an effort to get Pray Tell the medication as audiences get a tear-filled chance to say goodbye to these beloved characters. 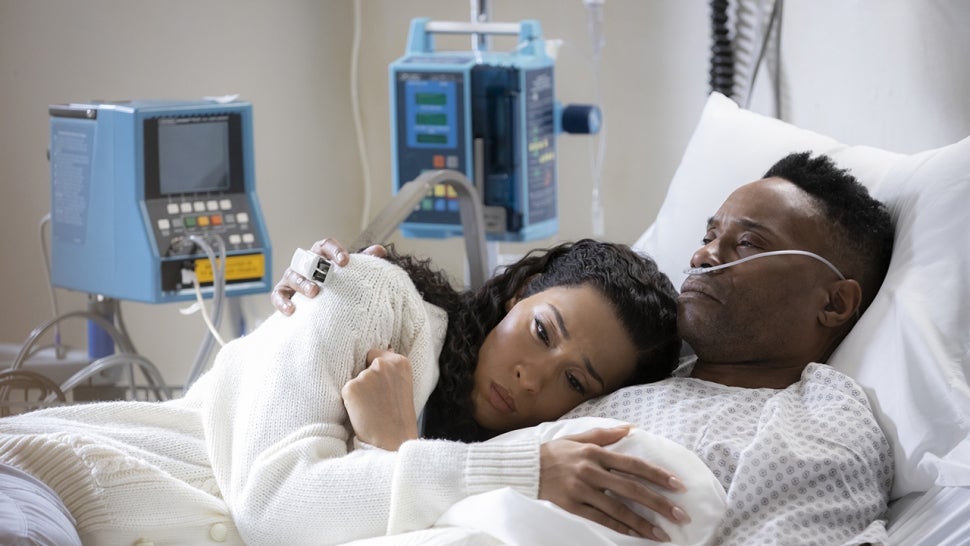 While ending it after three seasons may feel too soon for many, Murphy explains why it was the right decision. “It always was going to end in 1996 and it was always going to be about the new meds and the cocktail that came and sort of gave life to so many people,” he tells ET. “So it was just sort of a natural progression and it was just always what we knew we wanted to do.”

Our Lady J adds, “We told the stories we wanted to tell.”

And as for what plays out in the finale itself, “all of the characters’ storylines really get tied up,” Burnside says. “We get to see the desires that each of them have. We get to see how they are fulfilled or how they aren’t fulfilled.”

No matter what, audiences are “going to need a lot of tissues for this.”

Co-created and executive produced by Canals alongside Murphy and Falchuk, Pose made history by having the largest LGBTQ cast and crew on any primetime series. And outside of the acclaimed documentary, Paris Is Burning, which chronicled the lives of trans women during the same era, it was the first time these kinds of characters and stories were portrayed onscreen in an authentic way.

“I hope it changes television for the better,” Canals says, noting how content creators are now “being really intentional about the stories that they tell. And if they have trans characters, [they’re] casting authentically.”

He adds that “those are things that we weren’t talking about even five years ago.”

While Pose broke the transgender glass ceiling in terms of representation onscreen, it followed years of substantial cracks made by performers like Candis Cayne and Laverne Cox.

In 2007, Cayne became the first transgender actor to have a recurring role on a primetime series when she was cast on ABC’s Dirty Sexy Money as Carmelita, a transgender woman having a romantic affair with married politician Patrick Darling (William Baldwin). But it wasn’t until six years later, though, that Cox pushed transgender representation pass the tipping point as an inmate named Sofia Burset on Orange Is the New Black, earning the first-ever Emmy nomination for an out transgender performer.

In the years since, not only has television seen the inclusion of more authentic and diverse LGBTQ characters and stories, in everything from the Wachowski siblings’ Sense8 to more recent series like Euphoria and Veneno on HBO Max. 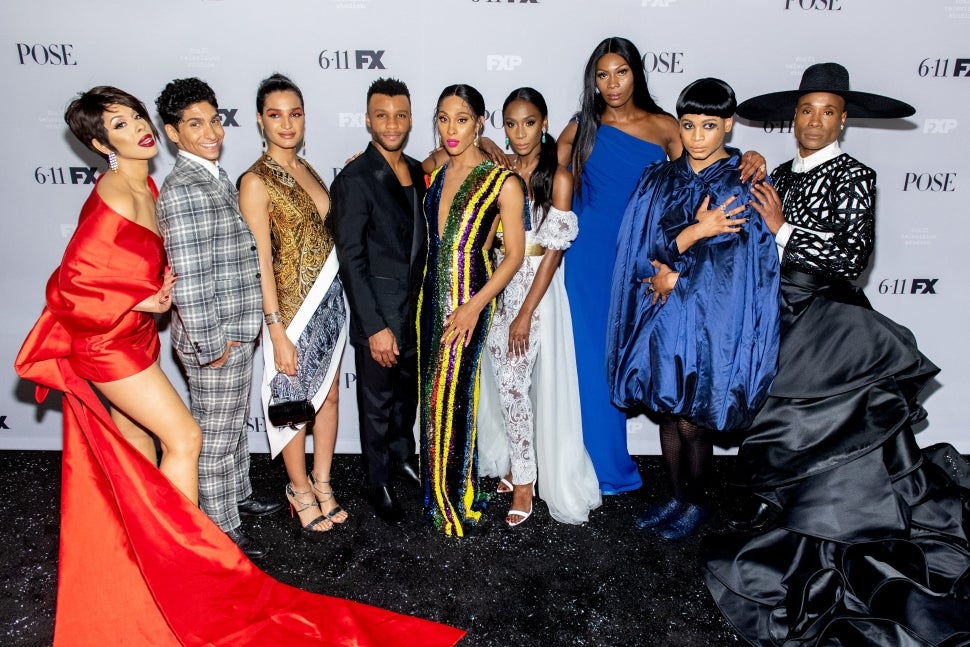 And finally, a decade after Cayne made her debut, Angelica Ross, Hailie Sahar, Jackson, Moore and Rodriguez all made history as series regulars on Pose, which earned an Emmy nomination for Outstanding Drama Series in its first season, and helped “change the landscape forever,” says Porter, who became the first openly gay Black man to win the Emmy for Outstanding Lead Actor in a Drama Series.

“Now there’s representation in the zeitgeist, in the mainstream that speaks directly to the communities that are still [marginalized],” he continues, adding that Pose “is going to show the people who greenlight things in Hollywood that a bunch of brown and Black LGBTQ people can make a show and it can be a hit and it can be successful. And that the talent is out here.”

Sahar echoes Porter’s sentiment, especially when it comes to recognizing “the raw talent and the abilities of marginalized people that live under the LGBTQ+ spectrum, and more specifically trans men and women of color,” she says.

And it’s not just the actors, who brought these stories to life onscreen, it’s also the creative talent behind the scenes that have proven themselves with this series. “As a trans writer, it’s hard to get anything on television and I’ve heard so many nos from so many execs for so many years about what can and what can’t be on television and Pose really breaks the mold and the success of Pose will hopefully prove to those decision makers that taking a chance on a show that no one has ever seen before actually does pay off,” Our Lady J says.

After cutting her teeth in the writers’ room for Transparent, Our Lady J went on to serve as writer and producer on this series, bringing an authentic voice to many of the HIV/AIDS storylines, especially as it relates to the transgender experience.

In addition to Our Lady J, Mock emerged as both a writer, director and executive producer on Pose, previously telling ET how she found her purpose helming episodes of the series during season 2. “It has been a whirlwind of an experience, having jumped onto this show in 2017 to write it and then being pushed to be a director and then finding my calling in the director’s chair,” she said at the time. 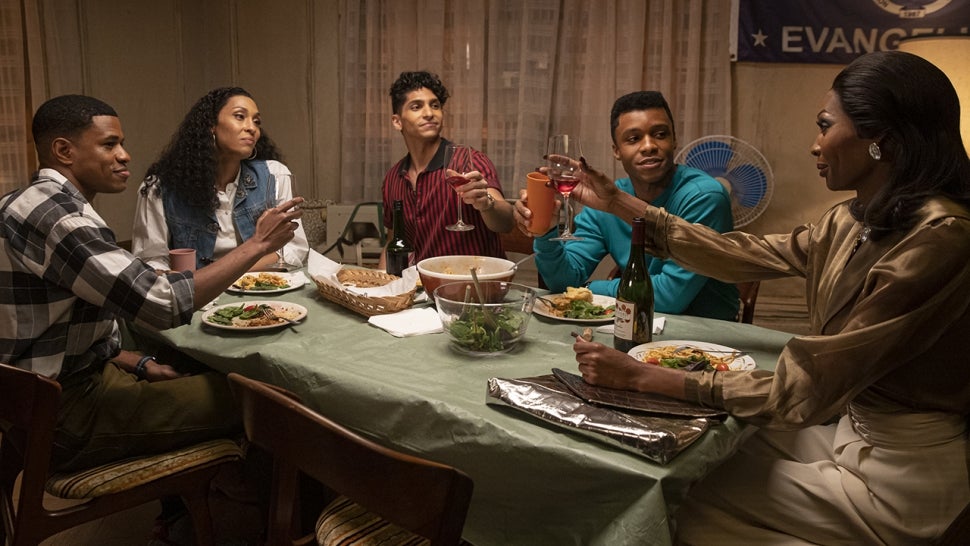 Looking beyond its impact on Hollywood, the cast has so many hopes for what Pose’s legacy becomes. “I don’t think it’s for us to say what it is,” Jeremy McClain says. “I think it’s for every audience member and person that interacts with it, feeling from it, and being changed from it.”

For Jason Rodriguez, however, in addition to showcasing the immense talent the community has to offer, “I hope this just sets the scale, the blueprint of acceptance, respect for Black trans women, for queer people of color.”

“And that includes encouraging cisgender, straight men not to be afraid, too embarrassed, too ashamed” to stick up for and protect trans women,” Curiel says, hoping they see themselves in Papi.

Meanwhile, both Jackson and Moore hope that the series shows how the trans experience is a universal experience. “We all have these very same issues and go through heartaches and traumas and everything,” Jackson says, while Moore adds that trans people deserve happy endings too. “Seeing that side of it is really paramount.”

No matter what, “I hope that the legacy it leaves is a resilient one,” Rodriguez says, hoping Pose ultimately shows people in the community who have dreams can actually achieve them. “It just shows you that anything is possible when you strive for it.”