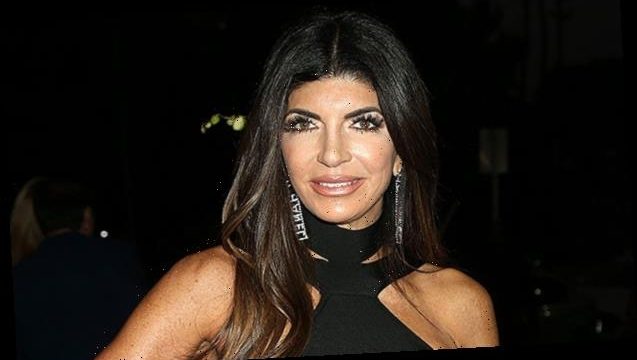 Thank goodness Teresa Giudice no longer needs the high end sex toys that ex-husband Joe Giudice had been sending her from Italy.  The Real Housewives of New Jersey star opened up about her red-hot romance with businessman Luis “Louie” Ruelas during Watch What Happens Live with Andy Cohen on March 24 and she got spicy! Teresa said their sex life is “amazing” as they “can’t keep their hands off each other.” The 48-year-old even hinted that a marriage could be on the horizon, as she “feels it.”

Andy asked about the differences between Tre’s beau of nearly five months and her former husband of 20 years. “Well with Louie is just more very open. He gets me to open up. Like, I know exactly what he’s feeling. He expresses his feelings. Because he’s so open, it makes me express my feelings to him,” Teresa explained, adding with a bright smile, “I like a lot of attention and so does he. We both give each other a lot of attention, which I love. We can’t keep our hands off each other.”

Andy told Teresa he was so happy she’s getting her “love tanked filled,” and asked his other guest, actress Jackie Hoffman, 60, her feelings on Tre’s sex life. “If he’s Latin he’s probably the only one who could keep up with that libido of hers,” Jackie sweetly snarked. Teresa gushed, “Yes! Oh my god, amazing. You don’t even know!” about their sex life.

When asked if the two have talked about marriage, Teresa blushed and said “I feel it. We’ll see what happens. I really feel like he’s my soulmate.” The mother of four was positively glowing as she spoke about it, and is clearly so happy and head over heels in love. Go Teresa!!!