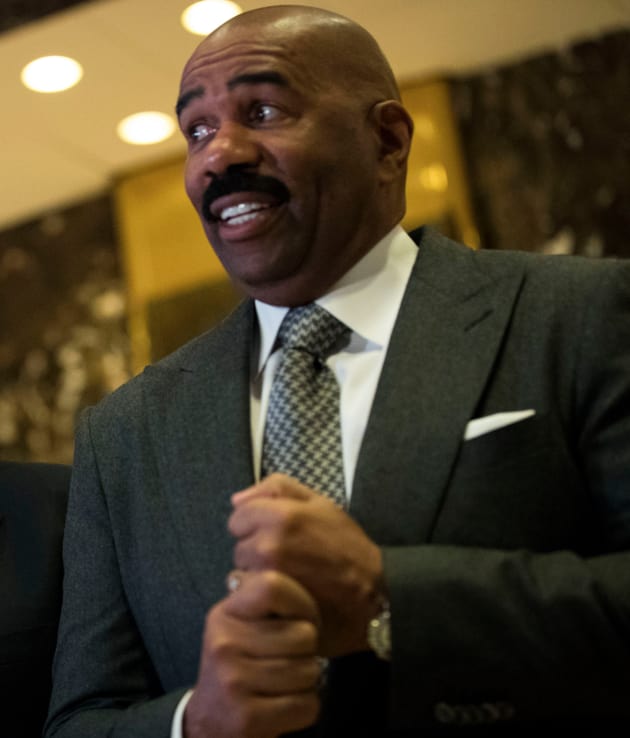 Your first divorce can throw you for a loop, but Steve Harvey knows what it’s like to have an ex-wife. He has two.

As he gears up for a rumored third divorce, he’s making sure to not repeat past mistakes.

According to a new report, the television host is liquidating millions of dollars worth of property to keep it out of his wife’s hands.

RadarOnline reports that Steve Harvey is selling off property left and right.

Since January of this eyar, the Family Feud host has placed four different properties for sale in Texas.

Two of those properties have already sold.

He has made an estimated $2 million.

And it seems like it’s only a matter of time before the other two properties follow in those footsteps.

The report says that Harvey has also fiddled with the ownership of another property.

He has allegedly transferred ownership to himself, where previously he owned it alongside wife Marjorie.

This imminent divorce battle comes on the heels of additional bad news — this time of a professional nature.

The controversial television personality has learned that NBC Universal will no longer be broadcasting his talk show.

At present, he’s worth a whopping nine figures, but the report warns that this could endanger his $200 million business empire.

Steve has been married to Marjorie since 2007.

But it sounds like experience has taught him to not count on sentimentality when it comes to preserving his assets in a divorce.

“Steve learned a lesson from his drawn-out divorce from [second wife] Mary,” an insider explains.

According to the source, “It took him years to get their properties into his name”

He won’t be doing that again — not if he can help it.

Cash is just easier to distribute, if ordered by the court or agreed upon by the divorcing parties.

“Marjorie would never allow herself to be pushed around,” an insider characterizes. “Money talks and her man had better provide.”

“And when the money’s gone, she’s gone, too!” the source expresses.

Marjorie recently took her daughter, whom Steve adopted, on a month-long world tour.

“Steve is desperate to stay on television,” the insider says. “He supports all six of their children in fine style and Marjorie is blowing through his cash.”

“He’s even admitted to pals that he needs to work things out with her or he’ll be left with nothing, which is insane,” the source opines.

So what went wrong in the first place?

If sources can be believed, part of the problem was that Steve flirted with Kris Jenner.

“Steve has a wandering eye,” the source says.

“He cheated during his previous marriages,” the insider points out. “And Marjorie knows he could do it again.”

“She knows her man’s weakness,” the source points out. “Knows everything about him!”

After 12 years of marriage, we would imagine so.

Steve Harvey has been controversial, at times with justification and at other times over comments that bore no malice.

(I certainly cannot speak for Asian men or for atheists or absolve his wrongdoing on behalf of those communities, but a few other controversies could have been avoided)

But it’s seldom cause of celebration to hear that a marriage is ending.

We should note that it doesn’t look like Steve is necessarily trying to hide money or assets so much as he is trying to streamline things.

More importantly, Steve and Marjorie continue to deny that they’re getting divorced.

In fact, they’ve recently been attending events together in a very public manner. What is the truth?

19 Most Expensive Celebrity Divorces Ever: Where Does Jeff Bezos Rank?