A Twitter user told Gary Linker that Sue Barker is a “long cut above” him after they were placed in the same broadcasting “legends” category, along with Formula One’s Martin Brundle. On Sunday, Sue presented her final Wimbledon after 30 years.

“In the VERY rare @GaryLineker @MBrundleF1 category of somehow being as good at broadcasting as they were at actually doing their sport! What a legend.”

The Match Of The Day host then shared Christian’s tweet and simply wrote: “She’s wonderful.”

One user was not happy with the comparison and took to the comments to set it right. 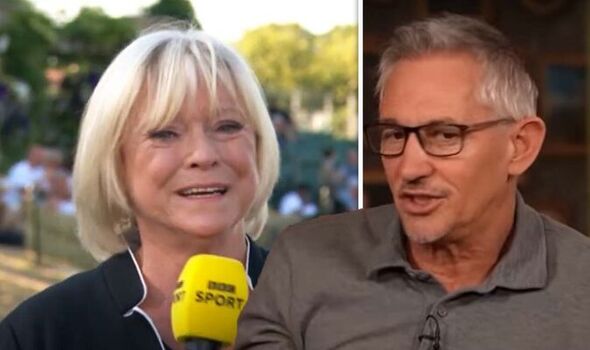 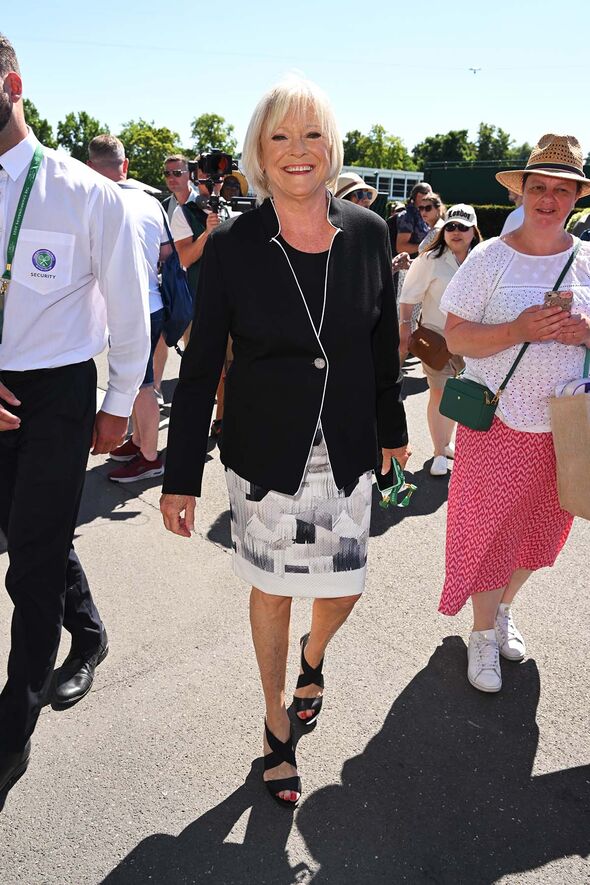 Conor stated: “No offence Gary, but she’s a long cut above yourself and Martin as a broadcaster. You both can have the edge as a competitor.”

Niall added: “Sue has been a shining light at the BBC. Just think of all she’s done. Wimbledon, Olympics, Commonwealth Games, London Marathon, Question Of Sport. I think the only thing she’s not done is MOTD. And all that after a brilliant career as a tennis player. Happy retirement Sue.”

And Sybil pleaded: “You must have some influence with Sue; surely you could persuade her to not retire?!”

Plenty of other famous faces took to social media to pay tribute to the broadcasting legend. 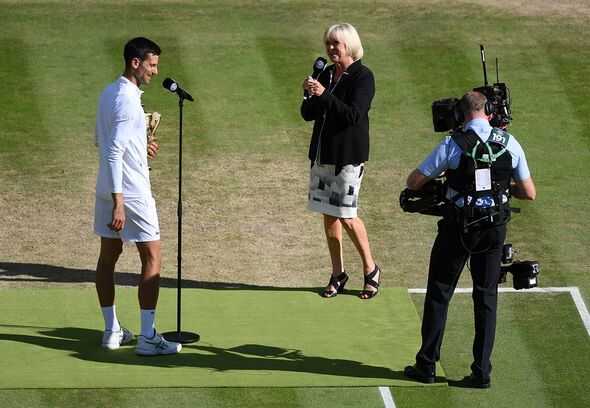 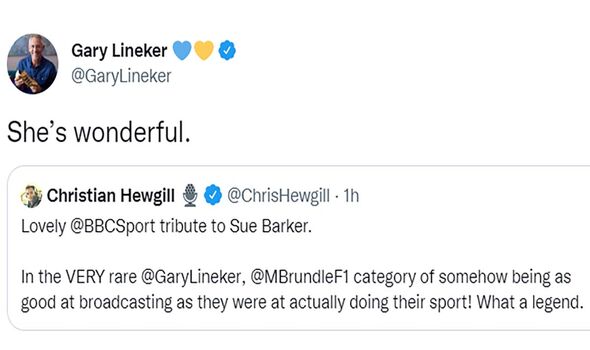 Piers Morgan wrote: “Why’s Sue Barker retiring? She’s 30 years younger than David Attenborough & the Queen and just as good at her job as she’s always been. The BBC should change her mind, especially if they put pressure on her to go.”

Sue Perkins added: “I’m going to miss Sue Barker so much. What a champ. Thank you for being in my living room for thirty years…I’m sobbing. Pure class.”

And Gabby Logan echoed: “We all walk in the GOAT’s footsteps.”

As Sue struggled to hold back tears as her final Wimbledon came to an end, she said: “Can I just say, it’s been an absolute privilege, I’ve loved it, 30 amazing years, thank you.

“I’ll miss the job, I wish I had another 30 years to do it… I’ve been so proud to front the programme.”