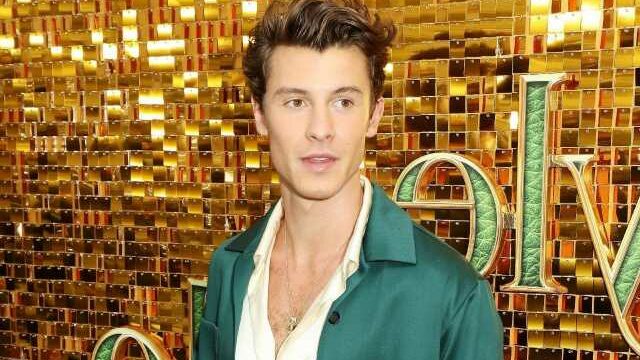 The ‘Treat You Better’ hitmaker says in a new interview that spending time ‘just to ground’ with family and friends helps him to recover from mental health struggles.

AceShowbiz –Shawn Mendes has spoken for the first time about how he’s feeling after canceling “Wonder” world tour to focus on his mental health. In a new interview, the “Stitches” crooner admitted that he feels more relaxed now.

In an article published by Entertainment Tonight on Monday, October 3, the 24-year-old heartthrob told the outlet, “I think I needed some time just to ground and spend some time with family and friends and gain some perspective of how beautiful it is what I get to do for a living.”

Elsewhere during the chat, Shawn talked about his new movie, “Lyle, Lyle, Crocodile“, which will be the first time fans hear his singing voice after announcing canceling the tour dates. “It doesn’t feel like such high pressure,” the “Treat You Better” hitmaker shared.

“When it comes to art and showing yourself I think that vulnerability is kind of what gives other people the power to feel that they can also be vulnerable,” Shawn said of what the film had taught him. “I felt really connected with Lyle’s sensitivity and sensitivity in the film. I feel a lot of that in myself.”

“Lyle, Lyle, Crocodile” is a film adaptation based on the children’s book series of the same name, which tells the story of a young boy who discovers a singing crocodile in the attic of his family’s new home. Shawn voices the musical reptile and the movie includes several of his original songs as well.

Last week, Shawn was photographed looking relaxed and rested during a casual stroll with his friends in West Hollywood. In photos released by Daily Mail, the “There’s Nothing Holdin’ Me Back” singer could be seen chatting and taking the occasional glimpse at a storefront. He appeared to lead the way, with his two pals following close behind. They eventually stopped to grab some lunch at a restaurant.

Nearly two months prior, Shawn announced that he unfortunately had to cancel the remaining dates of his world tour for the sake of his mental health. “As you guys know, I had to postpone the past few weeks of shows since I wasn’t totally prepared for the toll of being back on the road would take on me,” he said in a statement posted on Instagram. “I started this tour excited to finally get back to playing live after a long break due to the pandemic, but the reality is I was not at all ready for how difficult touring would be after this time away.”

A few weeks after announcing the cancellation of his shows, Shawn took a vacation to Miami, Florida. Asked how he has been spending his time, he said, “I’m taking a lot of time doing therapy, taking it easy, man, spending time with family that I just haven’t been able to. I think, for me, it’s just been about spending time doing things I haven’t really done over the last few years, having dinner with friends and stuff.”