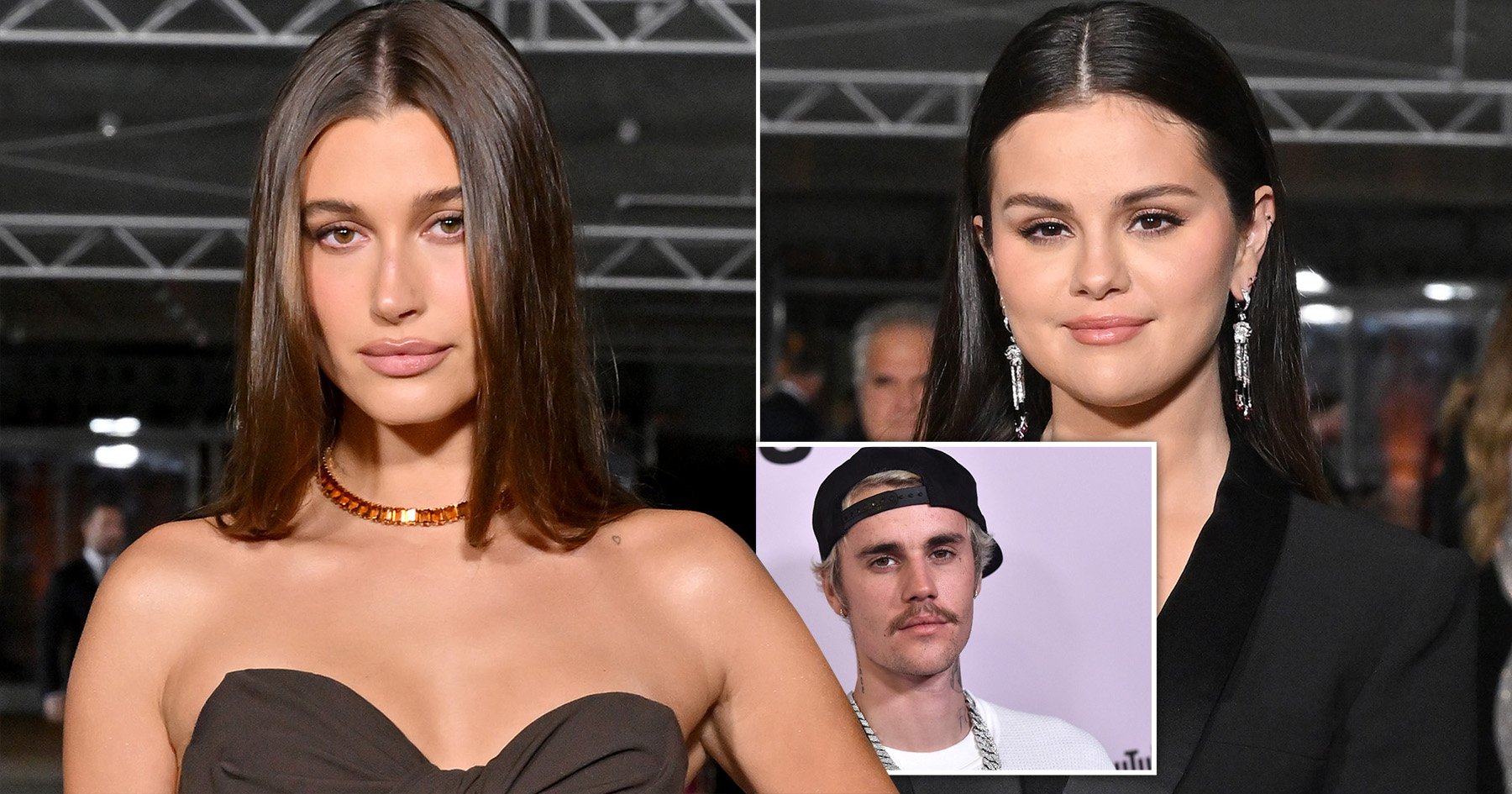 Selena Gomez and Hailey Bieber put on a united front as they posed for photos together at the Academy Museum Gala on Saturday night, seemingly ending any rumours of bad blood over Justin Bieber.

Actress Selena wrapped her arm around the fashion model as they both smiled for photographer Tyrell Hampton at the star-studded event in Los Angeles, which saw some of Hollywood’s biggest names in attendance.

Fans have gone into meltdown since images of the pair were posted online, with one screaming: ‘THIS IS THE DAY WE’VE ALL BEEN WAITING FOR.’

‘Omg the world is healing,’ said another.

Many, however, were taken by surprise by the snap. ‘Now this wasn’t on my list of things that would happen this year,’ one wrote.

Their friendly embrace comes just weeks after Hailey set the record straight over claims she ‘stole’ her husband Justin from the Only Murders In The Building star.

Justin announced his engagement to the supermodel in 2018 following a whirlwind romance, shortly after he called time on his years-long tryst with Selena.

They tied the knot in a secret ceremony that same year, before hosting an elaborate celebration for family and friends in 2019.

Fans have continuously questioned the timeline of the two relationships and speculated that there was an overlap, slamming Hailey in comments on social media.

However, speaking on the Call Her Daddy podcast at the end of last month, Hailey spoke out against the rumors for the first time, insisting that she would ‘never’ date someone who was still in a relationship.

‘Your husband was in a very public relationship. People were obsessed with them being together,’ host Alex Cooper questioned in the candid chat. ‘Were you ever with Justin romantically at the same time as her?’

‘No. Not one time. When him and I ever started hooking up or anything of that sort, he was not ever in a relationship. Ever. At any point. I would never…,’ Hailey replied.

‘It’s not in my character to mess with someone’s relationship, I would just never do that. I was raised better than that. I was not interested in doing that and I never was.

‘I think there are situations where you can still have a back-and-forth with someone, but even that was not the situation. I can say, period, point blank, I was never with him when he was in a relationship with anybody. That’s the end of it. I had been involved with him since I was 18.’

Justin dated Selena on and off for eight years before they finally went their separate ways in March, 2018.

Months after they ended their relationship, he rekindled his former fling with Hailey – who he was previously linked to in 2016 – and they got married soon after.

Reflecting on the timelines, she explained that Hailey said she ‘understands’ how it may look from the outside but vowed that how the situation was perceived in the public wasn’t quite how it happened behind closed doors.

‘They were not in a relationship at that time. But, of course, there’s a very long history there and it’s not my relationship, it has nothing to do with me, so I respect that a lot,’ she continued.

‘It closed a chapter and I think it was the best thing that could have happened – for him to move on and be engaged and get married and move on with his life in that way.

‘It’s hard for me to talk about this because I don’t want to talk on either one of their behalf again because it was their relationship and I honestly respect that very deeply. I know what was going on when we got back together, and I know what had to happen for that to come back together in a healthy way.

‘As a woman, I would never want to get into a relationship with someone and get engaged and be married to them and think in the back of my mind, “I wonder if that was really closed for you”.

‘I know for a fact that the reason we were able to get back together was because it was very much completely closed. And that is respectful for me.’

Elsewhere during the podcast interview, Hailey shed light on where they all stand now, stating that she had spoken to Selena in the past and has ‘a lot of respect’ for her.