In a hilarious video for the new Ellen Digital Network series, the former ‘Modern Family’ star and her 36-year-old fiance could not help but laugh as they flaunt their flexibility.

AceShowbiz –Sarah Hyland is exploring uncharted territories with Wells Adams for her new digital show. Headlining the Ellen Digital Network series “Lady Parts“, the former “Modern Family star was unveiled in a newly released video to be trying on some sexy tantric yoga move with the help of her 36-year-old fiance.

In the clip obtained by HollywoodLife.com, the 29-year-old actress began by introducing “The Bachelorette” alum to the camera. “This is my fiance Wells Adams. He’s not a lady but he does care a lot about my parts,” she said. “Today, we are trying tantric yoga to make things a little bit more interesting.”

Wells, who sat next to Sarah on their white sofa, responded by stating, “It’s true. Very much so.” He added, “There’s no chance of injury. Are you really having fun today?” His statement prompted her to jokingly reply, “I mean, five nose bleeds, two sprained ankles and a broken toe later, we can confidently say – no, you are not. So, let’s do this.”

The engaged couple was then joined virtually by yoga instructors Shayna Hiller and Diego Wallraff. When Wells inquired, “How flexible does one need to be, because I cannot touch my toes,” Shayna responded by assuring him, “By the end of today, you’ll be touching beyond your toes.”

Shayna and Diego went on to demonstrate the “partner flying” pose, which left the “Geek Charming” actress stunned. “Holy s**t,” she exclaimed, before mentioning, “I used to do this all the time with my dad. Is that weird? Not the kissing part but the airplane.”

While Shayna and Diego made the pose seem simple, Sarah and Wells were clearly struggling in executing it. After Wells failed several attempts in lifting Sarah using his feet, the lovebirds could not help but laugh as she again fell down on the couch.

Speaking about the benefit of tantric yoga itself, Shayna explained that it is “an opportunity to connect deeper with yourself and your partner.” She elaborated, “When we are whole and loving with ourselves, we are more capable and able to serve up the best versions of ourselves.”

“Lady Parts” sees Sarah teaming up with celebrity obgyn, Dr. Sherry Ross, to talk about subjects related to female health, sexuality, experiences and many more. The two will be joined by celebrity guests which include Tiffany Haddish, Saweetie, Nicole Byer, JoJo and Hilary Duff. The full episode of Sarah’s tantric yoga attempt will come out via ellentube on October 7. 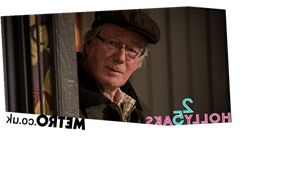