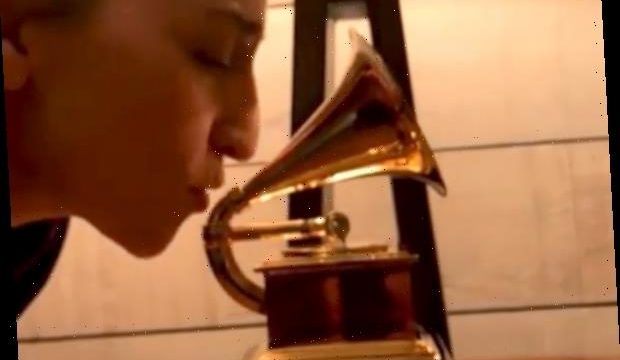 Sara Bareilles has been a Grammy winner for over a year, but she finally has her award in her possession!

The 41-year-old singer won the Grammy Award for Best American Roots Performance for her song “Saint Honesty” at last year’s ceremony, which took place on January 26, 2020.

Sara was unable to attend the event because she was starring in the musical Waitress in London at the time.

“Long road to this sweet moment. Just arrived today. One year later. Feeling all the joyful feelings,” Sara captioned a video, captured by her longtime boyfriend Joe Tippett, of the Grammy in her new home.

Sara is currently filming the upcoming Peacock comedy series Girls5Eva, which is being produced by Tina Fey. Check out the photos we posted from the set back in October.