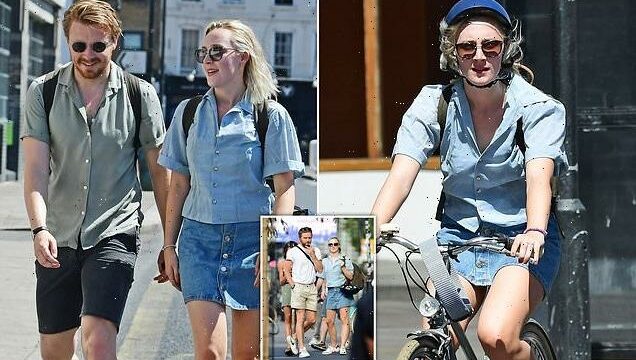 Saoirse Ronan is riding high as one of the biggest stars in Hollywood… But in hipster Shoreditch, she’s just another woman on a bike after attracting barely a glance from locals

She is one of the biggest stars in Hollywood, but in East London, Saoirse Ronan glides by on her bicycle, unnoticed in helmet and shades.

The four-time Oscar nominee was spotted in a button-up denim skirt and matching blouse during a sweltering afternoon last week with her actor partner Jack Lowden.

She attracted barely a glance after locking up her sky-blue bicycle and walking through the crowds to join Jack’s ballet-dancer brother Calum and his friend for a drink at a bar in trendy Shoreditch. 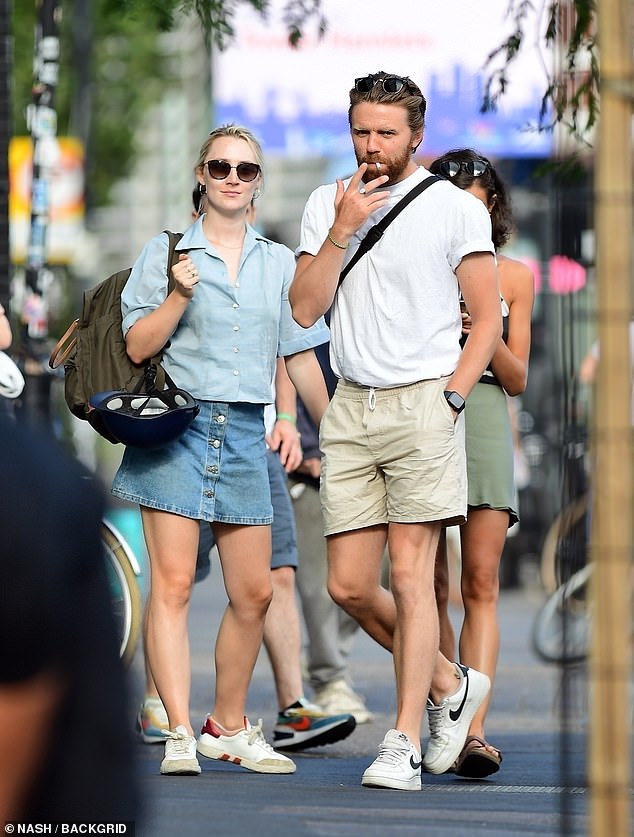 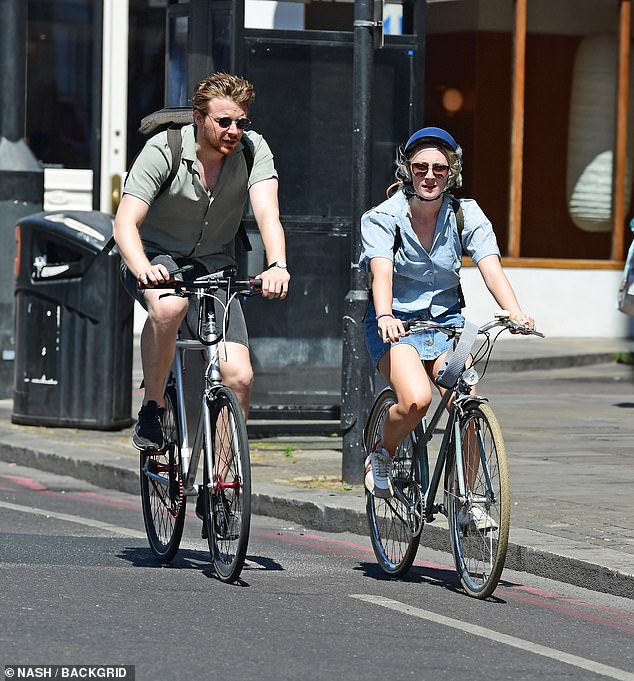 Her dressed-down appearance is in contrast to her forthcoming role in the Barbie movie, a star-studded comedy due out next year which makes the most of the doll’s vividly colourful wardrobe.

The quartet spent several hours in the bar’s beer garden, before 28-year-old Saoirse left to collect her bike and head home. Boyfriend Jack, 32, clearly had much to talk about with Calum, the 29-year-old principal dancer at The Royal Swedish Ballet.

Calum also knows Saoirse well, having accompanied her to the Bafta awards ceremony in 2018 where the actress was up for best actress for her role in Lady Bird. 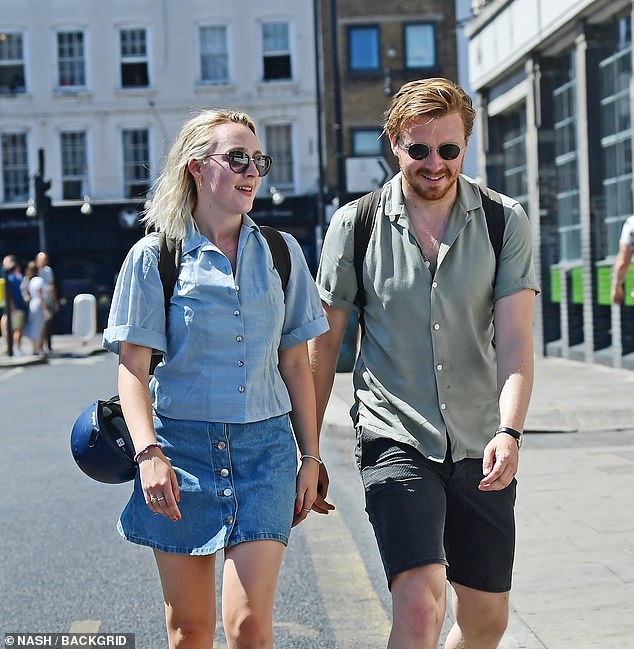 Saoirse – who says her name is pronounced ‘sur-sha’ – has been dating War And Peace star Jack for at least two years. They first met on the set of the 2018 movie Mary Queen Of Scots, in which the Irish actress played the title role and Lowden was her husband, Lord Darnley.

Saoirse can next be seen in the period whodunnit comedy See How They Run, due to be released in September.