Ross Kemp has opened up about his continued support of Scott Mitchell in the wake of Dame Barbara Windsor’s death.

The Carry On icon and EastEnders star passed away December after her battle with Alzheimer’s, aged 83. Ross – who played Grant Mitchell, Barbara’s on screen son in the BBC soap – told us that her husband, Scott is a “true friend.”

“I was very much involved and I'm still close to Scott. He's a true friend and always will be,” he told OK! “It's widely documented that I read the eulogy at her funeral and I was with Scott all the way through it,” Ross continued. “I made a documentary with Scott about Alzheimer's and Barbara did know about that. There were pictures of her in it.”

Ross Kemp: Living With Dementia tackled the growing social care crisis arising from inadequate government funding for dementia care and research. During the documentary, Ross sat down with his friend Scott to understand his experience of caring for someone with the illness.

“Illnesses like dementia and cancer and all the other terrible illnesses out there… when Covid started they didn’t send us all a little note to say don’t worry we’ll take a break,” explained Scott.

Barbara’s husband of 20 years also detailed how the star’s condition had progressed since February 2020. She was struggling with her words and Scott revealed she was having more falls.

He explained that a specialist told him he “needed to think about the future.”

Speaking to his friend on the documentary, Scott said: “It’s the thing I’ve always feared, Ross. I’ve had some fairly dark moments since he said that because there’s a part of me which knows that’s the truth and that’s what needs to happen and there’s another part of me, Ross, which can’t imagine letting her go. I can’t imagine leaving that lady when she talks to me the way she does and putting her somewhere and her thinking why has he done this to me?”

Speaking on Good Morning Britain after Barbara passed away, Ross praised Scott for his dedication.

“She was a genuinely good person and she was very lucky to have someone like Scott who stayed by her side and was a rock for her,” he told the nation.

“The thing about Scott and Barbara is that they were so brave in coming out and fighting on behalf of dementia and Alzheimer’s. They should be applauded for that – particularly Scott. He’s going to carry on doing it.

“Even though we all knew it was going to happen, it floored him. They were truly truly in love with each other and they cared for each other deeply.” 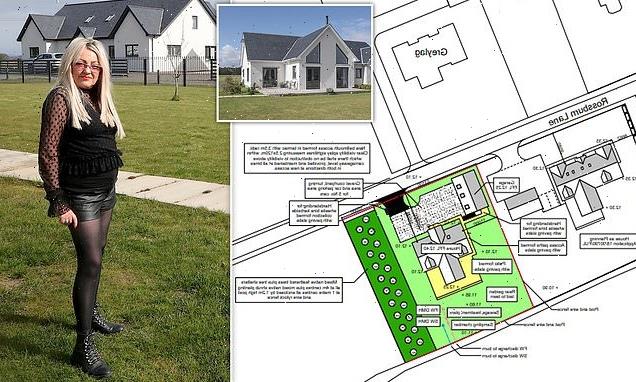