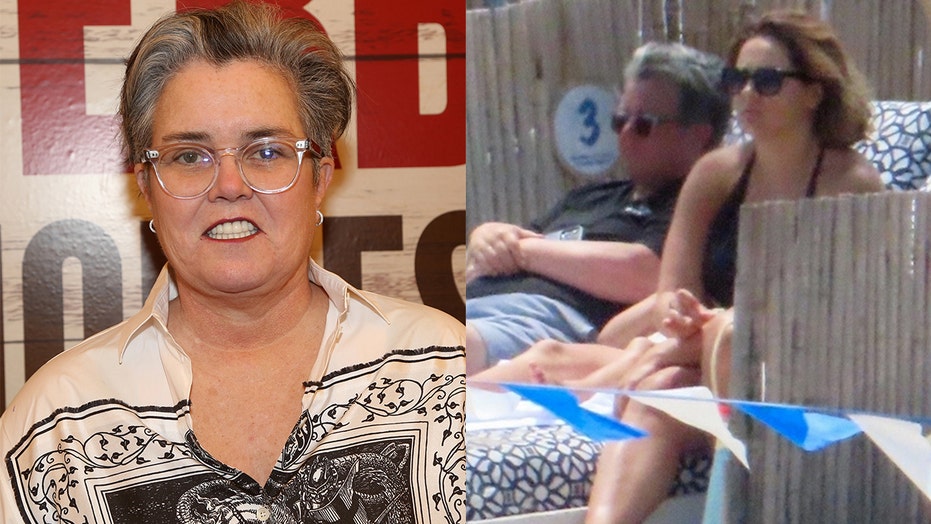 On Monday, the comedienne and television personality was spotted having a beach day in Malibu with a mystery woman. The pair enjoyed some drinks and naps while O’Donnell’s daughters Vivienne and Dakota played with friends.

The 59-year-old was wearing an anti-Trump t-shirt and shorts for the outing. It’s unclear who the lady relaxing next to the former talk show host was.

In 2019, it was reported that O’Donnell had split from fiancée Elizabeth Rooney after being engaged for nearly one year. The star previously confirmed the couple’s engagement in 2018 after dating for a year. 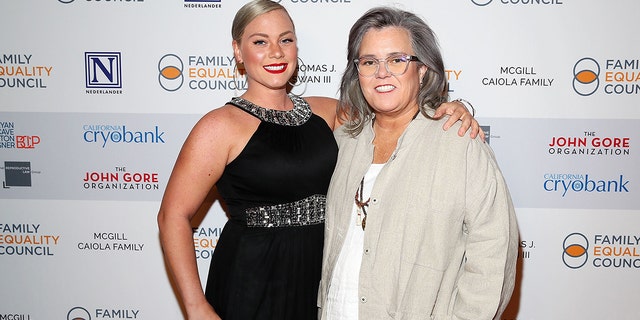 Elizabeth Rooney, left, and Rosie O’Donnell called it quits after being engaged for nearly one year.  (Photo by Astrid Stawiarz/Getty Images for Family Equality Council)

The former co-host of “The View” detailed how the women managed to make their long-distance relationship work at the time.

“She lives in Boston now and I live here in New York,” said O’Donnell, as quoted by People magazine. “It’s been a long-distance thing. It’s been great. I think she’s a wonderful woman.”

According to the outlet, O’Donnell praised Rooney for being an Army veteran and an undefeated boxer during her time of service.

“She’s very much an equal, she’s very much her own person and loves what she does,” said O’Donnell. “She’s a pretty unbelievable young woman.”

O’Donnell shares four children – sons Parker and Blake, as well as daughters Vivienne and Chelsea, with first wife Kelli Carpenter. The couple was together from 2004 until 2007, the outlet noted.

The star married a second time to Michelle Rounds. That union lasted from 2012 until 2015. Rounds died of an apparent suicide in 2017 at age 46. They share one daughter named Dakota.