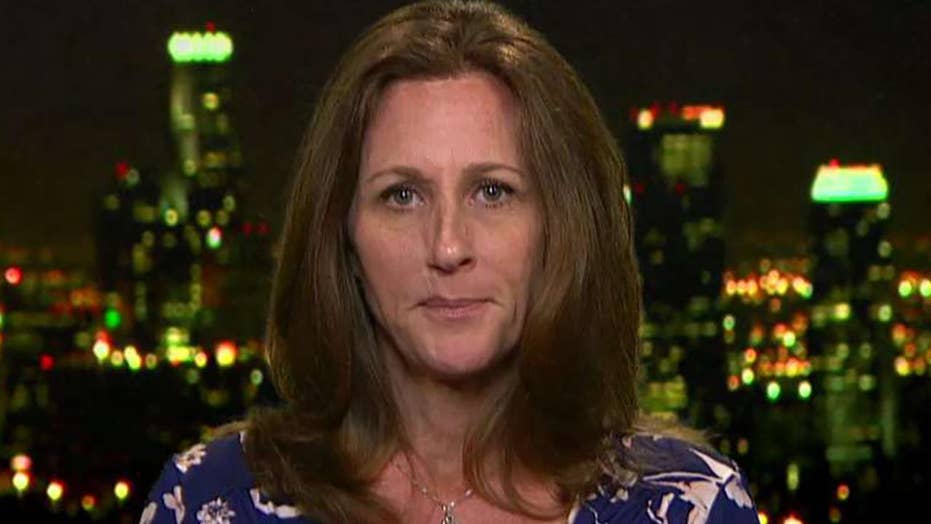 Host of the ‘Confronting: O.J. Simpson’ podcast Kim Goldman says she blames the jury, not the prosecution, for the not guilty verdict.

On the 25th anniversary of the infamous white Bronco chase, Ron Goldman's sister revealed Monday that she "100 percent" blames the jury for failing to convict O.J. Simpson for the murders of her brother and Nicole Brown Simpson.

Kim Goldman appeared on "Fox & Friends" to reflect on watching a suicidal O.J. Simpson being driven down a Los Angeles interstate by his best friend and former teammate Al Cowlings in June 1994. It was her family's hope that the incident would end peacefully so that the football legend could go to trial and they could "find out what the truth was" about her brother's death.

On her podcast, "Confronting: O.J. Simpson,' Goldman discusses the trial with several former jurors, who she blames for the outcome of the trial.

"They were the decision makers," she said. "And if you listen to the podcast two of the jurors tell me that we were never going to get a conviction. They believe in the conspiracy."

Goldman reflected on the day she found out her brother had been murdered while she was attending college in San Francisco. She watched the story unfold on the news before her father was notified of Ron's death by the local coroner.

"I didn't realize that I had watched the news earlier in the day and watched my brother being wheeled out of the crime scene," she said.

Simpson raised eyebrows over the weekend when he created a Twitter account two days after the 25th anniversary of the murders.

He announced his presence on the platform by posting a grinning video in which he discussed the fact that many have been able to say whatever they've wanted about him for years, but he now has "got a little getting even to do." In a matter of days, he's accumulated more than 600,000 followers.

Kim Goldman told "Fox & Friends" hosts that she wonders if the announcement of her podcast triggered O.J., just as the release of the book "If I Did It" did in 2007. She recalled that the day the book was originally published, Simpson committed armed robbery in Las Vegas for which he spent nine years in jail.

"I find it kind of disgraceful that on the observation of Ron and Nicole's death that's the day he chooses to go online and say he is going to get even," she said.