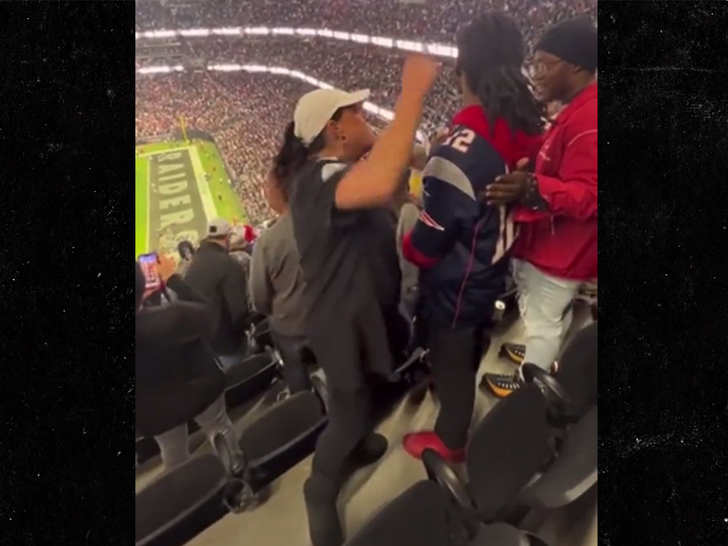 It clearly pays to be a good person … ’cause the New England Patriots fan who kept his cool as a Las Vegas Raiders supporter tormented him during Sunday’s game is getting the hookup — with free tickets from Robert Kraft!!

Video of the incident went viral this week … showing a woman in a Derek Carr jersey berating a man in Tom Brady threads in the Allegiant Stadium stands right after the Pats lost in heartbreaking fashion.

The guy — Jerry Edmond — was praised on social media for not stooping to the woman’s level … and Kraft was so moved by his handling of the situation, he decided to give the fan a VIP experience at this weekend’s game against the Bengals.

As it turns out, the Pats vs. Raiders contest was Edmond’s first NFL experience … and he said he didn’t want to ruin his experience by retaliating toward the heckler.

Not only is Edmond getting free tix to the game, the team says he’s going to get a customized jersey and pregame field passes to watch the players warm up.

As for the Raiders fan, she gets nothing but a ton of shame.