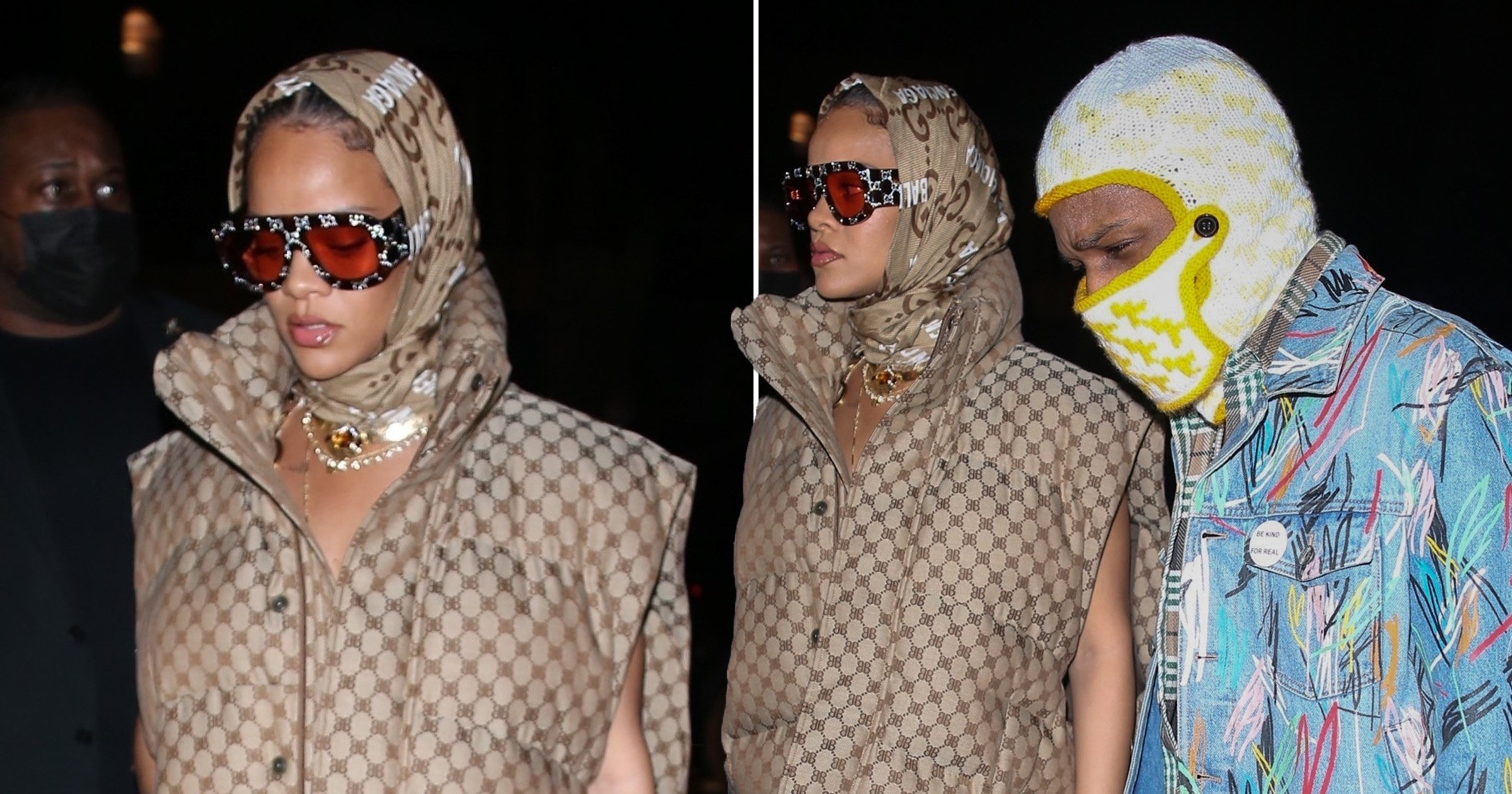 Rihanna and boyfriend A$AP Rocky enjoyed a late-night dinner on Tuesday, where the name of the game seemed to be headwear.

Stepping out in Santa Monica, California, for dinner at the luxurious family-run Italian restaurant Giorgio Baldi, the couple – who rang in the new year together in Barbados – were on the same page with their accessories.

Umbrella chart-topper Rihanna, 33, went sleek in a Balenciaga-Gucci collab scarf wrapped around her head and neck, paired with oversized sunglasses in a modern take on the 1950s film star style.

She completed her look with a matching beige puffer jacket, black dress, strappy heels and a chunky gold watch and necklaces.

Meanwhile A$AP, also 33, went one step further with his head gear, modelling a knitted white and yellow balaclava with an attached face covering, in a style similar to a motorcycle helmet.

It was certainly practical in Covid times, especially as it appeared to attach with buttons at the side, allowing for handy sliding up and down.

He finished off his outfit with a snazzy 80s-look denim jacket, with a muti-coloured scribble design.

The pair are believed to have been dating since early 2020, but Rocky sweetly confirmed their romance in May 2021, calling Rihanna ‘the One’.

Rihanna and A$AP go way back as friends, to at least 2012 when they worked on the remix of her song Cockiness together.

The couple have been seen out and about a fair bit recently, preceding their Bridgetown New Year bash with a little bit of shopping in New York earlier in the month.

Days before, the We Found Love singer was made a National Hero in Barbados, after the country cut ties with the UK, removing Queen Elizabeth II as their head of state and becoming the world’s newest Republic.

Rubbing shoulders with the likes of Prince Charles as he attended the presidential inauguration ceremony, the star was visibly touched to be honoured as the country’s 11th National Hero for her achievement in entertainment and shining a positive light on Barbados globally.

Since then, the Savage X Fenty entrepreneur has also been rocking it in true RiRi style, sharing a sizzling shoot in her lingerie line at the close of 2021 – and then going ahead and announcing the launch of five physical stores in the US.