Reginald Hudlin, one of the executive producers of this year’s unique (to say the least) virtual 72nd Primetime Emmy Awards show, has actually produced the Oscars in 2016. But even that did not prepare him for what he is experiencing at the helm of this year’s Emmys.

“We’ve all seen the Emmys, this is the 72nd one. This is not that. This is going to be something else. And what that is none of us 100% know. This has never been done before,” he told me in a conversation this morning from his car as he was driving to rehearsals and a virtual press conference among other things as the big show nears its Sunday airdate. “As experienced as this entire production team is — we have all done the biggest awards shows — no one has  done anything like this. And given how the show is live we won’t have seen it until it is all done. There are segments that are pre-taped but 90% is a live show. We are relying on talking to people all over the world. We have 130 cameras in Los Angeles, New York, Toronto, London, Berlin, Tel Aviv. I presume that is all gonna work just great.” 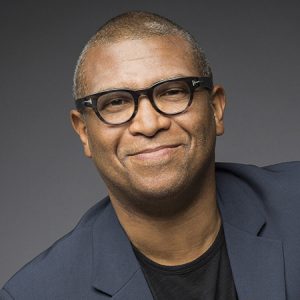 Hudlin says he is thankful to be working with the production team of Done + Dusted, which also produced (with Don Mischer) last year’s Emmys in a very different environment. His fellow producers include show host Jimmy Kimmel, who I interviewed about all this last week, Guy Harrington, David Jammy and Ian Stewart. Hamish Hamilton is the director, and they will all be working from ground zero at the Staples Center in Los Angeles, where Kimmel and a very few select presenters will be. It is an enormous operation in uncharted waters, technologically speaking. In regard to the latter, that is where the Great Emmy Experiment of 2020 really comes into play as the production team has sent elaborate camera kits to all the nominees, equipment they will have to set up themselves, but Hudlin promises it will be easy. “Elaborate is the term. And that was the trick. We want the best quality sound, the best quality picture. And at the same time we are sending people a simple unit. They only have to plug in a few things, so it is very user friendly,” he said.

Of course, as I have discovered doing a boatload of virtual interviews this Emmy season with many of the same stars that figure into Sunday’s Emmy show, things can go wrong, and the WiFi isn’t always reliable. In fact, the connection between Hudlin and I went out four times today before I finally was able to complete the interview. Fortunately he kept calling back.

“It could happen again on Sunday,” he laughed. If things go haywire, he says, they are ready. “We have got some plans for that, but the number one plan we have is called Jimmy Kimmel. He is very brilliant and also used to these types of production situations.” That is an understatement: Kimmel reminded me recently of the Oscar show debacle when the wrong Best Picture winner was announced on the first of the two Oscar shows he hosted, so he is road-tested for disaster in a way few awards-show hosts are. 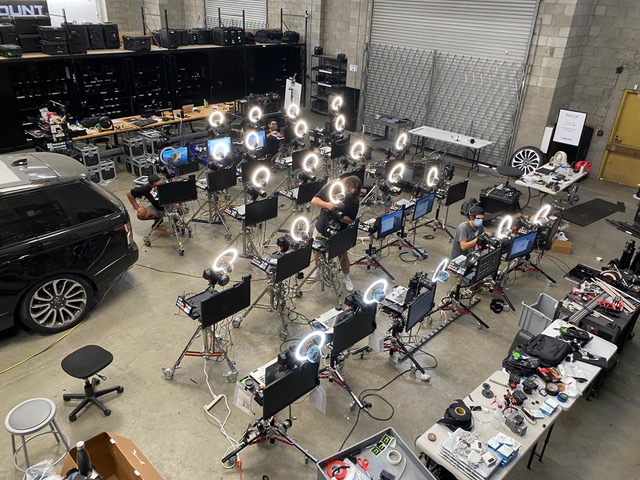 Hudlin says the producers have been watching other TV shows forced into the virtual universe and have learned some lessons. Do they plan to steal any of those ideas? “1000%! That is how art works,” he said. “We have all been watching the evolution of these kinds of virtual shows from March until now. What was really novel and entertaining a couple of months ago is kind of old hat now. We have seen what some of the drawbacks are. We’ve seen some really imaginative solutions to those problems and we are gonna try to add to that. Certainly the football draft was really interesting. The Republican and Democratic conventions were interesting. What’s going on with sports, with basketball and baseball. We are looking at everything and taking inspiration from all those things.” 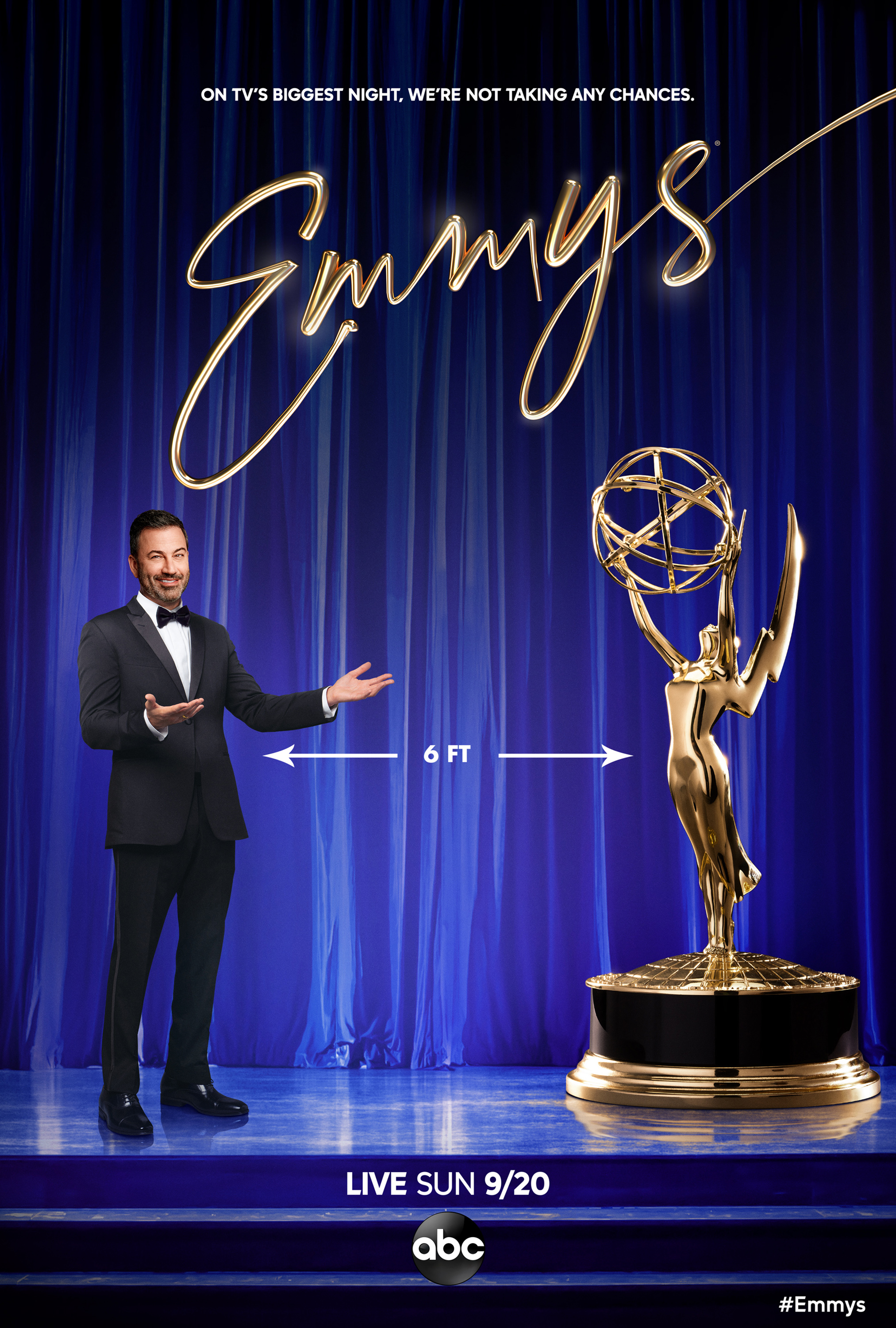 One of the innovations he hopes works is in the actual way awards will be handed out. He did confirm tradition will be honored in seeing all nominees on screen at the same time before the winner is announced. “We will do that, but how we present them will change from category to category. Once you start reinventing the show you say, ‘Why do we always do it this way?’ Since we can’t do it the usual way, maybe we should try to different things. As we move through the different categories we are going to be trying different styles of presentation to keep it interesting. And we will see if it works,” he said. He added that one hurdle they haven’t been able to completely overcome will be in the presentation of the actual Emmy itself, but he did dangle an intriguing clue that we may actually see some sort of physical presentation of TV’s top award.

“There is no way we can get the statues in the hands of all 23 winners (the number of categories being presented on air). But we are gonna try some experiments with a few and we will see how that turns out,” he said. “We will just see. Honestly we are still working it all through. I know it sounds like it is very late to still be working it through but that is what we are doing. We are working it all through,” he added, laughing.

They may not have to worry about that with some potential winners, because Hudlin revealed to me not everyone nominated is on board. Fear of Covid 19 may just be one of the reasons. “There are people who say ‘look , we can’t accept anything in our house. We are in a hermetically sealed bubble’, Hudlin says of some responses they have gotten.  “We make sure everything we send people is disinfected.  And there are also nominees  where it is going to be 4:00 in the morning, and they say ‘I’m not going to stay awake until 4’,  and we say, ‘ are you sure?’ It’s the Emmy awards!’. We have a few folks who have bowed out, but I have to say that is typical for any awards show.”

For those who are all in, and especially the lucky ones who win, are there any restrictions along the lines of a normal awards show where those who go on past the time limit are actually played off? Will there be a virtual orchestra so to speak to carry that out?  “Absolutely. The need to keep it moving never ends. Yes, we have a plan A and a plan B. The main thing is we really just try to talk with the nominees and say ‘guys we really want you to express yourself fully, and you will get to do that in ways you never got to do before’  . For example you don’t have to thank your kids because hopefully you are  with your kids. You could all be together, have all your friends over to your house for a big Emmy party. All those things will be part of it,” the producer said hopefully. 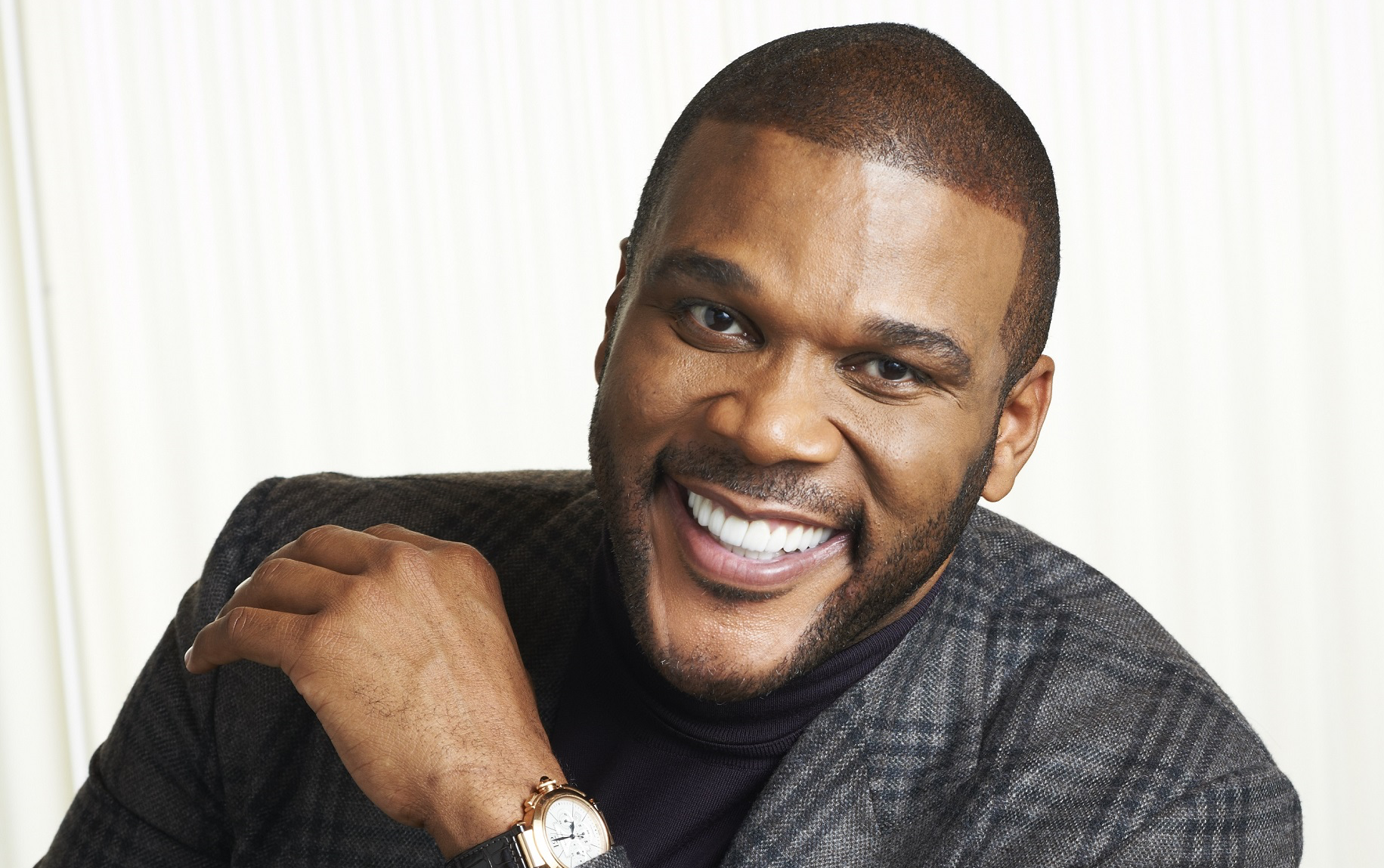 The realities of life in the pandemic , as well as very serious events , racially and socially, in the real world will also be a part of the 72nd Emmys.  For the first time in many years, the Governors Award will be on the network Primetime broadcast, and not relegated to the Creative Arts Emmys (unspooling all this week on Emmys.com  and Saturday night on FXX  with all acceptance speeches canned and pre-recorded even before voting began).  Tyler Perry will be receiving it, and his acceptance is sure to be memorable and reflect the times in which we live. But there will be more. “We think one of the things about television as a medium is that television is so immediate and is able to meet the moment. We think keeping in the spirit of what we are celebrating , that we feel as a show we need to meet the moment. The trick is to do it so we are not preaching at all, but to make sure there are a lot of different voices that need to be heard in a way that is entertaining , that is enlightening. So we definitely will be addressing the world we are currently living in. We are at an incredible inflexion point in this country and it would be remiss of us not to acknowledge that, and acknowledge TV’s role in all of that,” said Hudlin who is making history as the first African American ever to produce the Emmys. He actually downplayed that distinction and wasn’t even aware until he started reading headlines pointing it out.  He says his goal is not to make history, but to just get the job done as best as he possibly can.

Though the show promises to be innovative in so many ways from past Emmy shows, or any past awards shows, there still will be some tradition , and that includes the In Memoriam segment honoring those Television professionals we have lost in the past year. It will also be the centerpoint musical performance in the show featuring Grammy winner H.E.R.  Hudlin said he was blown away when he saw what she was doing, and says it will be a definite highlight of the broadcast.  As for any big musical opening number, don’t count on it. He says not to expect a big virtual dance segment or other type performance to kick things off.  “That is just not possible in what we can do here,” he laughed. The Television Academy did announce today some additional talent that will be involved in different parts of the show. Jason Bateman , Sterling K. Brown, Laverne Cox, Count Von Count, Morgan Freeman,  Ilana Grazer, Abbi Jacobson, Lin-Manuel Miranda,  D-Nice, Randall Park, Rupaul, Patrick Stewart,  and Jason Sudeikis  are lined up for “special appearances”.   They join a list including  Anthony Anderson, America Ferrera, Issa Rae, Gabrielle Union, J.J Watt, Lena Waithe, and Oprah Winfrey. 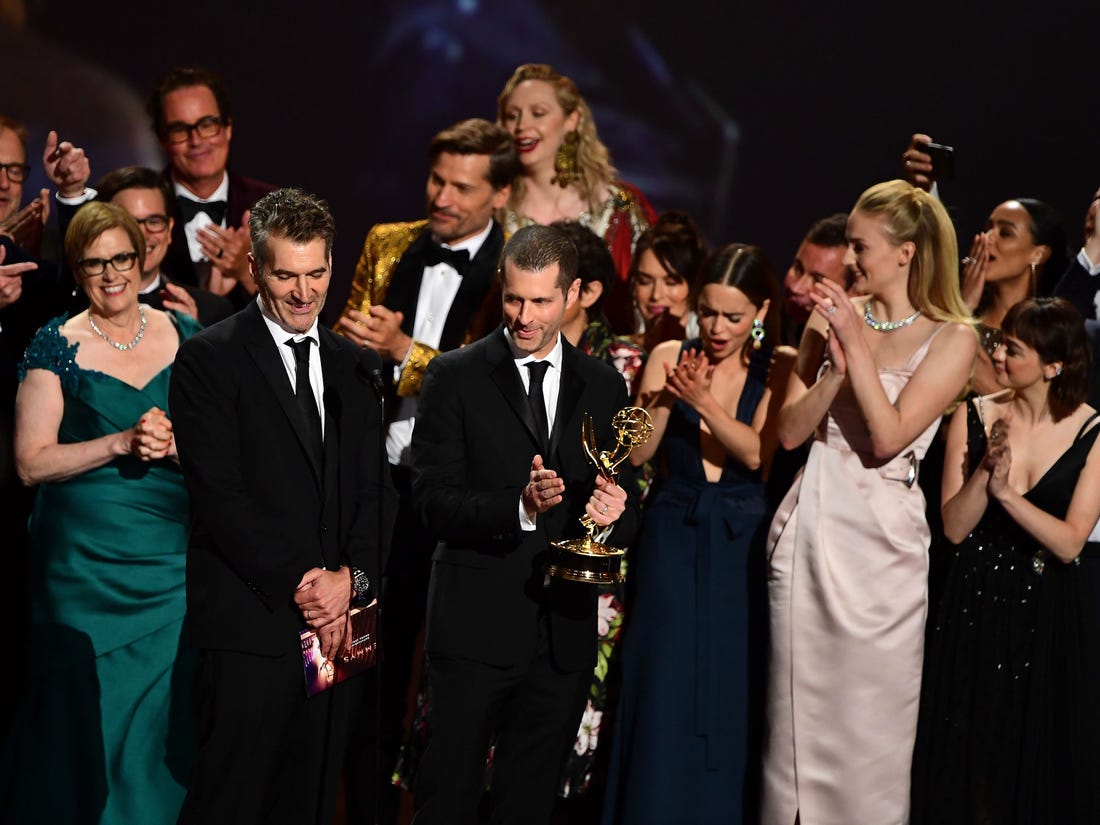 As for the usual big draw for awards shows, the Red Carpet, there obviously won’t be one although Hudlin said they actually considered doing a one hour pre show focused on fashion and the usual tropes associated with arrivals, but that the logistics of such a thing were imposing and with all the technical hurdles involved in the show itself, the idea was abandoned.  However he thinks the fashion angle can be interesting and they are encouraging stars to dress exactly how they want. He suggests a tuxedo, a designer gown, or whatever people feel like wearing including an “Addidas track suit” or “pajamas”.  No dress code here. He hopes that will satisfy those who tune into these shows for fashion.

ABC’s most current promo ad actually advertises TV’s biggest night as full of “Half The Glamour!” If features a naked Anthony Anderson emerging from a hot tub, and nominees like Tracee Ellis Ross ,Brian Cox, Issa Rae, and Rachel Brosnahan  in the “comfort” of their homes, bringing to mind what Kimmel told me when he described the show as a combo of the “Emmys and Big Brother”. Watch the spot here:

Hudlin loves the marketing approach the network is taking. He feels it is good to prepare the audience for the unexpected and an awards show like no other they have ever experienced: “Our thing is let’s just really be honest with the audience. There’s something of value in that.”

The 72nd Annual Emmy Awards airs live on ABC on Sunday at 8pm ET and 5pm PT. Fasten your seatbelts.