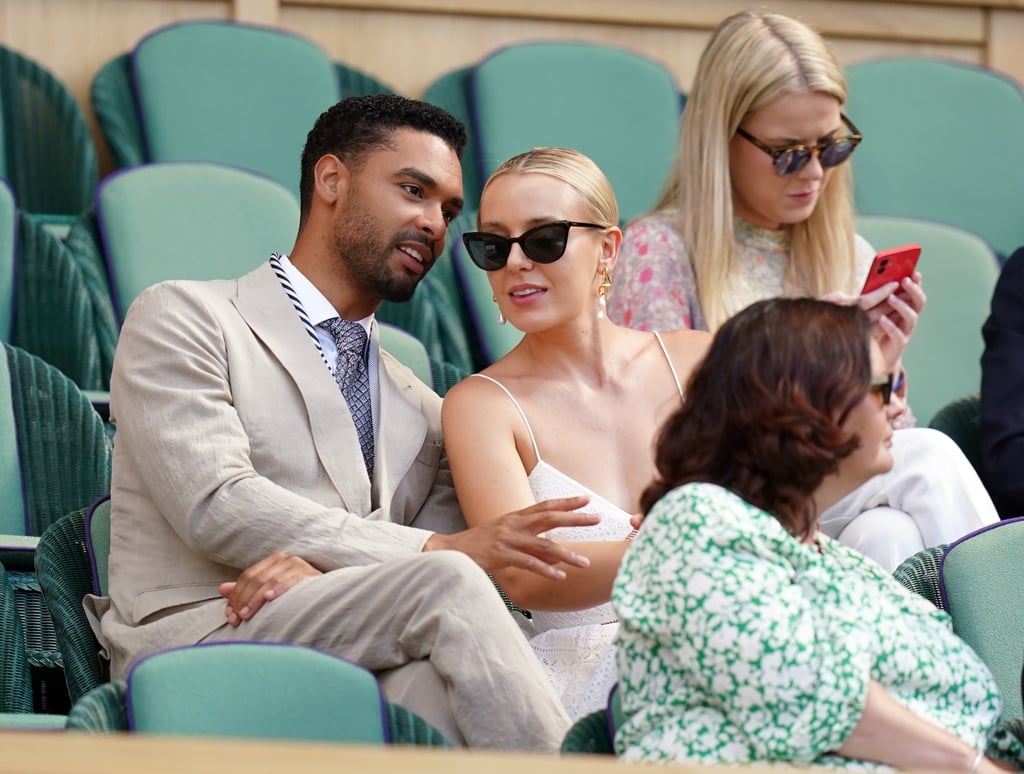 Regé-Jean Page and Girlfriend Emily Brown Hit Up Wimbledon Together

Regé-Jean Page and girlfriend Emily Brown attended the social event of the season on July 8 — and no, it wasn’t one of Queen Charlotte’s lavish balls. The couple popped up at day 12 of Wimbledon to watch tennis players Novak Djokovic and Cameron Norrie go head to head in the men’s singles semifinal match.

The “Bridgerton” actor and English writer cozied up and chitchatted in the stands wearing a beige suit and white sundress, respectively. They sat next to fellow Hollywood couple Rami Malek and Lucy Boynton while watching the action go down on the court. If only we had Lady Whistledown on the case to find out what the foursome discussed during the match.

Page and Brown have kept their relationship pretty private since first sparking romance rumors with a kiss in London in February 2021. They’ve made a handful of public appearances since then, including at the GQ Men of the Year Awards and the London Film Festival last year. Most recently, the duo stepped out for a pre-BAFTA dinner party in March, arriving to the event hand in hand but opting out of joint red carpet photos.

With Page’s latest movie, “The Gray Man,” debuting on Netflix later this month, here’s to hoping this is the first of many more glimpses into his relationship with Brown. Ahead, see all the sweet photos from the couple’s latest public outing together.