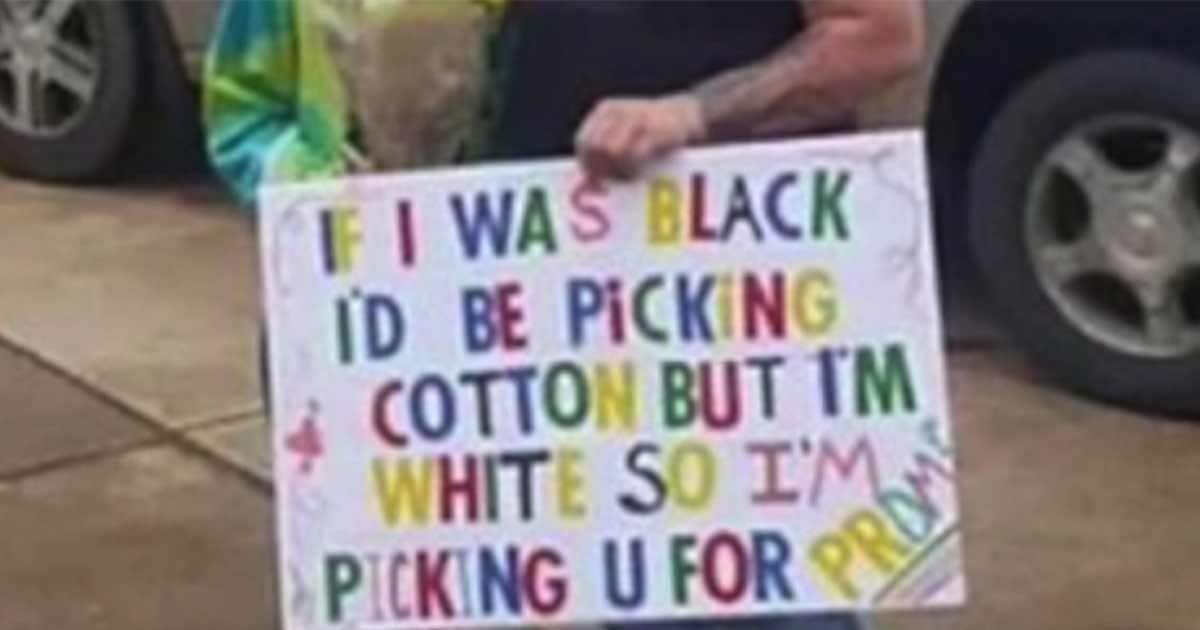 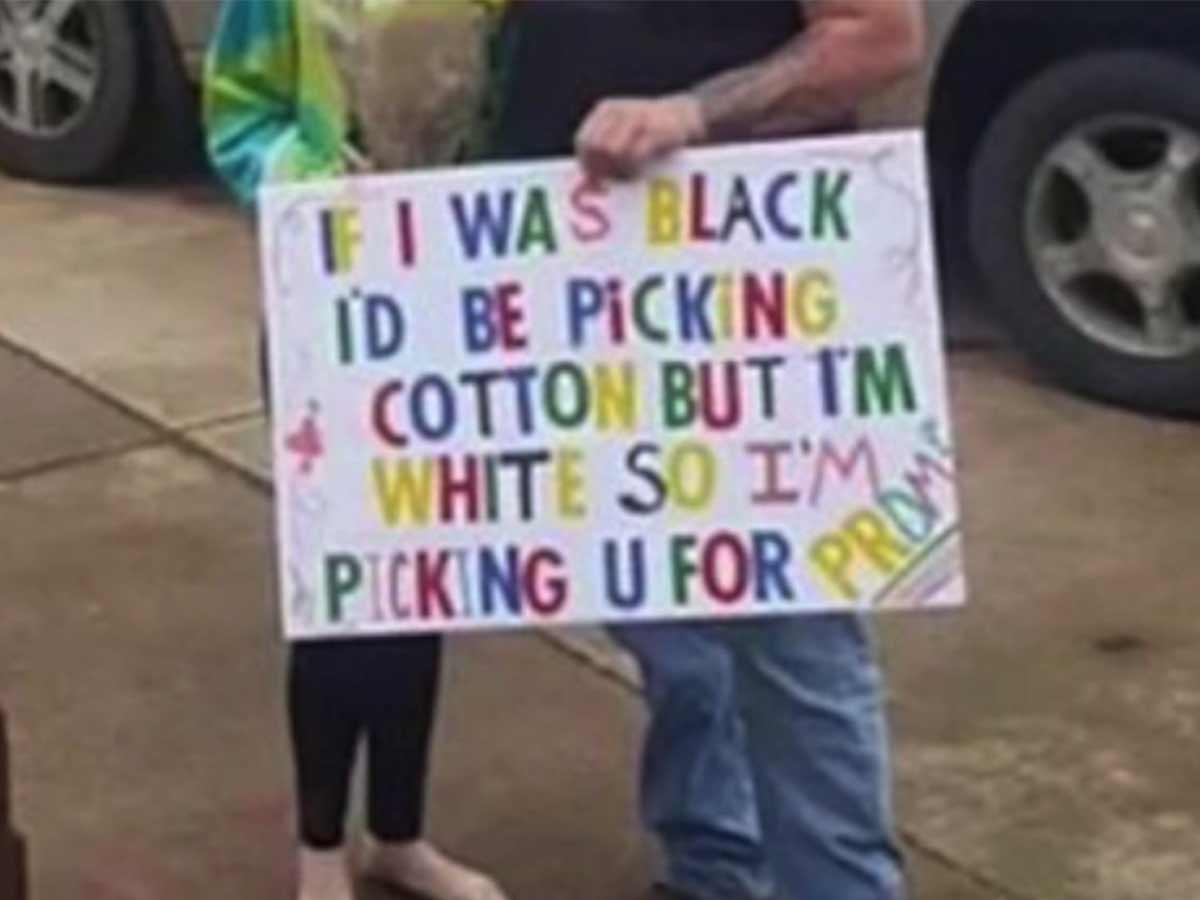 A high schooler in Ohio just joined the ranks of hardcore U.S. racists by asking a girl to go to prom with unspeakable words … and now he’s banned from the event.

The student’s invitation or “promposal” to his potential date — which he posted to his social media account — was a sign reading, “If I was black I’d be picking cotton but I’m white so I’m picking u for prom.”

The online backlash from his fellow students made its way to school officials at the Clear Fork High School, and Superintendent Janice Wyckoff banned him from attending the prom.

She claims the student was sorry for what he did and deleted his posts touting the sign.

As for his intended prom date featured in the photo … she’s reportedly a student at a different school. We don’t know if she said “yes” or “take a hike.”

It’s unclear if the student behind the sign will face further disciplinary action, but Wyckoff says she doesn’t believe this incident is reflective of the student body. She says … “This is one person making a bad decision that’s going to reflect on everybody. This is actually a terrible day in the Clear Fork Valley.”

Sadly, a quick internet search of this particular racist promposal yields several results … a number of white students from many different schools over the course of years have used the same promposal.