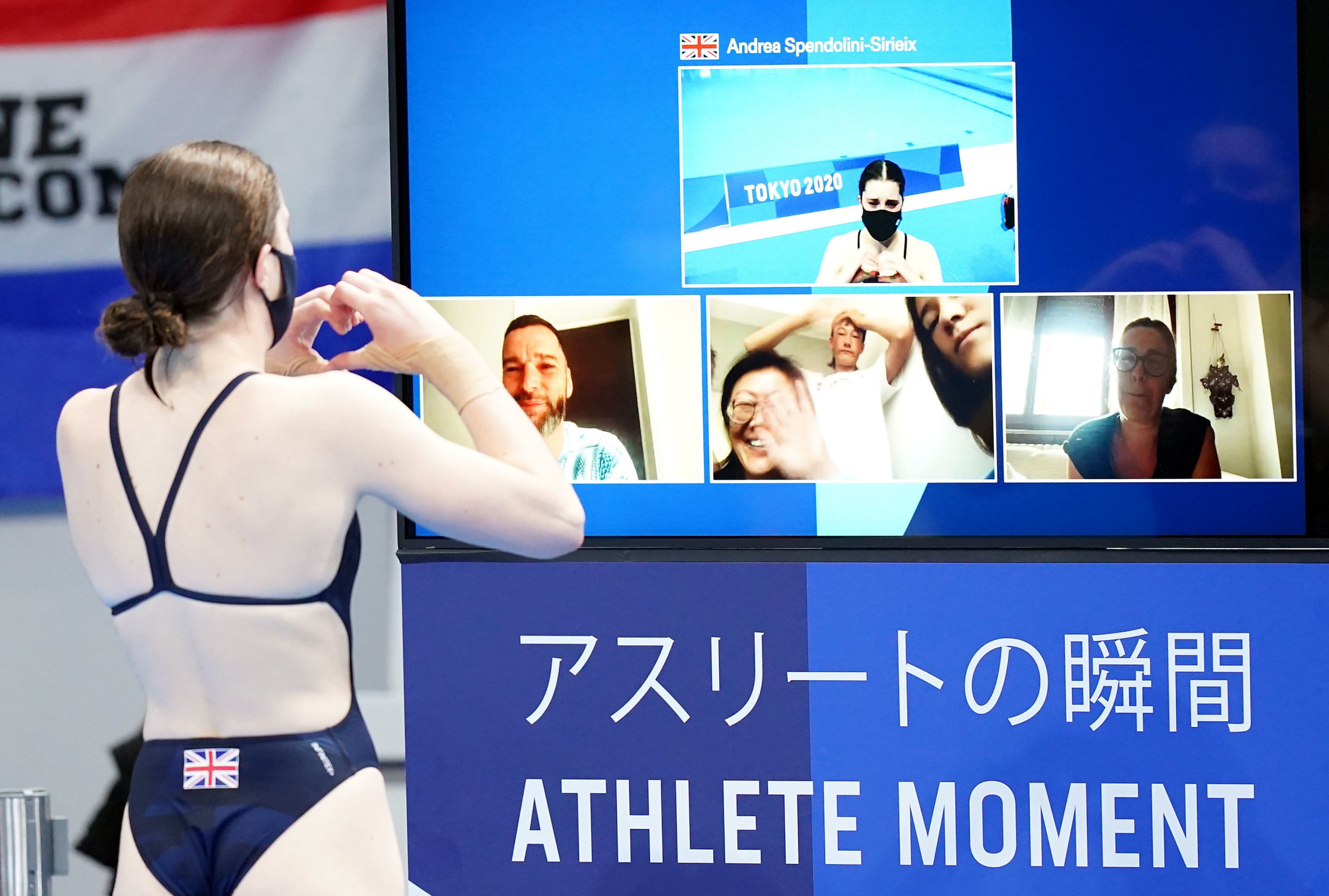 First Dates’ Fred Sirieix looked proud as punch as he videocalled his daughter Andrea Spendolini-Sirieix during the women’s 10m platform diving final at the Tokyo Olympics.

The star had been cheering on his 16-year-old daughter from overseas, with spectators not allowed in the stadiums.

However, in a sweet moment, Fred was seen on a screen poolside as Andrea’s nearest and dearest were beamed into the aquatic centre in an emotional moment.

The teen, who is Team GB’s youngest diver, blazed a trail through to the finals on Thursday morning following a spectacular semi-final push. She ended up coming in seventh place, with China taking both gold and silver with Quan Hongchan and Chen Yuxi, while Australia’s Melissa Wu landed bronze.

In photos from Tokyo, Fred was absolutely beaming on the screen as Andrea made the video call to friends and family during an Athlete Moment.

The diver – who was wearing a face mask – made a love heart sign with her hands during the emotional call, with the loved ones watching on from afar.

Fred, who shares Andrea and son Lucien, 12, with ex-partner Alex, who he was in a relationship with for 12 years, has been sharing many a snap and clip to his social media, writing on Andrea’s Olympic debut: ‘You are living your dream mon [duck emoji]. We are all with you. Enjoy x’.

With Andrea placing 10th in the preliminaries, the proud dad also shared his joy that she made it through to the next stage, adding: ‘Well done for making the semi final mon [duck emoji]. So proud of you.’

He recently opened up about not being able to be there to watch Andrea’s first Olympics, telling iNews: ‘This year is the first year I can’t travel and I have to say that watching her on TV during the Diving World Cup in Tokyo in May this year was the most nerve-wracking feeling I’ve ever had watching her dive.

‘Normally because you’re there you feel more a part of it, but watching on TV you feel completely powerless as a parent, it’s very hard.

‘When you watch football or a 100 metre race, you can be detached enough to enjoy it, but watching my daughter in a competition like the Olympics will be like an out of body experience. I won’t know whether to sit down, stand up or turn around.’