Still on the rocks. Prince William and Prince Harry continue to but heads over how to deal with their family’s private problems, royal expert Nick Bullen exclusively told Us Weekly.

William, 38, “is very shocked by the amount of things that his brother has said over the last few weeks,” Bullen claimed, referring to Harry’s revealing interview on Dax Shepard’s “Armchair Expert” podcast earlier this month, during which he compared growing up in the royal family to “living in a zoo.”

The True Royalty TV cofounder noted that while the Duke of Cambridge likely “wants the relationship repaired” between him and his brother, 36, their dynamic is “different” than that of a parent wanting to fix things with their child. The brothers’ bond is also affected by their wives not seeing eye-to-eye, according to Bullen. 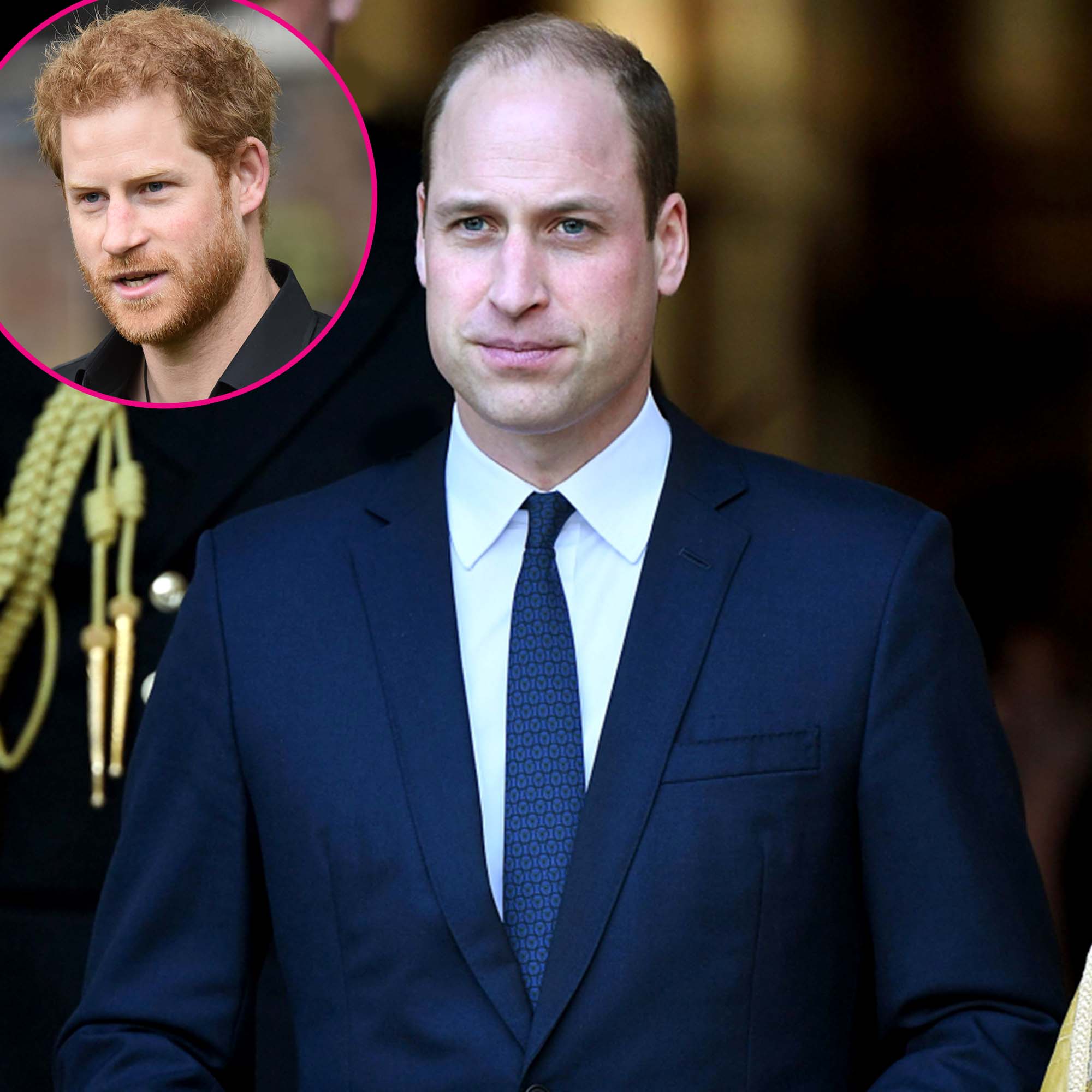 “Meghan [Markle] has been pretty clear about her views on [Duchess] Kate,” he told Us. “In every family, when [one] sister goes for slightly more [confrontation] with [the] other, then that doesn’t help the husbands in the middle.”

However, Bullen is hopefull that all of the relationships can be repaired, even “it’s going to take some time.”

For now, Bullen joked that the royal family as a whole would like the Duke of Sussex to “please stop speaking” so publicly about their inner workings.

Royally Rocky: Inside William and Harry’s Relationship Over the Years

“I’m sure the royal family and the various royal households just want a moment of calm and [are saying], ‘Let’s not have any more headlines. Let’s just have a period when no one’s speaking,’” he said.

Harry’s recent chat with Shepard, 46, made most of the royals uneasy, a source exclusively revealed.

“The queen is unimpressed with Harry’s latest interview and found it hurtful. It hasn’t done their relationship any favors,” the insider told Us this month, adding that Prince Charles and William are “livid too.”

The source explained that Harry’s public persona “definitely hasn’t helped with healing the rift” between him and his family members following his exit from palace life.

Bullen previously told Us that it’s widely believed that William and Harry “are not talking at the moment,” despite appearing on better terms at their grandfather Prince Philip’s funeral last month.

The royal brothers have had a rocky relationship over the past few years, which worsened when the military pilot and his wife’s CBS tell-all interview aired in March. During the sit-down, Harry claimed that William was “trapped” by his role as the future king of England, noting that he still loves his brother “to bits” even though they’re on different paths.

The siblings reunited in April for the first time since Harry and Meghan, 39, relocated to California following their step back as senior royals in March 2020. Harry attended the Duke of Edinburgh’s service solo as Meghan, who is expecting the couple’s second child, wasn’t given doctor’s clearance to travel. 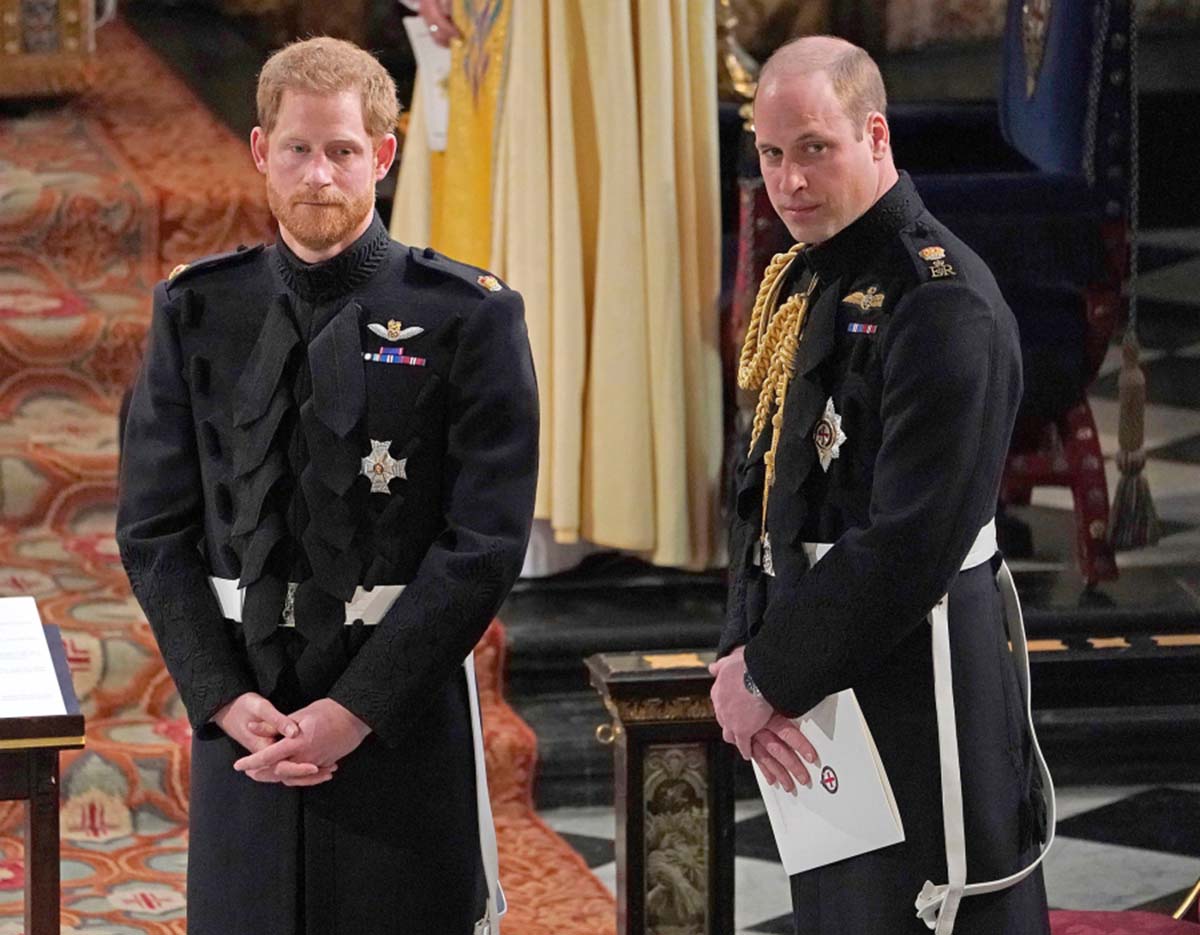 Following the church ceremony, Harry was spotted chatting and walking with William and, Kate, 39. Body language expert Elaine Swann exclusively told Us at the time that the brothers’ gestures toward one another at Philip’s funeral were a “very hopeful [sign] for these two young men.”

Bullen agreed with Swann, telling Us in May that although Harry and William appeared to be “frosty” at times during the reunion, it was clear that Kate was “doing her best to build bridges,” and “softly, softly seems to be the order of the day.”