In the new series The Me You Can’t See, Prince Harry shares the devastating ways royal life took a toll on him and his wife, Duchess Meghan, when they were working members of the monarchy. What was particularly hard was living under constant media scrutiny and being met with “total silence” from the royal institution when they asked for help.

“The clicking of cameras and the flashes of the cameras makes my blood boil. It makes me angry and takes me back to what happened to my mom and what I experienced as a kid,” Harry says in the show, referencing Princess Diana’s death in a car accident after being chased by paparazzi. “But it went to a whole new depth with not just traditional media, but also social media platforms as well.”

He adds, “I thought my family would help, but every single ask, request, warning, whatever it is, just got met with total silence or total neglect. We spent four years trying to make it work. … But Meghan was struggling.”

In January 2019, while Meghan was six months pregnant, she shared her emotional turmoil with Harry. As she previously shared in their joint interview with Oprah Winfrey, she was suffering so badly she “didn’t want to be alive anymore.”

“Meghan decided to share with me the suicidal thoughts and the practicalities of how she was going to end her life,” the Duke of Sussex says. “The scariest thing for her was her clarity of thought. She hadn’t lost it. She wasn’t crazy. She wasn’t self-medicating, be it through pills or through alcohol. She was absolutely sober. She was completely sane.

“The thing that stopped her from seeing it through was how unfair it would be to me after everything that happened to my mum and to now be put in the position of losing another woman in my life with a baby inside of her, our baby,” he explains.

Still, they had to carry out royal duties that evening and attend an event at Royal Albert Hall and “pretend as though everything’s okay.” Photos from the engagement show the couple putting on brave faces for their fellow attendees, but clasping each other’s hands so tightly. “I was ashamed that it got this bad,” Harry admits. “I was ashamed to go to my family. Because to be honest with you, like a lot of other people my age can probably relate to, I know that I’m not going to get from my family what I need.”

The arrival of their first child, Archie Mountbatten-Windsor, changed everything. “I then had a son, who I’d far rather be solely focused on, rather than every time I look in his eyes wondering whether my wife is going to end up like my mother and I’m going to have to look after him myself,” Harry adds.

“That was one of the biggest reasons to leave, feeling trapped and feeling controlled through fear, both by the media and by the system itself, which never encouraged the talking about this kind of trauma. Now, I will never be bullied into silence.” Even when he and Meghan did choose to step back from royal life, they were met with resistance. “Eventually when I made that decision for my family, I was still told, ‘You can’t do this,'” he says. “I was like, ‘How bad does it have to get until I am allowed to do this?’ She was going to end her life. It shouldn’t have to get to that point.”

The Duke of Sussex’s “biggest regret” is “not making more of a stance earlier on in my relationship with my wife and calling out the racism when I did,” he says, alluding to the public statement he made in 2016 denouncing the racist comments and tabloid reports about Meghan. 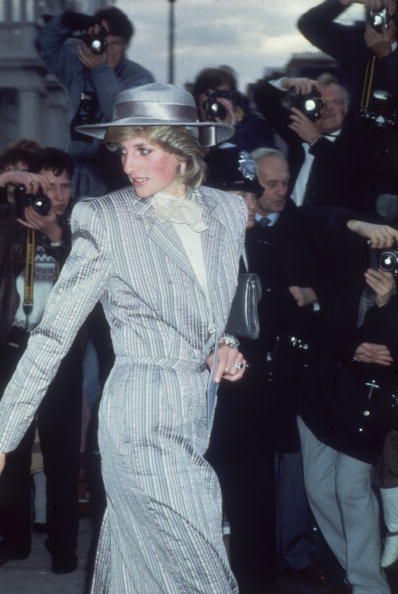 “History was repeating itself,” Harry continues, pointing out how the media treated Diana during her relationship with Dodi Al Fayed, who died with her in the fatal car crash. “My mother was chased to her death while she was in a relationship with someone who wasn’t white. And now look what’s happened. You want to talk about history repeating itself? They’re not gonna stop until she dies,” he says, drawing links to Meghan.

“It’s incredibly triggering to potentially lose another woman in my life,” Harry adds, becoming more emotional. “But the list is growing. And it all comes back to the same people, the same business model, the same industry.”

Harry also reveals in The Me You Can’t See that he is now four years into therapy to help him cope with his past trauma, and that his relationship with Meghan is what spurred him to seek help. “I knew that if I didn’t do the therapy and fix myself, that I was going to lose this woman that I could see spending the rest of my life with,” he says.