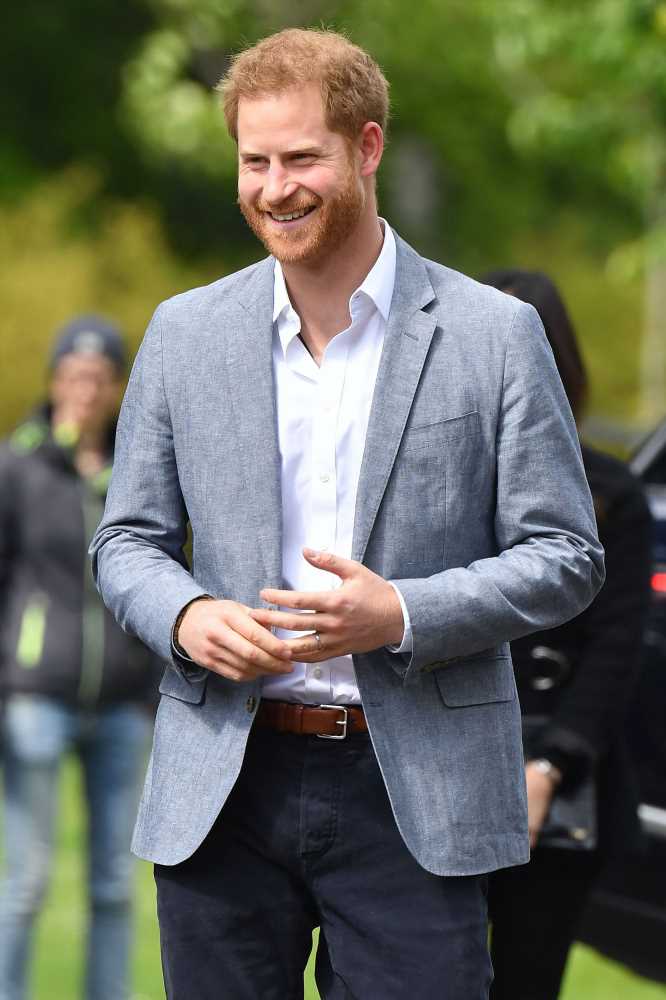 New dad Prince Harry tore himself away from his newborn baby boy Archie and wife Meghan Markle to spend a day promoting his favorite cause — the welfare of veterans.

The prince, who debuted his new son alongside Meghan at Windsor Castle on Wednesday, arrived in the Netherlands early Thursday to herald the next round of his Invictus Games, a Paralympic-style event for veterans and serving armed forces members who have been injured or wounded.

The next Invictus Games will be held in the Netherlands a year from now – following on from successful games in Sydney, Toronto, Orlando and London.

Harry spent the day in the Hague learning about the preparations already underway, meeting some of the potential competitors and their families and helping launch next year’s event that will run from May 9 through May 16, 2020.

When it became clear that his baby’s arrival was going to be around a week overdue — and because other royal family members had overseas trips planned — Harry, 34, curtailed a portion of his travel plans, cutting out a trip to Amsterdam that was initially planned for Wednesday.

Instead, he spent part of the day standing alongside Meghan and proudly showing off their son – and introducing him to his great-grandparents Queen Elizabeth and Prince Philip.

The Invictus Games uses the power of sport to inspire recovery, support rehabilitation and generate a wider understanding and respect for wounded, injured and sick servicemen and women. And the next one will take place in the Hague with over 500 competitors from 19 nations competing in nine adaptive sports events.

It is poignant that the Netherlands was chosen to host the 2020 games as it will be 75 years since the end of World War II and the city being rebuilt in 1945. Princess Margriet of The Netherlands, who was recently announced as honorary Chair of the Recommendation Committee of the Invictus Games The Hague 2020, also joined Harry at the event.