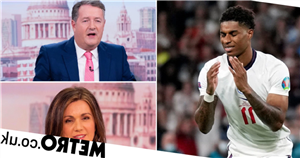 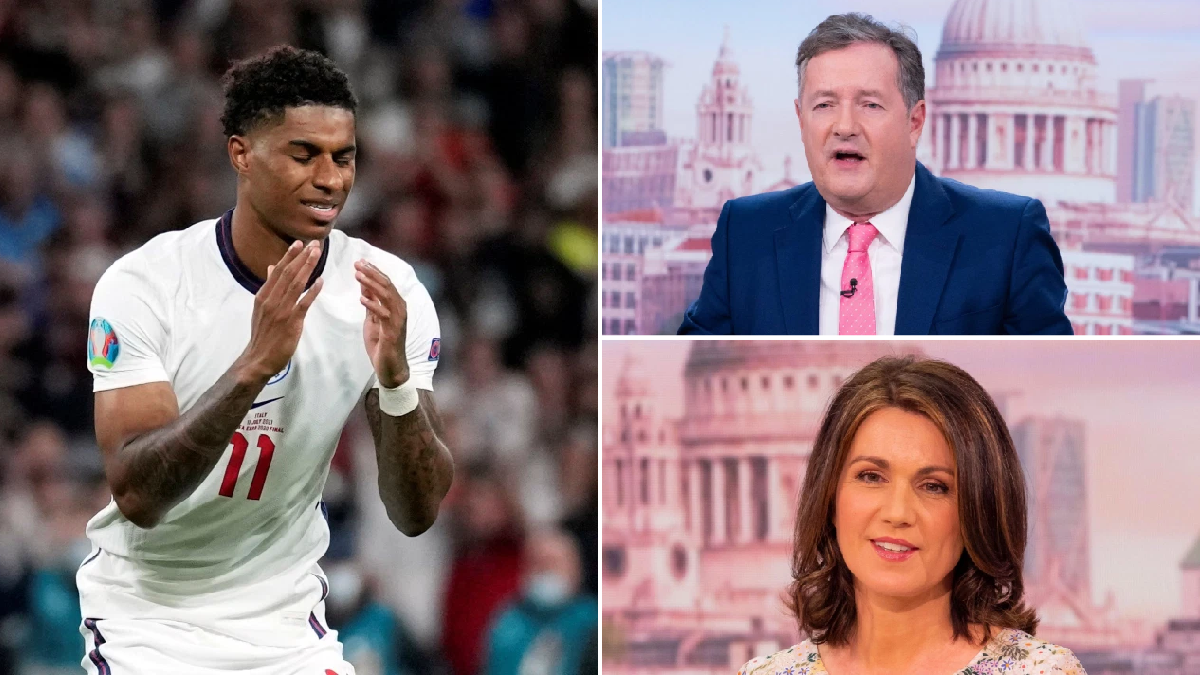 Piers Morgan and Susanna Reid are among the several celebrities who have voiced support for Marcus Rashford as he addressed the racist abuse he’s received following the Euro 2020 final.

The footballer apologised for letting people down and vowed to come back stronger in an emotional open letter after missing his penalty in England’s defeat to Italy on Sunday night, also thanking the majority of fans for their support.

The Manchester United forward was one of three players to fail to score in the shoot-out alongside Jadon Sancho and Bukayo Saka. All three have since suffered racist abuse on social media.

A number of famous faces have rallied around Marcus following his post and demonstrated an outpouring of love for the sporting hero.

‘Win or lose we stand with you .. Hold those heads high..’

‘It’s time to rid racism from your platforms once and for all!’