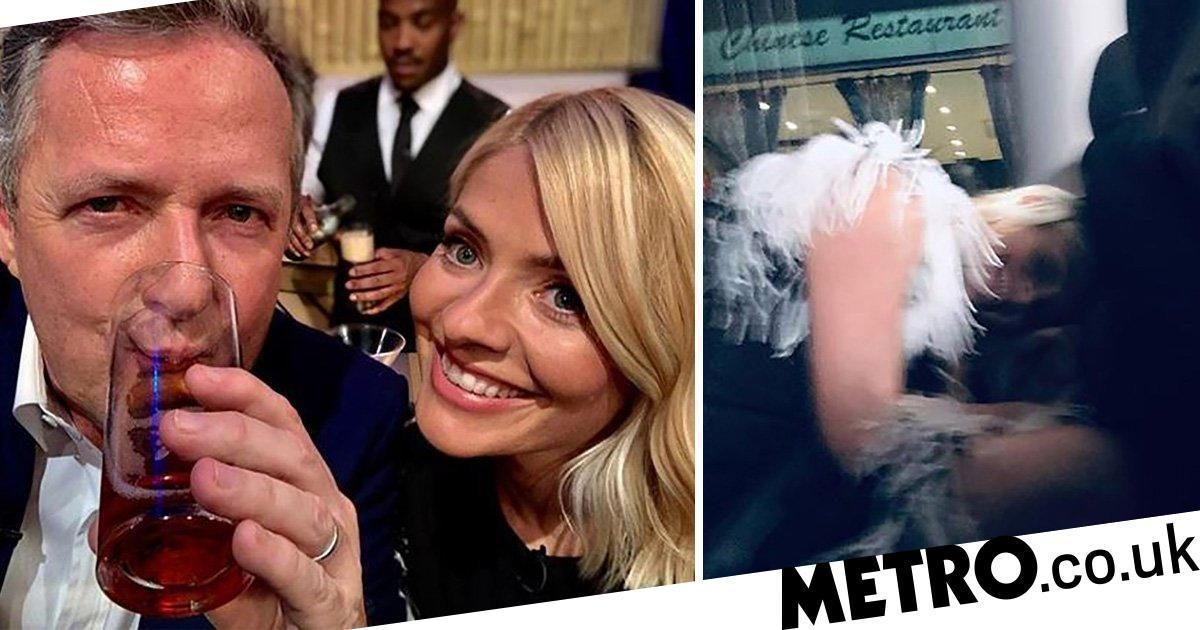 Piers Morgan got together with mate Holly Willoughby last night and if his social media is anything to go by, the pair had a riot of a time.

They were both helping out mate Bradley Walsh on his new gameshow Late Night Guestlist and we can only imagine there are some sore heads for both this morning.

Earlier in the evening, Piers took to Instagram to show us what was going on behind the scenes, as he shared a drink with the This Morning presenter.

Good Morning Britain’s Piers appeared to be sipping a beer as they hung out in a bar area, as Holly beamed for the camera.

While she didn’t appear to have a drink in hand, Piers gave up the ghost as he wrote: ‘Getting drunk on TV with @hollywilloughby. Her favourite hobby.’

Well, we can hardly say we’re surprised by his comment seeing as Holly and Phillip Schofield have long documented their love of a pre-show tipple. And more power to them, frankly.

They didn’t stop at just one, though, according to Piers’s later post that appeared to show Holly passed out in a cab.

Wearing the black, feathered dress she was seen sporting in the lead up to #cabnap, poor Hols looked a little worse for wear and we can only imagine the gawking lens of one Piers Morgan wasn’t going to help situations.

Tagging the host, Piers wrote: ‘The evening has deteriorated somewhat.’

Never mind, though, as Holly still had a giant grin on her face as Piers’s camera work looked a little shaky while they drove past a Chinese restaurant.

As a sign of the weird ways to come, fans were left scratching their heads after Holly tried to flog her fridge for £30.

We should have known then it was going to be a really bizarre night.

Anyway – we’re going to hazard a guess there is a Bloody Mary being whipped up for all, stat.