Paulina Porizkova has paid tribute to her sons who graduated college after the ‘worst year’ of their lives, following the tragic loss of their dad.

Supermodel Paulina Porizkova has celebrated a major milestone in her son’s life: graduation! The 56-year-old paid tribute to her son Oliver, who is celebrating his 23rd birthday on May 23, just one day after becoming a college graduate. “This weekend, I want to send out well-wishes and congratulations to everyone whose children are taking a big step into adulthood,” she captioned her May 22 photo with Oliver and her eldest son Jonathan, 27. “But my heart goes out to all of us who are attending such momentous occasions as graduations – with someone crucial missing.”

Fans of the Czech beauty would recall she was left heartbroken when her husband of 30 years, Ric Ocasek, suddenly died in September 2019. Paulina added, “Their absence in these joyous occasions is probably even more keenly felt. They SHOULD be here. There is such a painfully felt hollow where they belong.” She also noted just how proud she was of her two boys. “Both of our boys graduated on time, with honors, after having the worst year and a half of their lives.”

“I’m so incredibly proud of them. And I know he is too. Together, we’ve raised some outstanding human beings.” Paulina and Ric were married in Aug. 1989, and although they separated in 2017, they were still involved in each other’s lives. Tragically, she was the one who found Ric when he died in his home. Paulina later recalled, “I’m like, ‘Okay, this is what I’m facing now. Now I have to go and tell our children.’ In my mind, I walked downstairs and said, ‘Guys, I have terrible news.’ I’m calm, I’m motherly. I’m making sure everyone’s okay.” 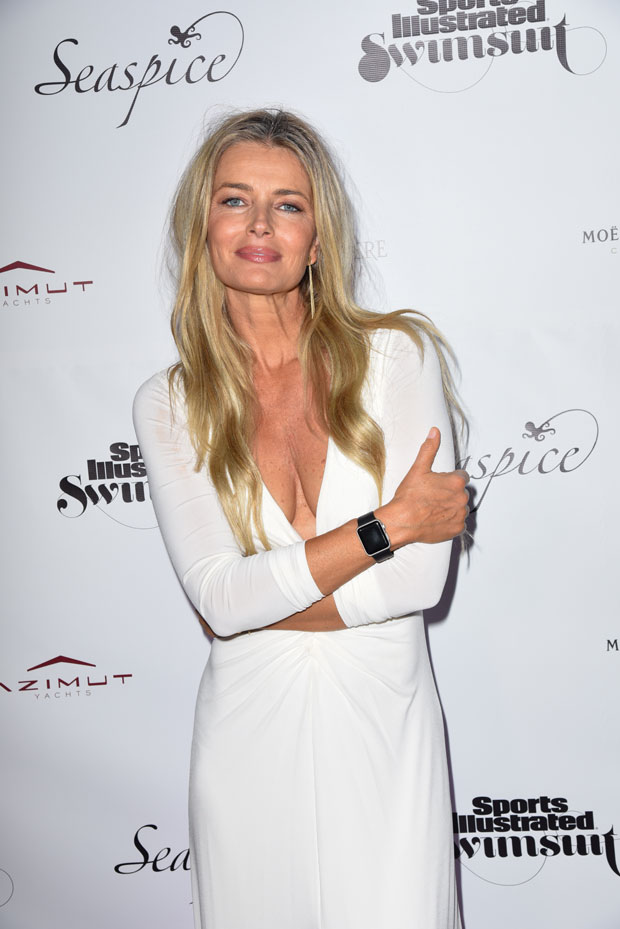 Almost two years after the tragic loss, Paulina has a new man in her life! She has been dating The Social Network screenwriter Aaron Sorkin, 59, for some time, Page Six first reported. A source told the outlet that the pair had been “quietly seeing each other for a few months” and later made their couple debut when they walked the red carpet at the 2021 Academy Awards together on April 25.