BAFTA TV Awards 2019 paid a tribute to a series of late stars including BBC actress Mya-Lecia Naylor, Freddie Starr and Dianne Oxberry, but didn’t mention Barry Chuckle. One half of The Chuckle Brothers died in August last year aged 73, following a health battle. The actor was widely known for his role in comedy series ChuckleVision alongside his brother Paul Chuckle, 71. After The Memoriam segment was aired last night, many fans flocked to Twitter to query why Barry was snubbed from the tributes.

He should have been mentioned @BAFTA.

Paul responded to a Twitter user who seemingly hit out at the show in a now-deleted tweet.

In view of his 152,000 followers, he wrote: “I quite agree my friend. We received our BAFTA’s ten years ago. He should have been mentioned @BAFTA.”

Many of Paul’s social media fans responded to his comment, with one commenting: “Completely agree.

“Still, you and Barry were such a massive part of all our childhoods and that will never be forgotten!

“There’s never been another kids TV programme that comes close to Chucklevision.”

Elsewhere, another Twitter user wrote: “THEY MISSED BARRY CHUCKLE. WHAT A DISGRACE #BAFTAS.” 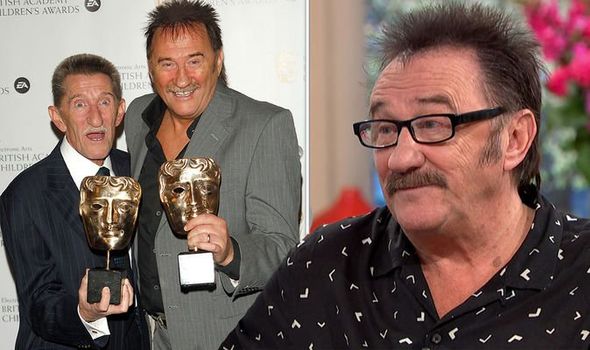 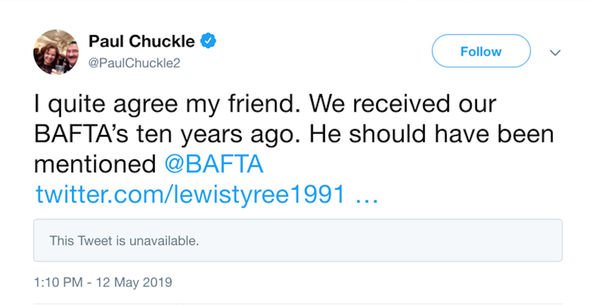 A second penned: “@BAFTA was there a reason as to why Barry Chuckle wasn’t mentioned!!!!

“Shame on you, years of entertainment and you can’t even acknowledge him. @PaulChuckle2.”

A spokesperson for BAFTA responded to the tweet, writing: “Barry was featured at our Children’s Awards ceremony in November.

“Owing to the number of people we can recognise at any one time, names are featured within a ceremony only once. 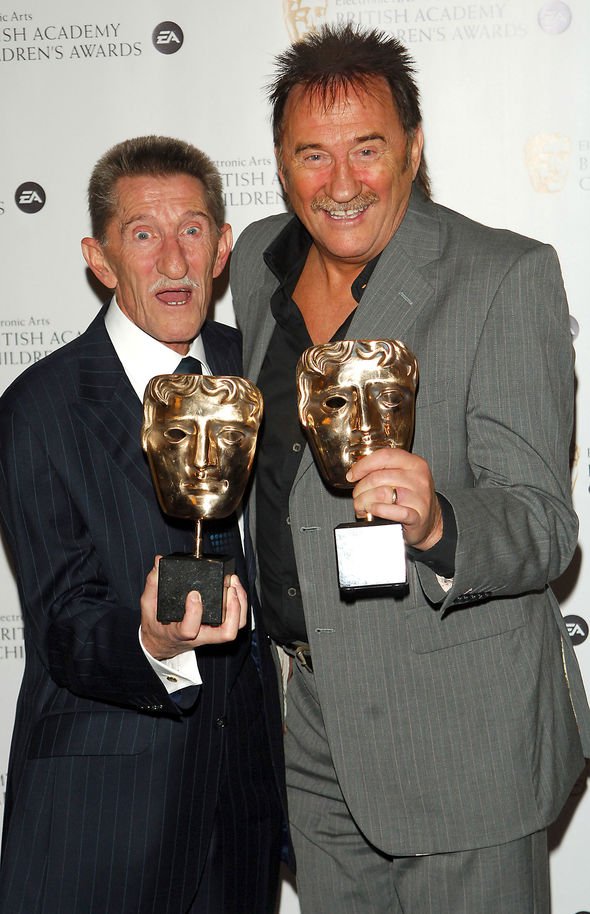 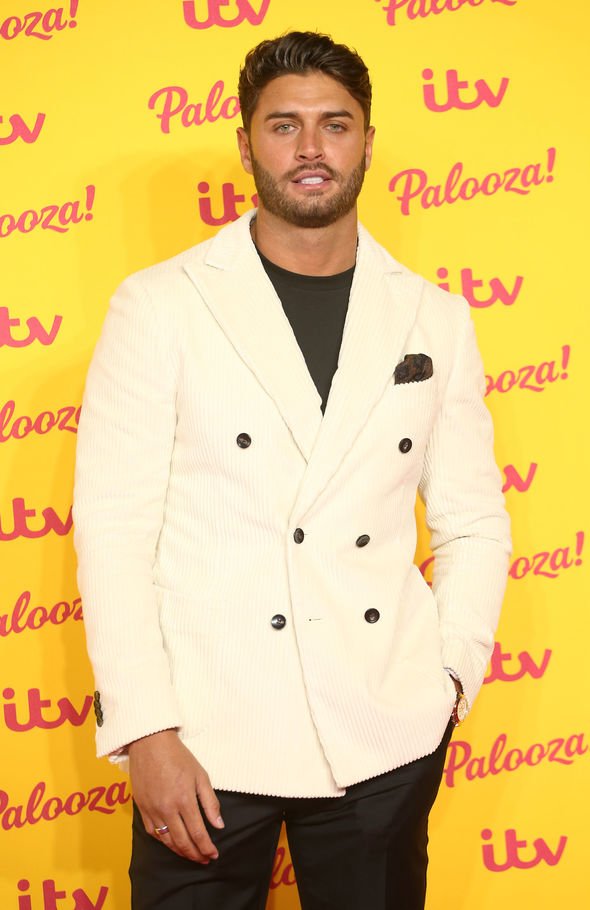 Mike was found dead in Edmonton, North London at the age of 26 back in March.

One user wrote: “Why wasn’t Mike Thalassistis featured in the @BAFTA ‘In Memoriam’ segment?

Express.co.uk has contacted a representative for BAFTA for comment.

For confidential support call the Samaritans in the UK on 116 123 or visit a local Samaritans branch.