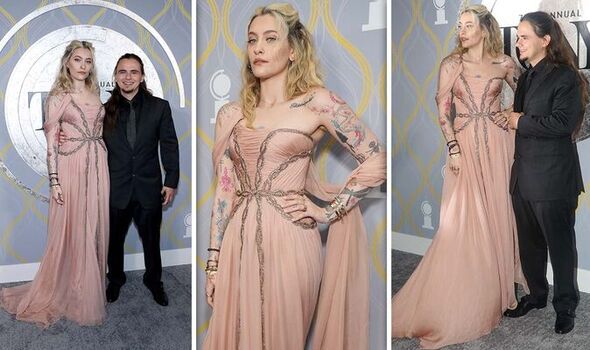 They wowed with their transformation

She was accompanied by her brother Prince, 25, who looked dapper in a suit paired with black shoes, and a shirt and tie.

The siblings stunned fans of the late King of Pop with their grown-up transformation, as the duo posed up a storm on the red carpet before paying tribute to their father on stage during the ceremony.

Paris Jackson made a glamorous appearance

She was accompanied by her older brother Prince

The pair posed up a storm on the red carpet

His all-black look included black shoes, and a shirt and tie

Paris and Prince Jackson wowed fans with their grown-up transformation

They paid tribute to their father on stage during the ceremony